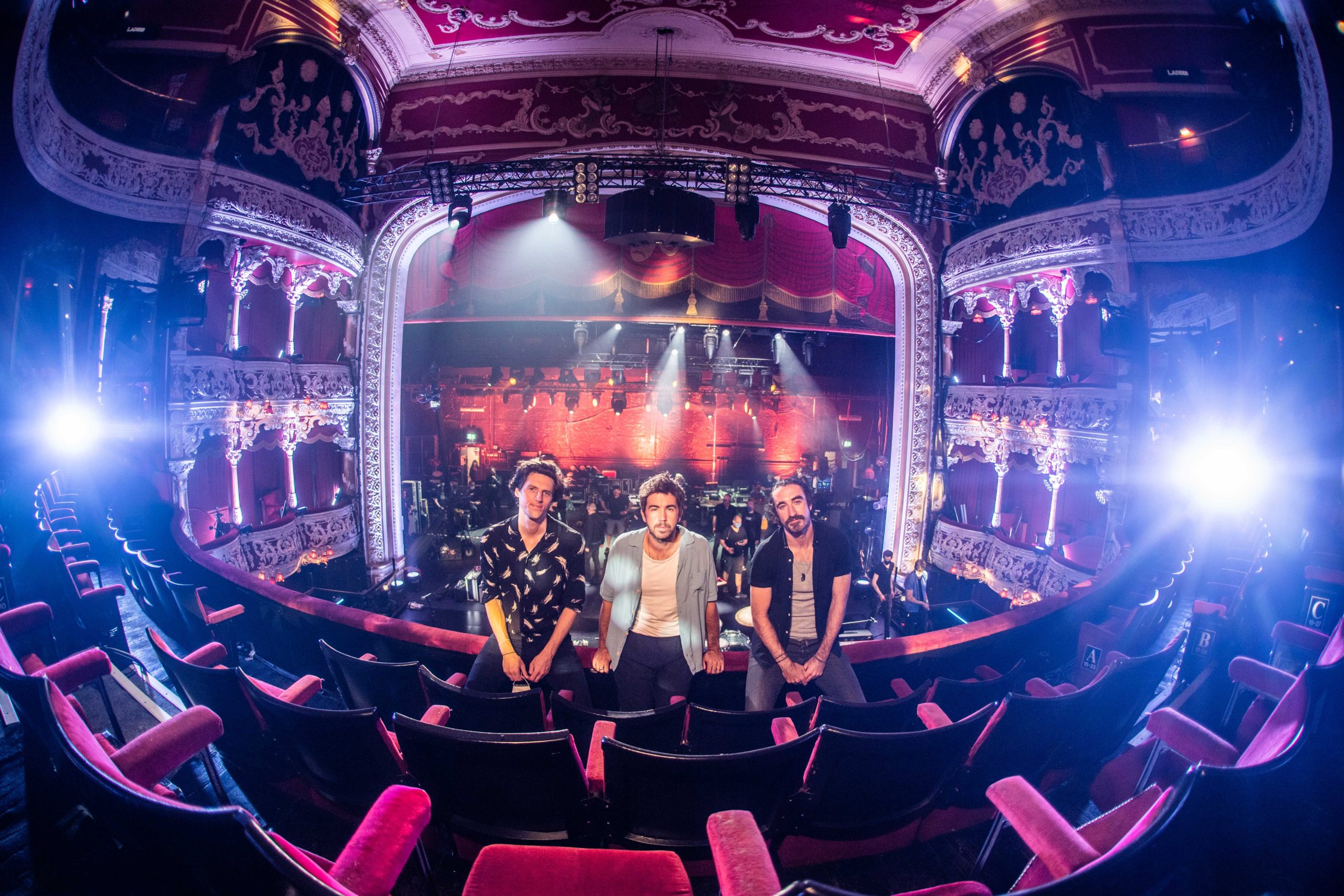 The Coronas reheasing ahead of "Songs From An Empty Room" at the Olympia Theatre, Dublin. Photo By Ruth Medjber

The Songs From An Empty Room live broadcast on RTÉ last Saturday raised €400,000 for workers in the live music event industry.

The event which featured performances from Picture This, Gavin James, Soulé, James Vincent McMorrow, The Coronas (pictured), Denise Chaila and more highlighted the plight of the workers in the live music industry who I have been writing about this week – unable to work by government yet not sufficiently supported.

The final total will be split evenly between two events industry organisations – Minding Creative Minds, which provides 24/7 counselling services for those who work in the music business, and the AIST Hardship Fund, administered by the Association of Irish Stage Technicians (AIST) and available to all live events professionals in Ireland.

However, EPIC the group formed in the pandemic to address the live production events workers in Ireland have warned that while the above is good news, it is not enough to help the estimated 35,000 people who are worth €3.5 billion annually to the Irish economy.

They have called on the government to address the sector directly:

EPIC is calling on the government to immediately review the Wage Subsidy Scheme amendments that mean the scheme will no longer be made available to proprietary directors of companies saying:

“The majority of companies in the live events industry are small businesses, with many directors paying staff before themselves, impacting on their ability to take their own modest salaries, support families and pay bills. This amendment by Government will be the death knell for hundreds of long-established events suppliers and businesses, resulting in loss of employment for thousands, who will then have to be supported by an already overburdened social welfare system.”

EPIC say they are also hugely concerned with regards to the impending cuts to the Pandemic Unemployment Payment (PUP).

Following the Government legislation passed by the Dáil and Taoiseach Micháel Martin’s comments that those on the PUP ‘must be actively seeking work’ shows an absolute disregard for the unique situation within the live events, entertainment and arts industries. Live events professionals want nothing more than to work again, but there are no immediate opportunities in live events while the sector remains in almost total shutdown in order to protect public health. EPIC now call on Government to urgently review PUP payments for live events professionals and guard against a catastrophic wipeout of an industry that has put Ireland on the world stage and can and will return to capacity once the health crisis is brought under control. There is much that the sector can do in that time to innovate new ways of presenting live experiences, develop safe and healthy solutions so the public can once again enjoy the very basic need of physical connection with fellow citizens, professional upskilling, mentoring and teaching, contributing positively to other sectors, investing in local communities and much more.

Our industry is on its knees and there seem to be few in Government who give a damn,” said Sophie Ridley of EPIC, while Shane Dunne of EPIC said:

“It was wonderful to be involved on a show with such skilled individuals, the contribution from President Michael D. Higgins showed someone who really understands the live sector and the donation of €200,000 from U2 made for a very successful and emotional night. However, the mood was acutely marred with stress and worry, a tangible feeling of dismay and anger at the previous day’s announcement by our government, it’s very clear that we are no longer all in this together.”

“It doesn’t make any sense. The skills and wisdom built up over decades will be lost, and when live events do return there will be no-one with the expertise or the equipment to get events up and running again. We feel absolutely abandoned by our public representatives. People who have invested their entire life’s work in events, created employment, paid their taxes, invested in their communities are being ignored. Our industry has never asked for a cent of investment or funding, we’ve paid our own way for decades, built up a workforce that is in demand across the world, invested our own money, our own time in developing our skills, creating world-class events that sell Ireland across the world. Now our backs are to the wall and this Government has completely failed to recognise or address the needs of the live events industry. Doherty adds: “We were the first to be shut down and will be the last back, and we have no roadmap to recovery. Many of the SMEs who worked on Songs from An Empty Room, and many more across Ireland, who supply the live events sector will go to the wall in the next few weeks. There is little in the Stimulus Package for these small, family-owned, independent businesses, it was a real kick in the stomach from this Government.”

“The key message from EPIC since the start of this pandemic has been the need to protect the skills within the sector. We have met with so many TDs and civil servants, we have made the case, delivered a clear message but it seems to have fallen on deaf ears. The Government has turned their back on us. When they next go abroad and lay out their ‘Brand Ireland’ stall to sell our country, the festivals and gatherings, the events, the spirit, the music, the craic, they can hang their heads in shame. It is live events, entertainment and arts that drive Ireland’s international reputation, and when we needed our leaders to stand with us and recognise what we have contributed, show us that we are worth the investment, they’ve turned their backs on us, ripped out the plug and powered down an entire community.”