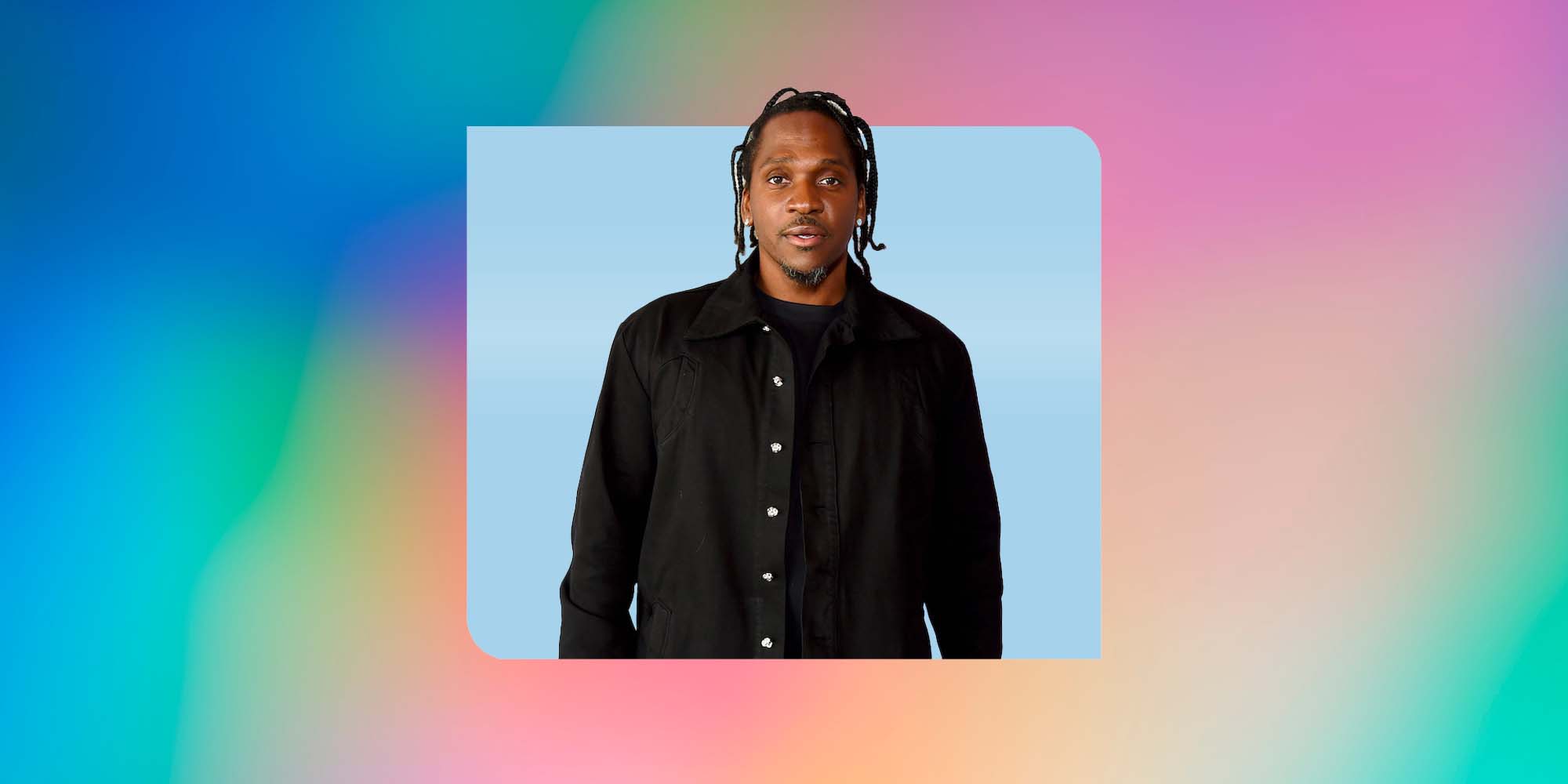 
Nialler9’s favourite songs of April, all in one place. See the playlist at the end of the article.

Just So You Remember

King Push. An inspired choice of sample of Colonel Bagshot’s ‘Six Day War’ informs the Ye-produced ‘Just So You Remember’.

You may remember the song as sampled on DJ Shadow ‘Six Days’.

Trolling through the Track ID playlists from prominent DJs like Jamie xx and Daphni on Spotify kept throwing up this weird tune. ‘Home’ is a song that samples a song featured on this website in 2015 from Danish alt-pop band Chinah – ‘Away From Me’

Two Shell are a London duo and this high-tempo breakbeat bass bootleg-style track is glue for the senses. It originally came out digitally earlier this year, but I couldn’t pass up on it this week. More on the track.

Kittser is back on the New Jackson buzz with a collaboration with Icelandic artist Mr Silla, who likely met at Drop Everything on the Aran Islands a few years ago. The EP is released on Permanent Vacation.

Ailbhe Reddy’s debut album in 2020, Personal History was a step up for the Dublin musician in terms of songwriting, intent and sound.

Since then Reddy has collaborated with Sacred Animals and Elaine Mai and the album was nominated for the Choice Music Prize in 2021.

‘Inhaling’ marks the first song post-Personal History from Ailbhe, ‘Inhaling’ is a song built on a loping bassline with Ailbhe reflecting on her past singing “I was inhaling, I was always living / Six rows from the back, kicking and screaming.”

Let’s Do It Again

Jamie xx released his first song since 2020’s speedy ‘Idontknow’. ‘Let’s Do It Again’ marks a reawakening of summer festival normality with Jamie saying “I started making this tune last year, just as it felt like we might all be able to start doing the things we love again.”

It’s a soul-sampling track which builds with house music drops and euphoric drums.

Niina is a relatively-new UK electronic producer who debuted the wispy ‘Miss U’ featuring Lolo The Great.

The track operates on a base of day-glowing rhythms and vocal hooks, that builds to rhythmic synth-assisted passages with vibes of Mura Masa, Elkkla and Georgia.

Jockstrap have always been a weird outfit. Every time I drop into the profile of London duo of Georgia Ellery and Taylor Skye, I’m never sure what to expect but it’s usually pretty out there.

By contrast, ‘Concrete Over Water’ plays it straight sonically if not arrangement-wise. Along with its rich visuals, it feels like song written for a operatic stage show, a part of of a whole with twists, turns and stops baked in. It’s a delightful oddity that sounds like little else, other than the wildly dizzying Jockstrap themselves.

The song is from a forthcoming debut album on Rough Trade.

Go read Dean’s review of Aethiopes because he’s nailed it.

As does this Youtube review: Billy Woods and the Harvest of Generational Trauma.

The Couple Across The Way

An immediate magnet from Fontaines D.C.’s third album Skinty Fia. This song is almost all Grian Chatten, playing the accordion and all, which sonically is a new route for the band.

Listen to our podcast review of the album.

I was living in a flat with my girlfriend [and] there was a couple across the way. It was like a Rear Window kind of setup at the back. There was a little courtyard and across from the courtyard, there was a really old couple. They used to have really turbulent and loud arguments. You’d hear them really screaming at each other. They’d be roaring their heads off. During the argument, the man would just come out onto the balcony and he would look left and right, and just take a deep gulp of air. Kind of hang his head and collect himself and then turn around and go back in.

Polica are a band who have been almost constantly creatively active, despite having a family, lead singer Channy Leaneagh’s actual back-breaking injury in 2018. It’s all good now, and Madness, the Minneapolis band’s sixth album comes out on June 3rd on Memphis Industries, a companion piece of sorts to 2020’s When We Stay Alive.

Now properly, a four-piece along of Leaneagh, Ryan Olson, bassist, Chris Bierden and drummers, Ben Ivascu and Drew Christopherson, ‘Alive’ is typical of the band’s light and shade synth pop.

Enya and Throbbling Gristle are the main influence points for Kelly Lee Owens new album LP.8. Recorded in Oslo during lockdown with avant-noise artist Lasse Marhaug, ‘One’ encapsulates that industrial ethereal push and pull between those two touchpoints.

Warpaint are gearing up to release their first album, Radiate Like This, in six years on May 6th and we’ve heard ‘Champion’ and ‘Stevie’ to date.

‘Hips’ is Warpaint’s vibe, a guitar line folding over a shuffling beat and hypnotising melodies.

Warpaint play the National Stadium on May 14th.

Belfast jazz-punk band Robocobra Quartet’s last single ‘Heaven’ was a big highlight of February for me.

‘Wellness’ is a song that literally takes an actual newspaper article which details the daily routines of influencers aloud.

“There’s a song by The Fall called Dr Buck’s Letter where Mark E Smith reads out an interview by Pete Tong and there’s a beautiful absurdity to it so I thought I should just repeat this article verbatim as it didn’t need any fictionalising at all,” says Chris Ryan.

The song is from the band’s Taken from their forthcoming album Living Isn’t Easy out June 17th via First Taste.

Ross From Friends is all over this remix of East London rapper Jeshi and it works so well. ‘His version is giving me Overmono and The Streets ‘Blinded by the Lights’ vibes.

This version of ‘Suite: Jonny’ (made of ‘Jonny’ and ‘Jonny (Reprise)’ from 2019’s Atlanta Millionaire’s Club) while also being unfurlingly beautiful also highlights the unique timbre of Webster’s singular voice. Trey Pollard conducted the orchestra.

“This is the song that sparked the whole concept for this project for me. It’s also one of the first songs that I ever wrote that I felt was truly honesty and had true transparency, which I think is maybe why so many people relate to it. I wanted to be able to relive this song in a way that felt new at the same time, which is why I really like the direction that Trey took these orchestral arrangements.”

“In our collaboration we talked about the idea of needing a catalyst, or inspiration coming from a reaction to something. Like when you think you hear a friend say something, and they said something else, but what you thought you heard was actually something that you wrote, that you generated, and had a clear channel to grab it because your sense of self didn’t get in the way.”

More on the collab.

From the American producer’s fifth album Dance Ancestral is out on Stone’s Throw today, ‘Pan’s Dance’ is a aptly-titled song – drawing on nebulous electronic and soul, a repeating flute loop that gets underscored with bass and piano and a languid air.

LA trio Automatic (Lola, Izzy and Halle) make great post-punk dance music, and as it is very much my vibe right now, I love this.

It’s from their new album Excess out on June 24th on Stones Throw.

The closing track from a joint EP on AD93 from TSVI and Loraine James really grabbed me this morning. Full release is May 13th.

Kae Tempest’s new album with production by Dan Carey The Line Is A Curve was released last month. ‘I Saw Light’ is a spidery track that features a spoken verse from Grian Chatten, which definitely isn’t a rap verse .

Podcast: Our favourite music of April