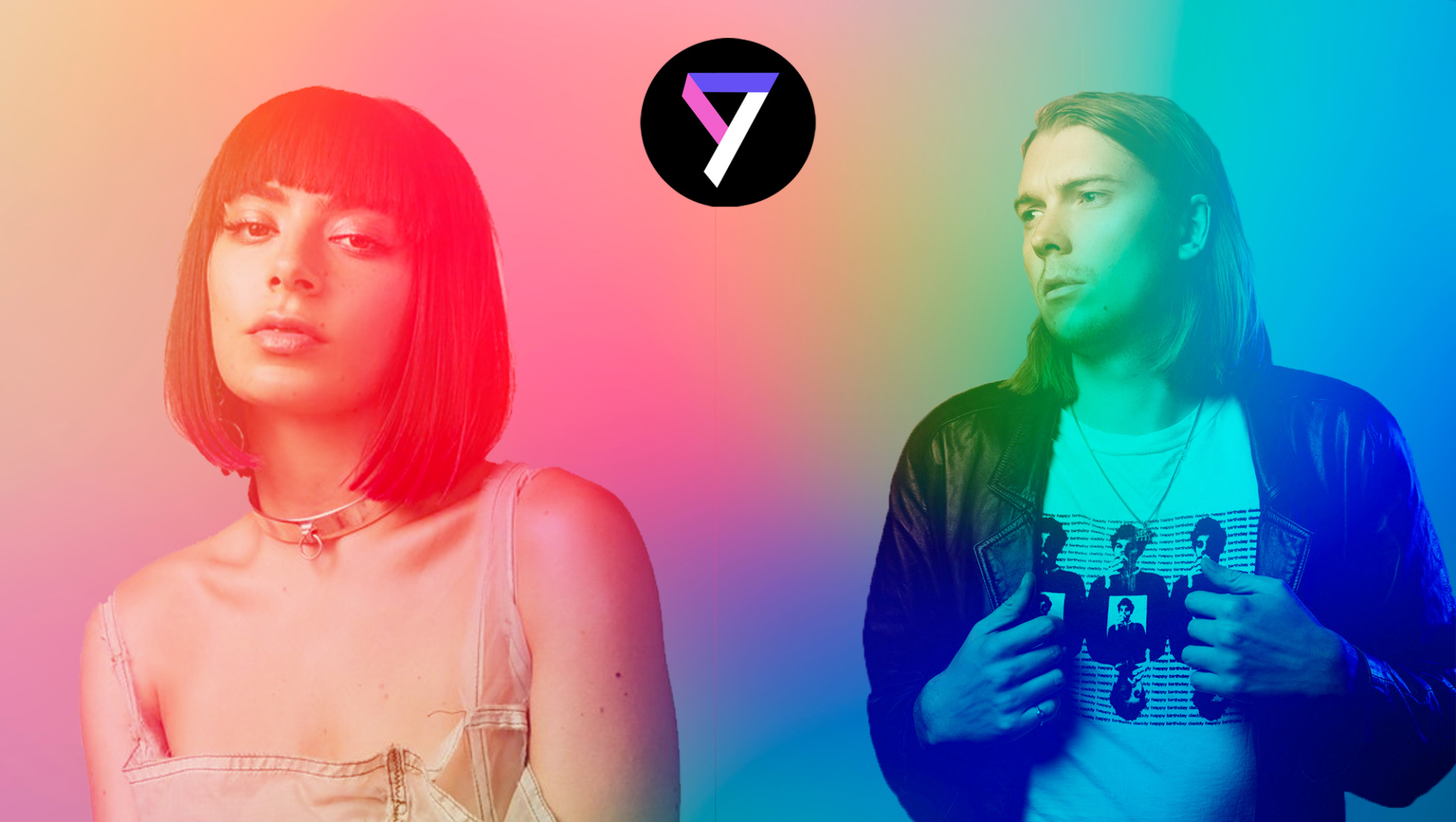 Australian singer-songwriter Alex Cameron comes through with one of the most bizarre & witty albums of the year with Miami Memory. ‘Stepdad’ is the opener. Seemingly set around a stepfather explaining to his step son why he’s leaving. Lyrics are golden, equal parts sincere and facetious. The arrangement is like if Bruce Springsteen and Future Islands had a lovechild.

Kojaque and Luka Palm‘s Green Diesel is a completely different beast to Kojaque’s Deli Daydreams but it’s no less essential. Album highlight ‘Spit Dat Out’ is an infectious trap bounce showcasing the collaborative contrast between the duo. It’s a blast of tongue-in-cheek rap posturing with heaps of pop hit potential.

‘Raise Up’, the fourth single from Kindness’ third studio album, is a fine slab of gospel joy. Melding house beats with gospel vocals, ‘Raise Up’ issues an uplifting instruction that can’t be ignored when delivered with so much soul. Infectious piano riffs and bouncing brass interjections make the song feel like a jam session between a group of extremely talented friends and it’s impossible to listen without cracking a smile.

Phil Elverum and his various projects are always a reliable source of raw emotion and ‘Love Without Possession’ is no exception to the rule. Teaming up this time with Julie Doiron (Eric’s Trip), Mount Eerie shares simple poetic ruminations on lost love and relationships with an exceeding earnestness. It’s a step towards the light away from the autobiographic heartache of 2017’s A Crow Looked At Me with lyrics like ‘What would be the use in becoming/A symbol of walking desolation?’ marking a change of musical mindset for Elverum and it’s a wonderful thing to hear.

Girl Band‘s long-awaited The Talkies has arrived like a boundary-pushing hurricane and ‘Couch Combover’ is its crushing peak. Alternating between mathcore-esque urgency and free-flowing jazz energy, ‘Couch Combover’ is a measured cacophony that was built to wake the dead.

Lana Del Rey‘s sixth studio album Norman Fucking Rockwell has been released to a storm of critical praise and instant fan love and it’s easy to see how. Seventeen tracks of inward-looking barebones, atmospheric confessionals have created Lana’s most sincere and vulnerable outing to date, resulting in an album that feels both timeless and highly specific to the times we live in. Opening track ‘Norman fucking Rockwell’ is a manifesto piece for the album, swiftly asserting a wryly confessional tone granting insight into her real-world experiences of womanhood and the man who made those experiences more difficult against a backdrop of warm piano-led balladry.

‘Perpetual Party’ is a gothic reimagining of the contemporary classical. A mix of ambient synths and theatrical vocals. It’s a compelling mix, pushing the audience always toward total immersion.

Cross You Out ft. Sky Ferreria

Charli has consolidated Charli XCX‘s place as one of the most forward-thinking, interesting pop singers releasing music right now and ‘Cross You Out’ is another huge collaborative slice of industrial glitchiness. With an added injection of emotional vulnerability in comparison to much of her other work, ‘Cross You Out’ is a Charli ballad that still knows how to party.

After a triumphant set at Electric Picnic, Nealo returns with ‘Angel On My Shoulder’, his strongest single to date. It’s a difficult feat to get audiences interested in listening to a new artist but it’s even harder for them to care about the story of that artist. On ‘Angel On My Shoulder’, Nealo moves from being a promising new artist to actively taking us on a journey with him through personal lyricism that grounds his music in context and provides it with a sincere heart. Innrspace’s instrumentals go down like butter whilst Nealo’s tidy and distinct flow is only growing in confidence.

Do It Without You

‘Do It Without You’, the latest track taken from Jacques Greene’s upcoming second album Dawn Chorus, takes the producer away from his house roots and towards a more restrained UK Garage direction. As with much of Greene’s work, ‘Do It Without You’ opts to dabble in forms of more melancholic club music as shuffling breakbeats push against eerie atmospheric ambience and a repeated vocal sample coming from the distance. Another exciting cut for anyone with a passion for crying in the club.

Just Mustard return with a characteristically moody atmosphere on new single ‘Seven’. Washed out vocals and tightly wound guitars interlock to build a measured tension that is both emotionally gripping and sonically impressive. The Dundalk act improves with each release and ‘Seven’ is a treat of timeless intensity.

Toronto natives Holy Fuck return with their first new single in two years, the industrial ‘Luxe’ featuring vocals from Hot Chip’s Alexis Taylor. This is dark, sombre electronica driven with a relentless four downbeat. Overdriven, often washed out synth palettes give the track an edge, a sense of tension. The drop in the latter half of the track hurls the listener into a grainy cacophony. Crafty stereo imaging helps keep the mix sharp.

Cairo Concepts, curated by DJ Phil Battiekh, captures the wonderful rise of Egyptian club music through an eclectic range of irresistible bangers. Harran’s ‘Blessed’ is a highlight combining thundering drums with Egyptian sampling and vocals for a track that constantly sounds like it’s about to go off.

The Sun Will Shine

Taken from Swedish indie artist Sir Was’ upcoming second album Holding On To A Dream, ‘The Sun Will Shine’ is a patient single offering glimpses of soulful funk all the while maintaining a chilled out, mellow sheen. Full of nods to trip-hop, the track sparingly uses organic instrumentation to build a hazy moment of blissful peace.

Two rising stars of Irish hip-hop team up and join forces with Mango for an excellently produced, grime influenced number. ‘Heatwaves’ is a triumph for the production chops of 19-year-old Marcus Woods and one of the best Irish hip-hop tracks so far this year.

A leftover cut from last year’s Kanye produced Daytona, ‘Sociopath’ is an intriguingly sinister ode to a lady that Pusha T lovingly believes is a sociopath. Kanye’s production is pared back but resourcefully claustrophobic whilst Pusha T’s delivery is characteristically dark. ‘Sociopath’ threateningly circles the listener, constantly warning impending violence before fizzling out peacefully. Probably the oddest perspective of any love song you’ll hear this year.

Berlin-based band People Club return with the wonderfully soulful ‘Kil Scott’. With blissful vocals and mellow instrumentation, ‘Kil Scott’ pulls you in for a melodic treat.

‘Illegible’ sees Rusangano Family’s MuRli asserting his craft and return following a tough time – “I ain’t done yet / Put the pen down / I lost a whole year / Going round and round / Trouble came and went / The real stuck around / Hard in the paint / We multicoloured now. The track is also notable for its math-rock guitar by Steve Ryan of Windings and bass synth by Brian Dillon (Meltybrains?).

This artist has shown us many times that he should not be overlooked. Hammer’s latest EP Parabola is no different. Released under Bicep’s label, the latest three-track EP is a pleasure to listen to from start to finish.

We’ve selected ‘Entropy’ as our stand out track because it’s raw energy. The first two minutes of the song teases out with an airy kick drum and synths flowing in and out. When the electronic keys are brought in full whack and the kick drum is released, you will inevitably find your head bouncing to the beat.

Before I Know It

Taken from Whitney‘s newly released second album Forever Turned Around, ‘Before I Know It’ is a psychedelic-tinged whimsical folk journey with plenty of nods to the country and sounds gone by. ‘Before I Know It’ is deeply, deeply out of tune with it’s musical surroundings in 2019 and that’s a part of what makes it so enjoyable. This is unfashionable upbeat music for enjoying in your bedroom whilst dreaming about someone you fancy and you think might fancy you back.

Jenn‘s ‘Star Signs’ creates an abyss of disparity with descending notes that are  looped on electronic keys. This melody spirals further down until it’s interrupted by tribal shouting and primal rhythm, placing the human aspect into this vast emptiness.

This gripping melody came to the artist initially. The lyrics were inspired by the chords for this song which resulted in this astrological theme naturally growing in the process.