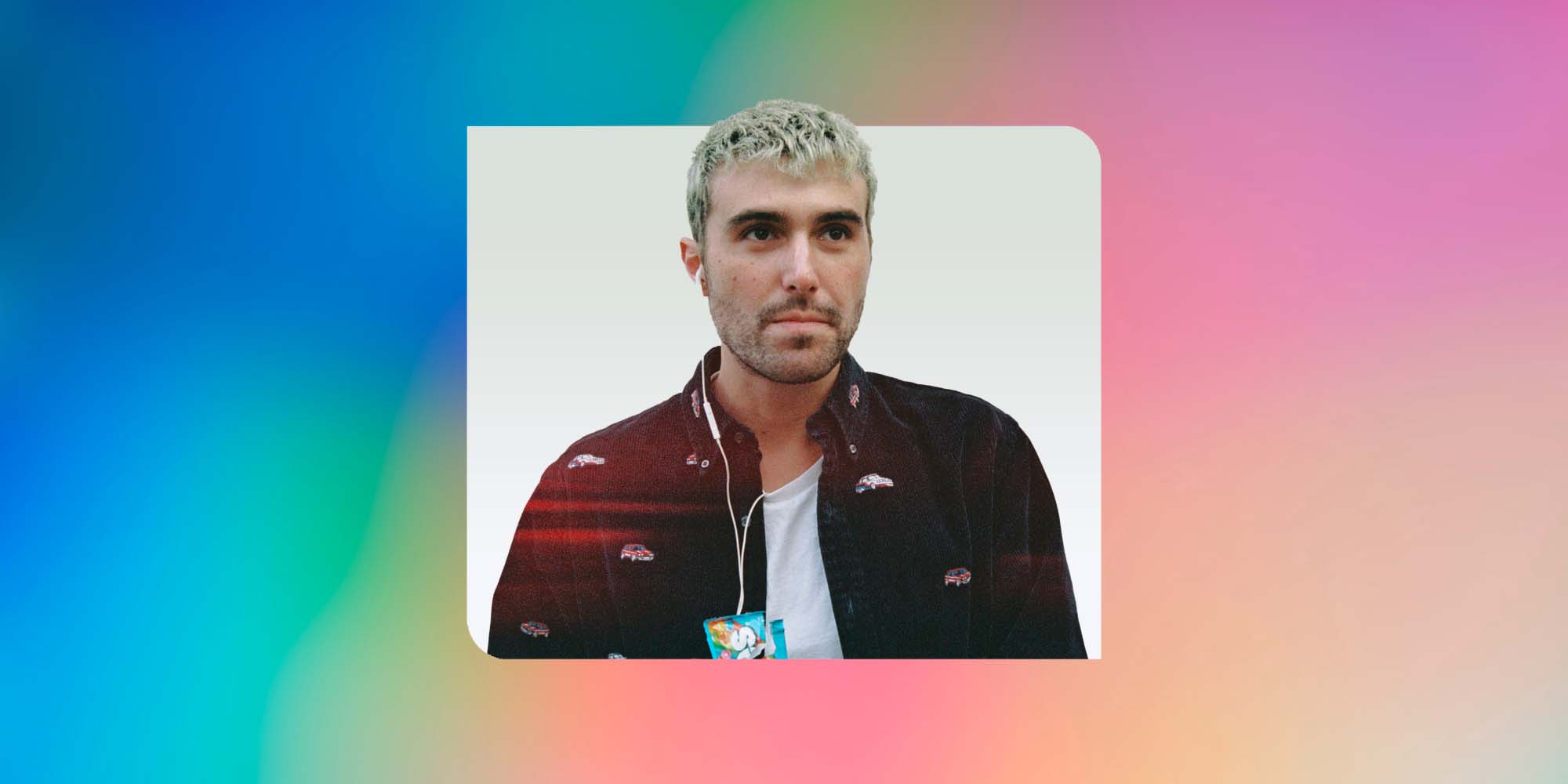 A once-off in ‘Blind Date’ on XL Recordings, a fine amalgamation of the three producers styles – garage, bass and a hook by ABRA to give it extra heat. OOF.

A Tear For The Dreadful

UK R&B artist Eliza’s A Sky Without Stars album was released in September, and following on from previous features, there’s a tangible simplicity and verve to these productions – a quiet confidence that draws you in.

It’s a long way since the artist released ‘Skinny Genes’, when she was known as Eliza Doolittle.

A percussive Four Tet banger of a rework here.

The original is pretty great too.

After the recent banger of ‘Vocoder’ and ‘Grammar’ it’s nice to hear Sam Shepard once again tackle some big room (or tent) electronic music. The vocal sample makes this breaks-assisted track soar.

Floating Points is to play New Year’s Day in a brand new London club space called HERE which says it’s the “first venue to be purpose built in Central London since the 1940s.”

Ok, it came out in July but I slept on this one during festival season. Casisdead had that great ‘Pat Butcher’ song in 2017, before last year’s collaboration with La Roux.

‘Traction Control’ came out on XL, and features a sample from Canadian experimental artist d’Eon. Those iced synths are the one.

Danielle (Smile On My Face)

Fresh from his set at Electric Picnic, the English electronic producer Fred Again.. announced his third album Actual Life 3 (January 1 – September 9 2022), the closing the trilogy of albums to be released on October 28th on Atlantic Records.

The album announcement coincided with the release of ‘Danielle (smile on my face)’ which samples the acapella of 070 Shake’s ‘Nice To Have’ which is Fred’s own most played track of the year.

A Dublin gig is happening this year 3Olympia on November 22nd, and sold out instantly.

I’m loving the trajectory that Biig Piig has made for herself. Eschewing traditional album routes in favour of loosies and a wide ranger of collaborations, it’s got to the point where you never really know what’s coming next.

One thing that is constant from the Irish-born artist, is the quality is always hight and ‘Kerosene’ is another fine bop, made with Zach Nahome and Maverick Sabre, who also co-produced ‘Feels Right’, her best song to date.

Biig Piig says ‘Kerosene’ is “the first track off a wider project I’m working on. It’s about wanting someone to rip my clothes off, and the tension of that relationship…my own hot girl summer anthem, tbh.”

Biig Piig has two shows at The Sound House in Dublin on November 9th and 10th.

The video takes a while to get going into the tune, but it’s directed by Special Interest vocalist Alli Logout.

Ahead of the release of The Car’ on October 21st, ‘Body Paint’ finds Alex Turner in falsetto mode. It’s an orchestral soft rock beaut.

From Daithí’s superb third album I’m Here Now, comes this rolling electronic beauty with vocals from the Dublin singer-songwriter Uly. The six minute running time lets the rhythm really seep in, like water in the limestone of the Burren, near where a lot of this album was recorded in Daithī’s native Clare.

Parks is a unique artist and ‘Selfish Soul’ is a succinct example of her artistry.

I would recommend getting yourself to her debut Dublin show this year at Whelans on 21st November.

Corkman Eoin French has released his third album as Talos, in Dear Chaos. ‘Kites’ is typical of the artist’s pop artistry, moving from closeup intimacy to widescreen cinematics with ease.

The video for the song was directed by Ellius Grace.

More a collage of sounds than a traditional single, ‘Ina Crueler’ is a sonic side-step from Ballymun band Bricknasty’s bombastic live band reputation.

The song twists through words about traumatic family relationships with contrasting soulful instrumental passages. “You could say it’s a sulky version of Tupac’s ‘Dear Mama’.” says Fatboy – singer and guitarist.

Texas trio meets Mali guitar legend (and son of Ali) in a marriage made in chill heaven. From the album Ali.

‘f1 racer’ was produced Dom Maker, a typically wavy electronic beat from a Mount Kimbie project with more pop vocals than before.

A big electronic track with anthemic qualities from TSHA, from the album Capricorn Sun out on Ninja Tune , which came out October 7th.

I love how this moves from serene to big-room-shaker to acid euphoria with the help of the gliding vocals of Clementine Douglas.

Chxmist’s ‘Fleeting’ is one of those tracks that worms it way in with its insistent vocal and dynamic garage-electronic tones.

“It seems to be a recurring theme; making music on the move. And this song was no different. I started this track with just my headphones and a library of samples I had recorded on my synth. I wanted to make a stripped-down track, focusing on drums, bass and a vocal chop to create a driving groove. I’ve always been a massive fan of UK Garage and I feel like this track rolls along to its ending, slowly and subtly morphing before returning full circle.”

‘Post Ryan’ is a direct song from the band, who appear to be making more direct songs in both sonics, and lyrics this time around on their singles but the album is actually pretty wild and industrial sonically. Those lovely dry drums are inspired by an ’80s classic – ‘I Ran’ by Flock of Seagulls.

“Our friend Ryan turned 30 during lockdown and we were asked by his mates to make a track for his birthday. We wrote and recorded ‘Happy Birthday Ryan’ (a hair metal attempt penned by our secret Hard Rock alias, The Whisky Guns). Right after that we came up with the bones of what is now known as Post-Ryan. This probably took the longest time out of all the tracks. The words of the track were originally really silly. There’s was a line about wearing Christmas socks all year round. Stupid stuff. It didn’t really fit the tone. After messing around with the Electro Lobotomy and getting the second half of it figured out, I improvised a melody over it. The lads wanted me to get out of my comfort zone and write something really direct. This was the exact opposite of the approach we had for The Talkies. Felt very naked. I had to leave the room when I showed them my demo of the new vocals.”

Dublin indie-rock band Banríon’s new song ‘Fooling’ addresses songwriter and singer Róisín Ní Haicéid’s experience with “cancer within her family through the lens of her own disability, and dealing with catastrophe through humour – how she approaches the shift from being cared for to carer and working out a coping mechanism are reflected in the tongue-in-cheek lyrics and songwriting style”.

It’s from an upcoming EP Dare To Crush, recorded by Rian Trench.

The return of Dev Hynes. Blood Orange released a the Four Songs EP on September 16th, and he doesn’t really ever miss does he?