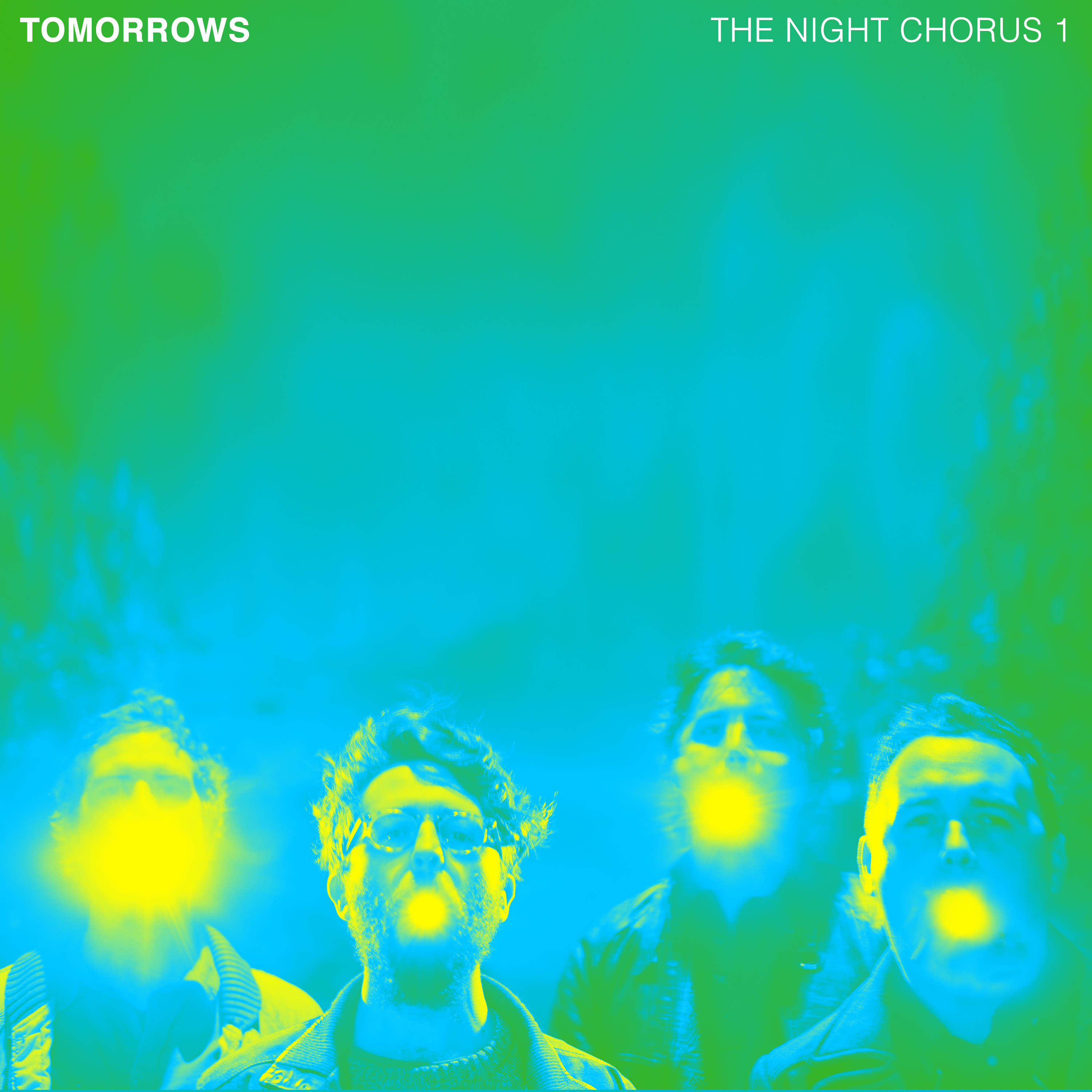 
Tomorrows are a band who started up by members of mid-noughties indie bands Dublin bands Biggles Flys Again, The Chapters, Jethro Pickett and Woodheart, and they changed lanes for Tomorrows into orchestral indie-pop that also gave us one of favourite Irish music videos and a debut album in 2016 that took in pop-smudged psychedelic pop, Beatles ballads and wistful indie.

Three years later and Tomorrows are a different beast. As trailed by the dense soundscapes of ‘Spectres’, if you wanted it darker, you got it.

The only constants on the followup full-length The Night Chorus Part 1 ( a second part will follow in the Autumn) are singer Conor Deasy’s voice and the band’s abilities to turn their hand with ease to a mix of specific subgenres and well-arranged sounds.

The seven track The Night Chorus by contrast to Another Life, is in the band’s own words “oozy, sludgy, bleary-eyed,” and it’s not without reason. Life and society has impacted the group and the chief concerns are “the strangeness of modern times: the anxiety and paranoia of life in the shadow of the timeline, the omniscient device, surreal politics and the doom cloud of climate change.”

Relative jaunty-sounding songs like ‘White Spirit’ and the psych-rock of ‘Townland’ offer lift from the Interpol-esque ‘Spectres’ and the slow moving opener ‘Nightshade’ but there’s a heavy fog that hangs over the record and lyrically ‘Townland’ is about the claustrophia of life in a small town and ‘Spectres’ is about modern surveillance so there’s not a lot of light at the end of this nocturnally-driven album.

The modern world has seeped into the bones of this record and makes The Night Chorus a oozy existentialist commentary on modern life.