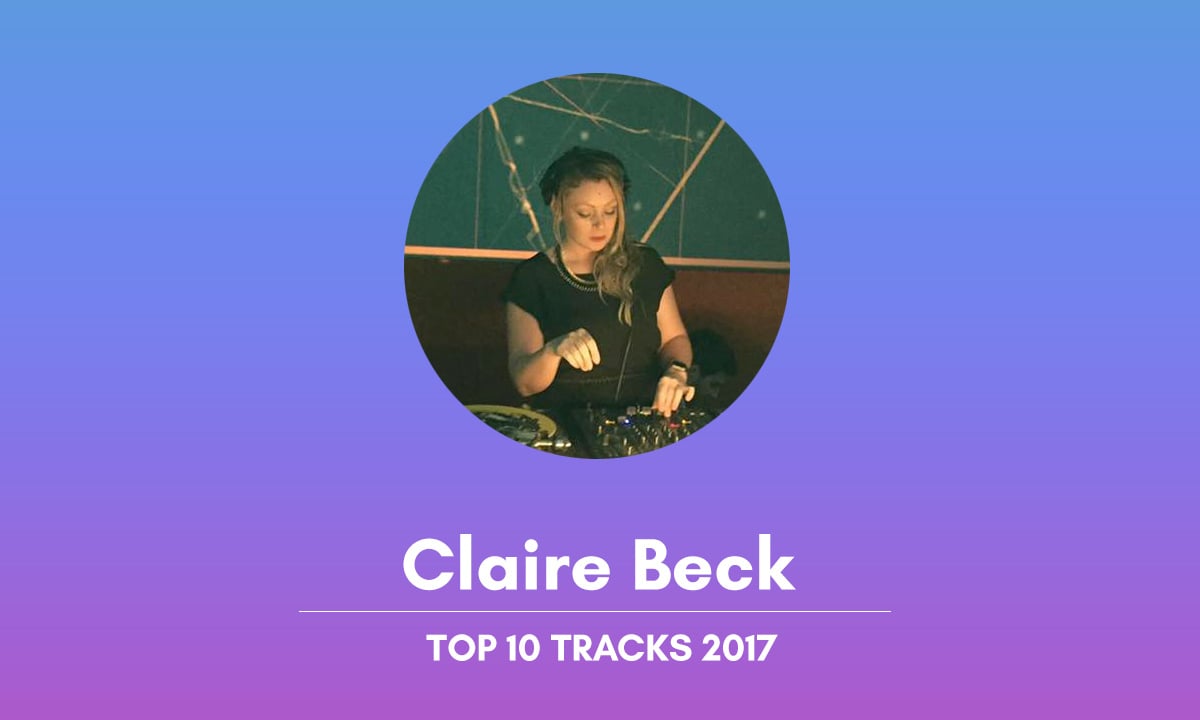 The Black Madonna – He Is The Voice I Hear

I spent the first five months of this year in East Africa, with little to no Internet access. When I got home to Ireland, I would stay up late every night, headphones on, digging through music I’d missed out on. I almost cried when I heard this first, it felt like a warm hug for my soul. I love everything about it. The melodrama of the piano intro, the sneaky creep of the unexpected synth, the ascension into full blown disco euphoria. It sounds like a tribute to all the greatest historic elements of Disco. On a more personal note, this has also become my ‘oh yes you bloody will’ tune. After music, my second big love is circus. When I’m covered in bruises and feeling like I can’t possibly train any more, this is the tune I throw on to get me back up on the trapeze. The near constant black and blue state of my legs will attest that it works every time.

Taken from one of my albums of the year, Love What Survives. Objectively speaking, maybe it isn’t the ‘best’ track on the album because ‘Blue Train Lines’ feat. King Krule is. However, it is the one that as a stand-alone will make me look fondly back on 2017. I loved playing it on Today FM (album version on Lost In Music, Palms Trax remix on Lost In Music) and having people get in touch to ask for the name. I loved scream-singing along to it at their set at Metropolis. I loved playing it in the car on road trips with friends. I love that when I put it on, I smile and instantly think of specific people, places and happy memories.

I listened to a lot of Bjork this year, in preparation for Utopia coming out. I had Debut on repeat for a lot of September, it’s still one of my favourite albums of all time. Apart from her creative genius, the main thing I admire about Bjork is the utter honesty and openness of her lyrics, particularly when it comes to relationships. My heart broke more than a little for her after hearing Vulnicura and began to repair itself when I heard her newfound hope on ‘The Gate’. Lyrical themes aside, as on all of Utopia, the production on this track is breathtaking and her voice sounds stronger than ever. The video, as per usual for Bjork, is incredible too.

From the man behind one of the best albums and one of the best memes of the year. I listen to a lot of different styles of music, but I have a particular grá for electronic music that evokes a strong emotional response. If I had to give it a bullshit genre name, I’d call it ‘Machines With Feelings’. This little stunner is a classic of the genre. It seems so simple but the more you listen to it, the more you get out of it. When I listen to this track, I get a lump in my throat and can feel a physical squeeze around my ribcage. I always feel a little breathless after it, even if I’m just sitting around not doing anything.

This is an entirely selfish pick, but it’s also an unrepentant banger of a tune, so we’re all winners here. On the Saturday evening of Electric Picnic, I had just about decompressed from my set at the Heineken stage. The realisation that I was off work for the rest of the weekend was kicking in when it was time to go see Clark. He was just starting when that most magical of festival moments happened. All the separate groups of mates we’d been trying to chase all weekend converged in the same spot within minutes of each other. We hugged, danced our asses off, and went on to have one of the funnest and funniest nights ever. Peak Magnetic will forever bring me back to that one sweaty hour in Stradbally when I felt like I couldn’t be happier.

Aah Mac, you old softie. Classic Mac story behind this one – he wrote it after listening to The La’s – ‘There She Goes’ and wanting to write something similar. Don’t worry, his hearing is fine – he admits that ‘Still Beating’ sounds absolutely nothing like it. This is such a sweet little love song, I was hooked on first listen. I think everyone has someone that they can relate this sentiment fondly back to. The version on the album is great, but the song really sparkles when he plays it acoustically, like on this Colours show.

How much Irish talent can you fit onto one record? Loads, apparently. This song will always remind me of summer 2017, reconnecting with old friends, making new ones, lazy sunny days on the roofs of the boats, dancing till dawn at festivals, and noise complaints from the downstairs reception of Today FM for playing this track too loud.

Look. Different types of music serve different purposes. Sometimes you want to feel things deeply, overthink, and cry a lot. Sometimes you just want to go shake your ass on a dance floor and have a good ol’ time. This is a definite arse shaker of a tune. Is it Sylvester? Is it Body Work? Is it Funky Town? So many questions. Did I over play this this year? It’s possible, I probably played it every single time I DJed this year. But, nobody complained, and I had a great time.

A sassy finger wagger of a tune from Melbourne’s hottest new band. Over a shoulder-shimmying baseline, they berate a man for the heinous crime of trying to do thoughtful things, like make breakfast and talk about his feelings. Sadly for him, all the conversation or bacon and eggs in the world don’t make up for the fact that ‘he won’t reciprocate’. By all accounts, Confidence Man are incredible live. They’re planning an Irish show for 2018.

Lankum – What Will We Do When We Have No Money?

I adore Radie Peat’s voice. This arrangement of a traditional Traveller ballad showcases it beautifully, and serves as a pretty perfect opener to set the tone for the album, Between The Earth And The Sky.