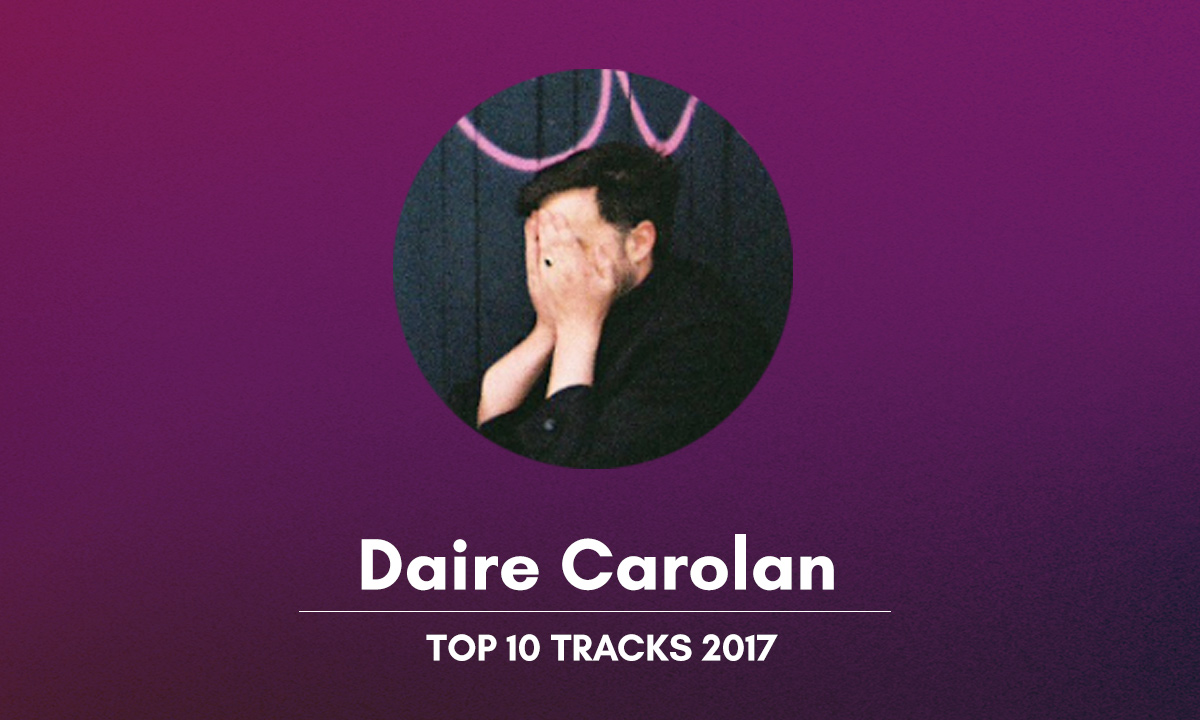 Gonna start this with a slow jam and by one of my favourite Irish boys Der Opium Queen. This is actually DOQ’s debut 12″ so I was really excited about getting this record out on my own thing First Second Label. Its also the first Irish guy I’ve put out too since we moved to vinyl releases so that was nice too. The entire record has overall lovely dreamy undertones and atmospheric moments but “An Evening Im Tschungel” is the slowed down ender on it. It’s a lovely ambient number that kicks into some killer beats towards the end. Best way to outro on an already amazing piece of work.

One of my favourite tracks this year by one of my favourite DJs of the year. Beatrice Dillon at Dekmantel was probably one of the best sets I’ve seen this year. The music styles covered and the blending of the entire set was just simply astonishing and it’s great to finally see Beatrice on the come up for sure! Was perfect timing for the Hessle to drop with the excellent Call Super. ‘Inkjet’ is like a mixture of some spaced-out break tune with some old school tech house of sorts. It’s an absolute solid number to take the set from A to B. The breakdown right before the kick at the start is a lovely touch too.

The DJ Python moniker was introduced to the world a year or two back ago on Anthony Naples’ Proibito label and the 12″ Tranquilia, fronted by an 11-minute long leftfield dubbed-out mixture of house – I guess you could call it, blew my mind. Python’s debut album Dulce Compania on the fresh label Inc (which I’m guessing he maybe runs emself, I’ve no idea) is equally amazing if not even better. ‘Cual’, a track I’ve singled out purely because I have to pick one is a serious mash of big room sound and kinda moombahton melodies. One you might hear at London Carnival or Panorama Bar, Berlin.

Get a spoon full of Vancouver, a dash of All City and two messers named Fio’N’Jio and what d’ya get? ‘PlushWhosBack’! Plush Throw is an alias of D.Tiffany and Regular Fantasy from Vancouver and ‘PlushWhosBack’ is the track they submitted for for the first edition of the Pear guys’ PearPal VA series. The track itself is a six-minute melody-driven house tip with some lovely drums samples to go with it. Perfect deep one for an early set.

Japan Blues – The Sun Goddess Steps Out In Old Asakusa

I find myself listening to a lot less of dance records outside of DJing and work these days and it’s been nice listening to a lot of varied styled mixes, especially from people who would be in the same line of work like Howard Williams aka Japan Blues. Howard used to work in London’s Honest Jon’s and now he’s running his own distributor This Ain’t and still manages to knock out his excellent NTS show which only focuses on Japanese records leading me on to my next selection; ‘The Sun Goddess Steps Out In Old Asakusa’ which is from the Japan Blues debut album Sells His Record Collection. The 11-minute long track mixes traditional Japanese pipes and drums with some eerie ambient and some spooky background vocals to booth. The whole album is killer!

DJ bwin consists of the ever amazing Alex Hoppe and Moritz Von Paul. I first came across these two gents when we put out a record last year on FSL and now they have their own label HUNDERT which they run with Felix Paul (Which with his bro Moritz makes up DJ OK, confusing I know (Radio Soulwax all over again). DJ bwin fronts the second release on the label with the Trinity EP. ‘Herodot’ heads up this powerful release with some jungle type basslines and breaks that could cause an earthquake in any club. Love this record and big ups to the lads for sending me one. It doesn’t leave the bag!

I’ve had this record for a while but it just managed to only come out the very start of this year. Low Pressure is Melly’s solo Jheri Tracks debut. Four tracks of obscured techno leftfield goodness!’Maskshop’, the fourth track on the EP is for me the favourite. It has this crazy bongo type drum throughout and this big like bang that hits every once in a while. This record is definitely up there with some of the best in my opinion. Big up Mel and take a bow, solid!

Working in a record shop you usually can see whats coming in that’s gonna fly out and/or create a lot of hype, be it the name or the label etc etc but every once in a while the music itself is powerful enough to push past the hype and the names to give its own leverage. Step in S.O.N.S! With only three records out under this name over the space of three years the reaction he (or she) has gotten is phenomenal. The latest 12″ from him (or her) Shimokitazawa One Night Stand is a tripped-out ambient and acid breakbeat masterpieces over two tracks. The A-Side ‘A New Life(Planet Earth Mix)’ is the opening track of all opening tracks with its eerie ambient soundscapes evolving into an all-out rave number – it’s dance floor good times guaranteed.

MIki Matsubara – 真夜中のドア / Stay with me

This didn’t come out this year, it didn’t even come out in the last 30 years but it’s getting a place in my top ten cause I think I may have played it about 400 times since I brought it home from Tokyo this Summer. I’ve become obsessed with this record and ended up reading a lot about Miki and her sad death at 44, but in her short life, she managed to have massive hits all throughout Asia. The 45 I managed to get is titled “Stay With Me”, I think it’s her debut single and is an excellent J-pop disco number. One of my favourite moments playing it this year was in a b2b with New Jackson in the Shaw. The whole room seemed to get a lovely energy out of it, was a nice moment…. so we played it again.