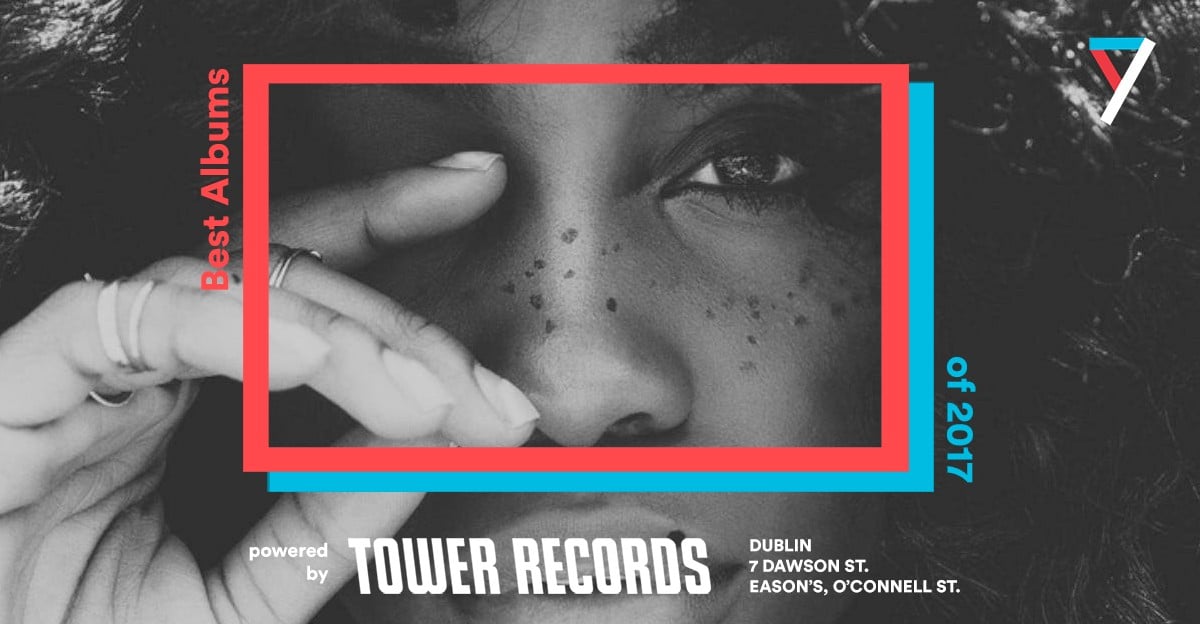 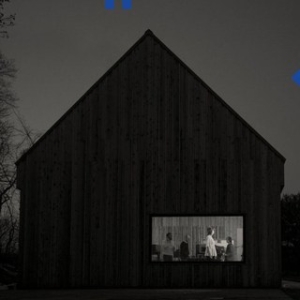 Sleep Well Beast may well be The National’s most interesting and rewarding album yet, with a sense of reinvigoration in their template and songcraft that embraces their core characteristics while adding new digital textures. Matt Berninger’s lyrics about his relationship with his wife (who co-wrote the words) goes deep and real, while musically, they do things with the indie-rock template that feels fresh (Bryan Devendorf’s drumming adds so much too). 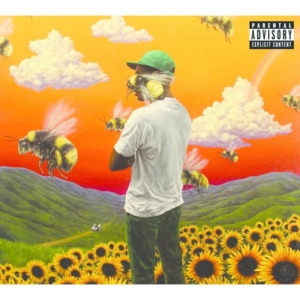 The Odd Future boy known for anarchy and inciting disruption and violence is a man now and ready to share who he really is, beneath the toxic character he’s put across over the years. Flower Boy is the first time on record that Tyler has addressed that he’s gay and the album embraces a softer side to Tyler not previously known. The album is lush and Tyler’s most focused album yet. The arrangements are kaleidoscopic, soulful and psychedelic jazzy. Tyler’s delivery is at his best, his tightest and his most interesting and the hooks. There’s an overall sweetness to the tracks. Things are still complicated and divisive for Tyler but the self-discovery suggested on Flower Boy leads Tyler to his best, and most-honest statement yet. 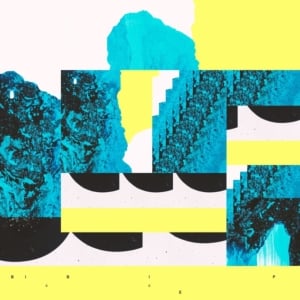 The Belfast house music duo followed up which a series of dancefloor-wrecking bangers, with a debut album that stretches the template in an expansive way creating 12 original tracks that pare back the bombast in favour of quietly-epic tightly-arranged dance music in the vein of 90s dance music updated for the 21st century.

The highlights come thick and fast: the shimmering euphoria of ‘Glue’, the Phil Collins-sounding ‘Ayaya’ (‘Another Day in Paradise’-esque), the melodious ‘Vale’, the arpeggio of ‘Drift’ and the closing Orbital-esque ‘Aura’. The sound of a future classic. 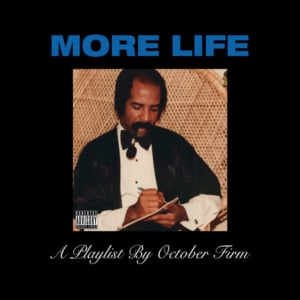 Billed as a playlist when it dropped as opposed to an album or mixtape, Drake’s More Life, maybe as a result of those semantics, feels freer and unburdened by expectation unlike the overbeared by statement of Views. Does it help that there’s less Drake? Either way, Drake is at his best bringing in guests like Giggs, Skepta, Jorja Smith, Lionel Richie, Kanye, Quavo, Sampha and Young Thug across a release that has some of his best production work with Nineteen85’s production a standout. The run from ‘Passionfruit’ to ‘4422’ is as solid as Drake has gotten in his career, and while his lyrics are often plagued by his woes, he’s left enough of them off for More Life to shine. 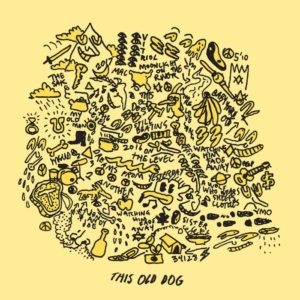 The Canadian king of slacker indie-pop’s fifth album offers immense comfort in its meandering and superbly-written arrangements. DeMarco is a better songwriter than his goofy reputation suggests and This Old Dog is proof. Like all Demarco’s albums, they seep under your skin and become a comfort album, and their majesty is revealed upon each listen. 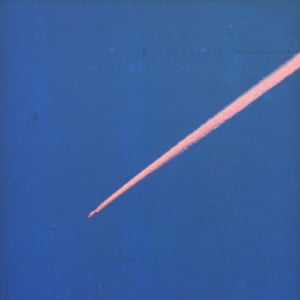 Archy Marshall’s guttural vowel-swallowing voice has been the biggest draw across nearly all his work a King Krule, Zoo Kid, DJ JD Sports Edgar the Beatmaker or his given name. That work has shown him to be a proficient producer too but The Ooz takes his talent to assured new heights. For his second King Krule album since 2013’s 6 Feet Beneath The Moon, it’s as if a black and white painting has become shaded with a depth of colour over time. The Ooz is a spacious cinematic piece of work – a late night tale, where danger lurks on every corner and our protaganist drifts in and out of noir landscapes of wasteland motorways, urban decay, broken homes and joyrides. 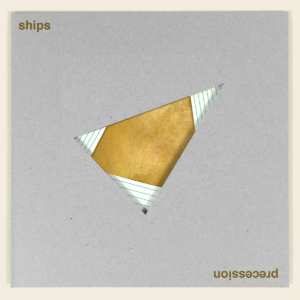 Sorca McGrath and Simon Cullen have been making music together for five years and their debut album was. worth the wait. Precession is one of the most beautiful and dynamic sounding records you’ll hear this year. Its production is detailed with lots of little sonic treats that easy to pick up on but hard to create.

Characterised by synthesiser-driven electronic pop, the nine songs (10 on the vinyl version that comes in gatefold version by One Strong Arm and is a perfect Christmas present) here have groove, funk and space, which draws from the past and sounds very much of the now. Whether its the gleaming disco-funk of ‘All Will Be’, the psychedelic space-rock of ‘I Can Never’ which is reminiscent of Tame Impala, the deep peaks of ‘Around This World’ or the electro delay of ‘None Of It Real’, McGrath and Cullen deliver commanding vocal performances too that bury these triumphant tunes deeper. Precession topped the list as my favourite Irish album of 2017. 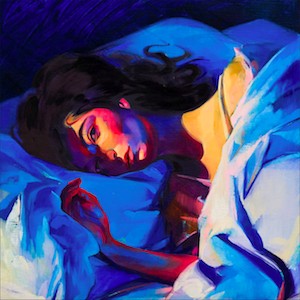 The second album from the New Zealand 20 year-old could have easily slipped into the comfort of mainstream pop that Lorde has been courted by since the release of her debut album, which had a healthy distance to mainstream pop culture.

Instead, Melodrama digs in and delivers an even more singular pop vision. Built around a house party and the hedonistic fallout and heartbreak that follows, Lorde is on her best vocal form, moving between her bewitched tones, Kate Bush histrionics, adlibbing booms, sly murmurs and snarky talk.

Co-producer Jack Antonoff delivers on all fronts, drawing from brooding orchestrals, trap-style beats, deep bass and fragile piano intimacy. There are flourishes of sonic imagination throughout. Melodrama is a vivid magnetising pop album. 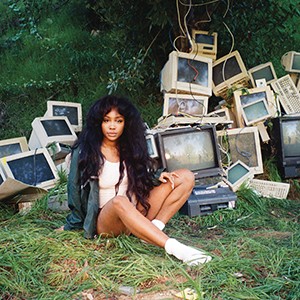 I’ve been waiting on SZA to release something substantial since that Chance The Rapper feature in 2014. And CTRL far surpasses expectations. It’s an album that feels real, intimate, complicated, struggling with self-esteem, a sense of self, making mistakes, cheating, being hurt, wanting to be loved, shunning intimacy, yearning for respect. SZa’s voice shines as a melodic instrument. It’s as human as can be and one of the best R&B albums of the year. 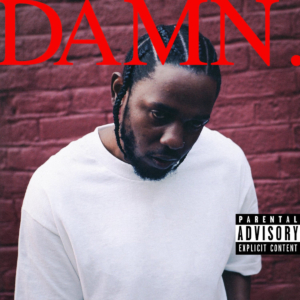 After the sprawling jazz conscious album To Pimp A Butterfly, Kendrick delivered DAMN., his fourth album that scaled back the musical ambition but doesn’t compromise on its vision. Kendrick is a seeker, always questioning and looking for answers to the prism of the self, to the flawed country he lives in, to the community around him, to the news media and his peers. Guests like U2, Badbadnotgood, James Blake and Rihanna feature but there’s only one person’s viewpoint here.

Kendrick has now reached god-mode-level in his craft. No-one else comes closes to the dense mastery in his verses here; his wordplay is frequently breathtaking, his skills unparalleled. Dialing back to producer-lead beats, DAMN.‘s sonic confidence rises to the occasion with the wide-frequency imaginative production of ‘DNA’ an obvious standout.

That the album was conceived to be played backwards, offers a narrative duality to DAMN. that shows just just how deep Lamar understands music’s need nourish the soul and brain.