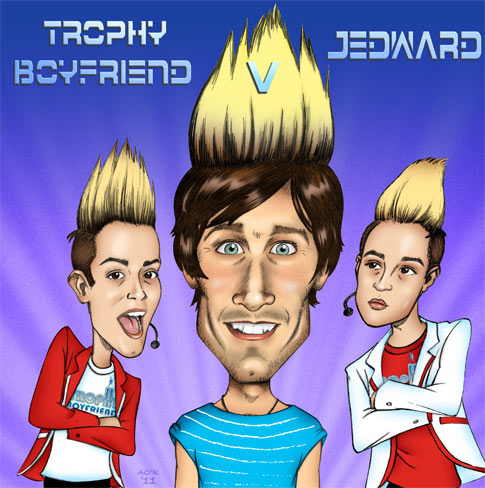 Before this morning, I had heard Jedward’s Irish Eurovision entry one time. Why I would need to hear it again was not up for discussion. I’ve now heard it twice thanks to actually-deadly Trophy Boyfriend’s chillwavey re-interpretation of ‘Lipstick’. I had to check it was the same tune.

Gregor Ruigrok says he liked the song so he decided to remix it as a joke. As it turns out this remix makes Jedward sound like some Scandanavian pop stars remixed by some blog buzzing producer. It reminds me of The Sound Of Arrows. Whether you like this or not, probably depends on your familiarity with the original. It was produced by Misk and artwork by Alan O’Regan. So there you have it. Jedward featured on Nialler9. It’s all downhill from here folks…