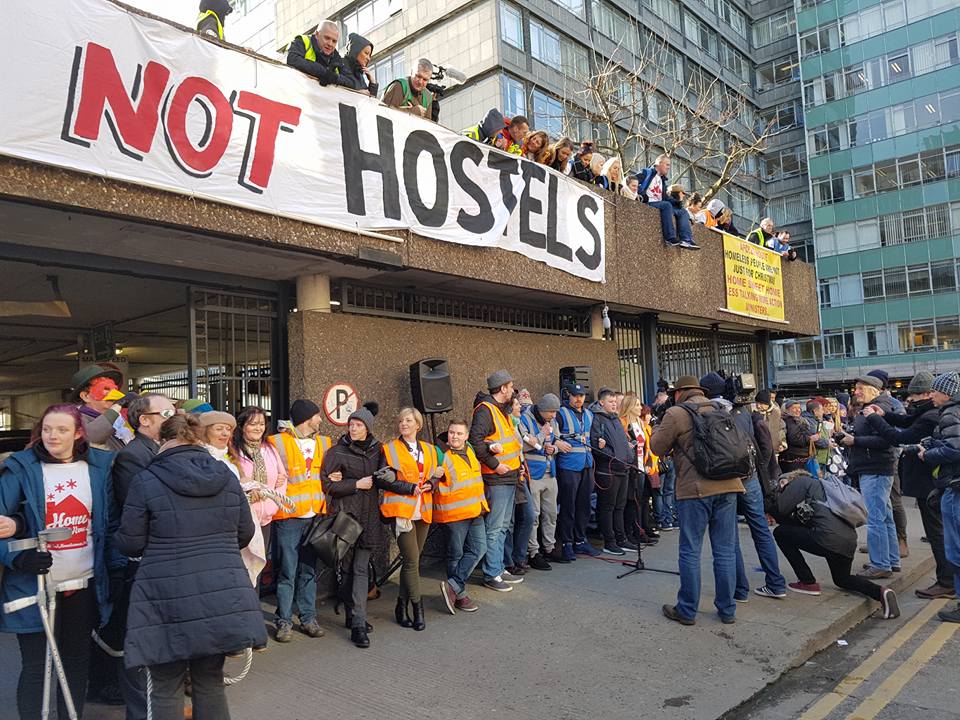 
Today, the volunteers and homeless who were occupying Apollo House vacated the premises to honour the court order to get them to vacate but not without strong words for the state.

“It is regrettable that in recent days the state has failed to take this opportunity to publicly support this effort to address a national emergency, instead seeking to deny clear commitments made and to use law to effectively force some people back into unsuitable accommodation for their needs.”

“Accordingly Home Sweet Home as a public campaign will house those currently in Apollo House elsewhere until Minister Coveney and the support services deliver what they committed to last Friday 6 January 2017 – the short and long term needs of residents being met according to their needs.”

Conor O’Brien, the singer-songwriter who eloquently operates under Villagers is the latest artist who has written a new song in tribute to the Home Sweet Home Campaign, which will continue to be “a permanent intervention in the nation’s housing policy and discussion.”

As Conor sings “you can’t quench the flame of Apollo House.”