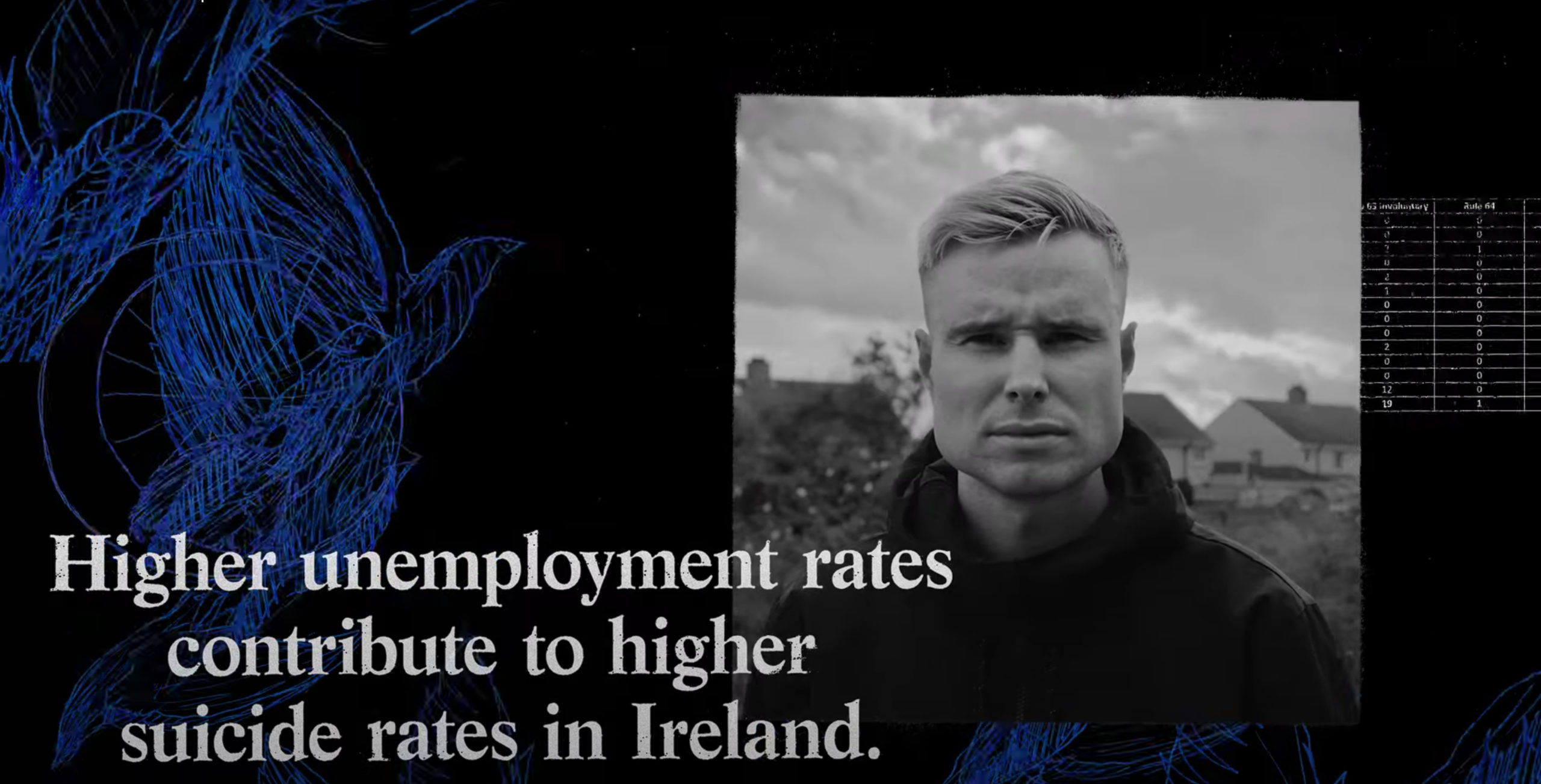 David Balfe’s  For Those I Love project gets closer to a larger re-release today with a new self-directed video for ‘Top Scheme’, with its monochrome style addressing class differences and facts and figures of economic repression.

“It’s just numbers and stats til it’s your life,” as Balfe says.

The figures are taken from:

Here’s the full story of For Those I Love.

‘I Have A Love’ video

Thee Into A World That Doesn’t Understand It, Unless You’re From It mixtape

The self-titled debut album from For Those I Love will arrive early next year on September Recordings.

I don’t want this world
Where our troubles and complaints
Are justified.
It’s just numbers,
and stats,
Til it’s your life.

I don’t want to fight,
The wicked rumble under your rights,
Nothing changes at night,
It’s just thunder,
Til it’s your life,

I don’t want the sight,
Of that saints that hate,
Unjust with pride,
It’s slumber,
With rats,
Til it’s your life,

So goodnight.
Fuck off.
Goodnight.

How can we not feel this rage?
When the therapy costs more than half your wage,
And you’re turfed back out the same, that very day.
Ya cover your teenage pain,
By pushing further into the grey,
The local politics of the housing estates,
Cause getting out seems like no stage,
And tomorrows aren’t todays,
And I’ve felt this way,
Since Turn The Page,
There’s no walk away
Yet there’s still sense in what I say.

Same shite at 26,
You shell down cans and drinks,
For the sake of making it through the week
Surrounded by pricks.
Your posh drugs aren’t interesting,
You hate workers,
You hate those that can’t,
Your drugs aren’t class, they’re upper middle class.
You, teeth whitening, pay for designer dogs,
Da crashed the banks but kept his job.
Few bob for a week in Mykonos
and ya joke about the Junkies.
Addicts that get dehumanised cause they’re poor,
But those problems start at your door
Your eyes are closed,
Fuck off.

We were just kids,
Now we’re something else,
Thoughts of the self on the shelf.
Cause it seems sometimes
All the love in these songs, is not enough.
Cause the world is fucked.