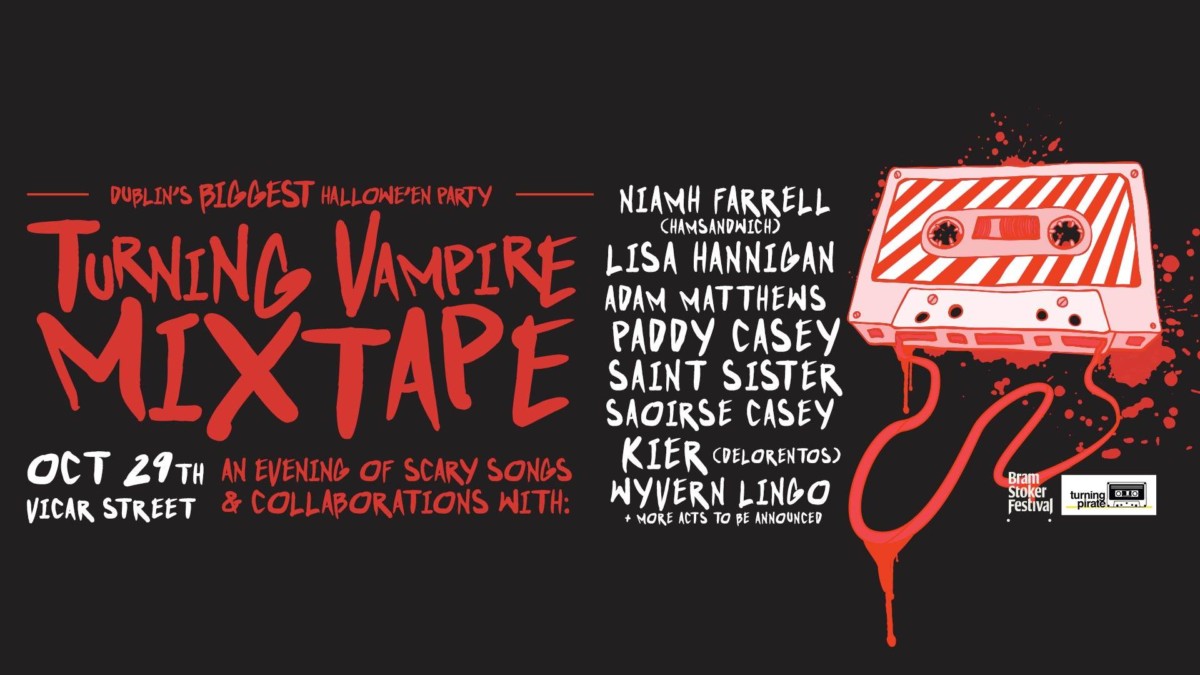 The Turning Pirate crew’s annual New Year’s eve gig is a bacchanalia of celebration and collaboration has been running in Vicar Street since 2006. It brings together some of Ireland’s most talented artists and special guests which in the past has meant appearances from the likes of Conor O’Brien (Villagers), Richie Egan, Camille O’Sullivan, Bell X1, Jerry Fish, Declan O’Rourke, The Young Folk, Bronagh Gallagher, Wallis Bird and more.

For Bram Stoker Festival next Sunday night, the gang will turn their attention to things of a spooky variety and a large cast of musicians of an established calibre will perform scary songs and horror movie favourites at the Turning Vampire event including Lisa Hannigan, Paddy Casey, Saint Sister, Adam Matthews, Niamh Farrell (Ham Sandwich), Kier (Delorentos) and Wyvern Lingo. The house band, the Flux Capacitators, work with the artists to create the arrangements and includes Joe Furlong on base and Graham Hopkins who plays drums. A special international guest star will be added to the bill for the festival special edition.

Tickets are €31 from Ticketmaster but I have two tickets to giveaway which you can enter for by emailing [email protected] with your name and ‘Bram Stoker Festival Turning Vampire’ as the subject line before next Thursday 26th at noon. 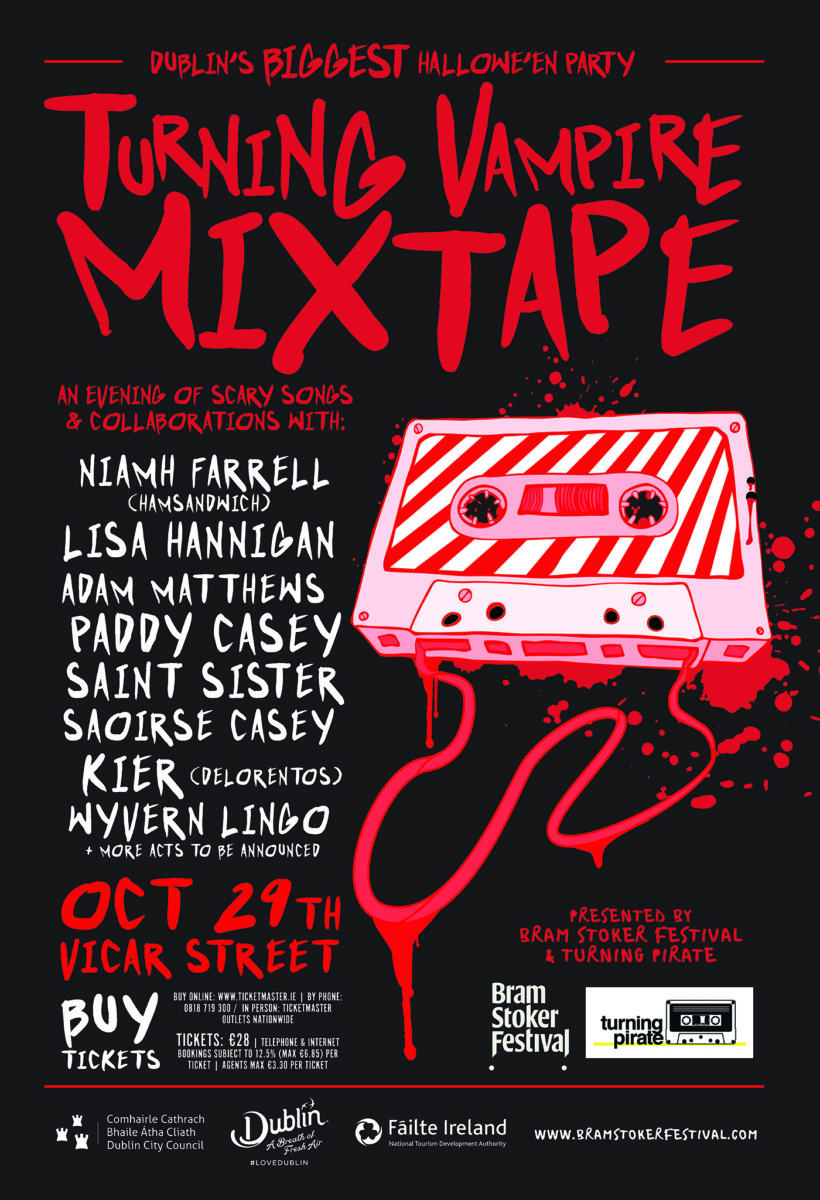 Future Islands are next for Donnybrook Stadium gig