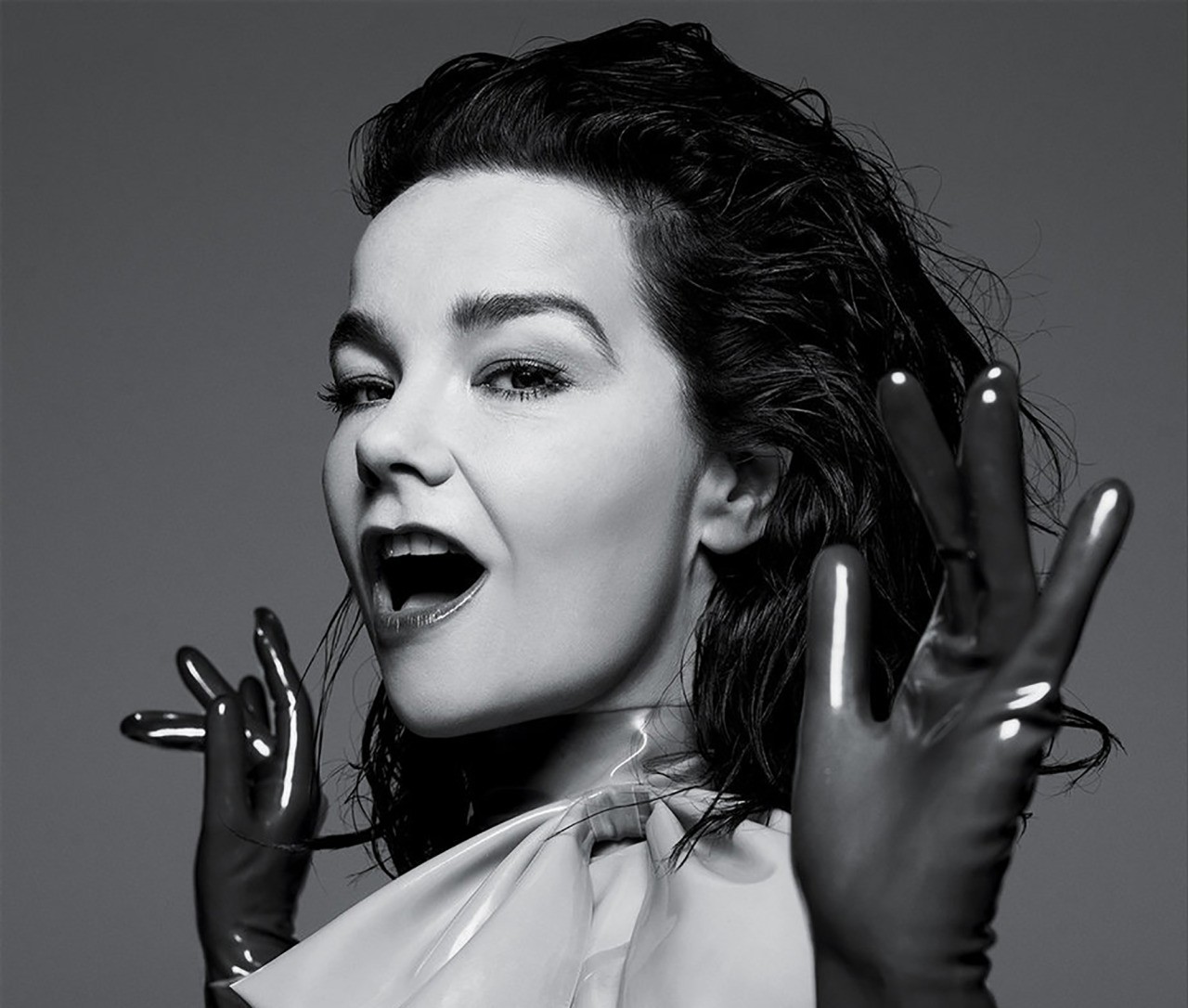 “Everything that a guy says once, you have to say five times.” – Björk.

Over the weekend in Belfast, I participated in a talk about Women In Music at the Women’s Work festival at the Oh Yeah Centre. Being the “token male” was a joke of the panel but it was an experience that is all too common for women in most industry panels, if there even is a woman on the panel.

As a man, gender representation is something I’ve become super aware of in every day activity and culture consumption. Whether it’s watching yet another movie or TV show where females are reduced to waiting around for men to come home, the amount of identikit male-lead music I receive daily or the language celeb and lifestyle articles use to describe women brilliantly sent up by Louise Bruton for Headstuff last year, it leaves a constant stain on progress.

The doe-eyed Hozier (25) takes to the stage, clad all in black, and before he begins the chart-burning ‘Take Me To Church’, that he wrote himself, he peers out under his mane of luscious, beach hair to take in the crowd and smiles quietly to himself.

In the music industry, things don’t look to be progressing much sometimes. When former Interscope Records boss and Apple employee Jimmy Iovine says women are not as good as finding new music as men to soundtrack their break up with boys, we have a problem.

“I always knew that women find it very difficult at times — some women — to find music. I just thought of a problem: Girls are sitting around talking about boys. Or complaining about boys, when they have their heart broken or whatever. And they need music for that, right? It’s hard to find the right music. Not everybody knows a DJ.” Jimmy Iovine

When music critic Jessica Hopper is relayed dozens of misogynistic experiences to the question – “what was your 1st brush with idea that you didn’t “count”?”, we have a problem.

Gals/other marginalized folks: what was your 1st brush (in music industry, journalism, scene) w/ idea that you didn’t “count”?

When sexual predators are able to persist in their assaults of women in the music industry without immediate repercussions from that industry, we have a problem.

When a business contract is considered more important than a woman’s emotional and physical safety, we have a problem.

When festival lineups, scrubbed of male acts, make clear the inherent bias against female artists in the music industry, we have a problem. 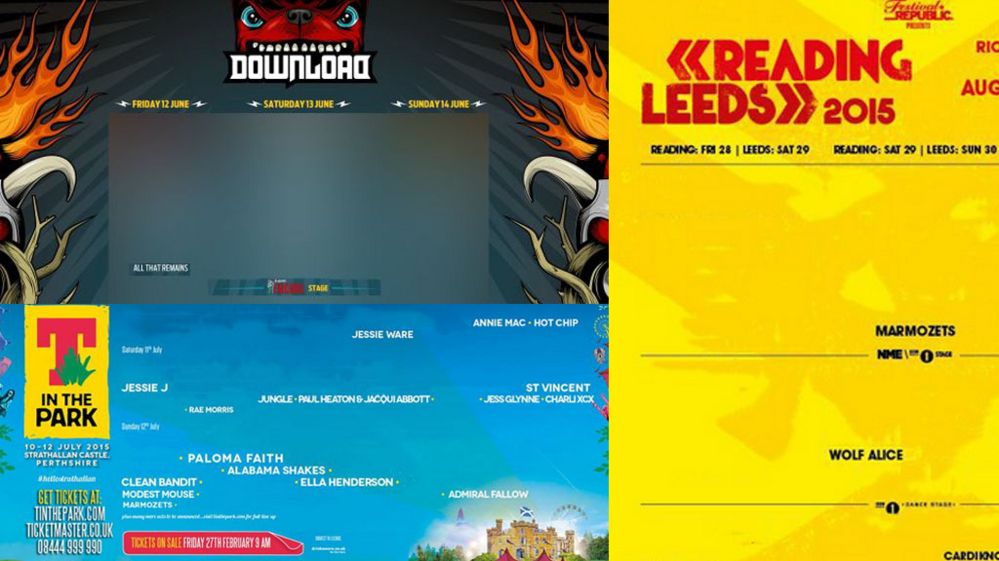 When one of the most revered artists in modern music, feels like she has to explain her authorship repeatedly, WE HAVE A PROBLEM.

Just wanted to get something off my chest, because it’s been irritating me – I’m constantly being asked if Bjork is in charge of her records. Simple answer; yes. She is the boss. 100 percent. She writes, produces, composes, sings. She might bring people in to facilitate her vision, but first and foremost it is HER vision. Guys (and it’s always guys) need to understand this. She needs no one. How much incredible music does one woman have to release until people cut this crap? And yes, her new material is going to blow you all away. Cheers.

Despite an ingrained, long-standing bias against women in the music industry, both on stage and off, the fact that we are talking about the issues and raising them up in public is a very good thing. Social media is helping, even when what is said is beyond difficult.

Feminist ideas are now part of an online discourse about pop culture, the music industry and musicians. Those conversations are helping to change perceptions for men who don’t have to deal with sexism on a every day basis.

It does feel things are getting better in some ways. We have to continue to call out those men who were able to get away with assaults and inappropriate predatory behaviour, especially if it happens in front of you. Otherwise, it persists.

It is necessary for promoters to recognise that having no women on festival or gig bills alienates half the population and tells them they are not supposed to pursue the same opportunities.

There are a shocking lack of women working in dance and electronic music, as producers, DJs, engineers and songwriters. So encourage them. Offer education to females to compensate the decades-old bias they have endured for long enough.

The newly formed Gash Collective is attempting just that. Inspired by Female:Pressure’s visibility project and collectives like Siren London and Discwoman in New York, Gash “aims to create a platform where women feel comfortable to create, share and collaborate together on a national level,” with a particular emphasis on female producers and DJs.

Personally, I try to feature a woman working in music industry as often as a man in my Irish Times series How Music Works.

On this site, I feature a good amount of female musicians and singers (why wouldn’t I be interested in listening to a person who has a completely different perspective to me?). I try to feature a balance of male and female musicians in the gig guide photos every week. I book female musicians and DJs for events I’m curating based on merit and a consideration of balance. I don’t talk about a singer’s appearance and If I highlight a female musician, it is only to encourage others. These are small things maybe, but they keep me aware the importance of thinking about gender in music.

It is better to celebrate the women who did manage to navigate past those experiences or been lucky enough to avoid them.

Look at the work of Ruth Medjber and Louise Bruton in their new exhibition about Women In Music. Be positive, point a way forward.

It is better to celebrate, highlight and encourage as the Women’s Work festival did in Belfast.

The Knife put on a summer camp for teenage girls to teach them how to make electronic music and hired an all-female crew. Supporting young women is key.

It is necessary to point to women who have done these things, who have jobs in the music industry despite the imbalance, in order to inspire others to do so.

This isn’t about implementing quotas. It’s about questioning behaviour, giving opportunities, considering the possibilities and being aware of how you can, in some small way, do something to change things.