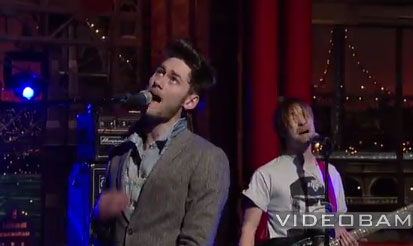 
I would have thought WU LYF’s polarising sound would be pretty unsuitable for late night TV but Letterman gave them a chance. The result is a performance in which energy and verve can be felt through the screen. The band’s panoramic arrangements worked surprisingly well, even if the band themselves were unsure of end of song protocol. ‘Heavy Pop’ is from their debut album Go Tell Fire To The Mountain, one of my favourites of 2011. Video via The Audio Perv.