Premiere: Winter Aid – ‘The Night is an Ocean’

This is only a selection of new music – dig into more.

Taking its name from the iconic New York graffiti artist and the ’80s New York club scene, ‘Keith Haring’ is a silky synth-funk percussive dancefloor throwback to that era on a Cold Tonic release that also pays homage to the club ‘Danceteria’ with a classic house jam. ‘Keith Haring’ is a tribute to inclusivity.

“No matter an individual’s social status, sexual orientation, colour or creed, there was always explicit enjoyment and inclusivity within the musical surrounding”.

The song is out now on 12″ and digitally later this month.

A headspinning Four Tet remix for an as yet unreleased Todd Terje song finally gets a full release after numerous radio rip uploads.

The Juan Maclean – ‘Can You Ever Really Know Somebody?’

The return of Nancy Wang and John for some DFA dancefloor grooving. It’s the pair’s first release since 2014’s In A Dream. A remix from LA-4A, aka Ambivalent is on the B-side. A new album is on the way. 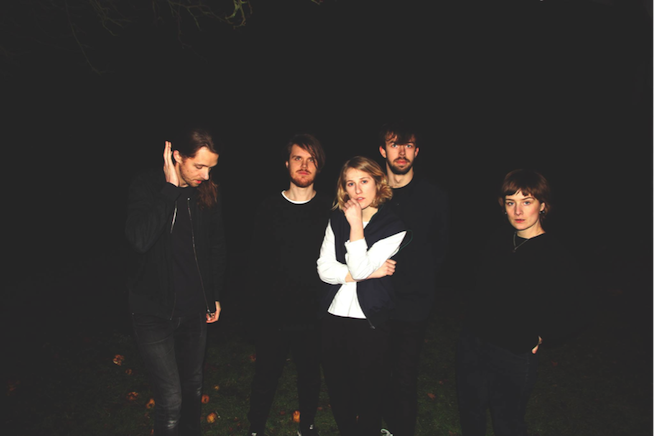 I’d a soft spot for Leo Tucker and Harmony Tividad’s teenage indie rock music project Girlpool and I played it on my TXFM show often during the two years of broadcasting. A new album called Powerplant is on the way on Anti Records, and the duo have finally added a drummer to their lineup. ‘123’ is on the lovely lilting end of what they do best.

An uncharacteristically laidback atmospheric release on Soulwax’s Dee Wee label from Beglian singer Charlotte Adigéry with production by Bolis Popil, who gave us the absolute jam ‘Wei’ already this year on the label.

As debuted this morning, Alt-J released the opening song from their third album Relaxer this morning. ‘3WW’ starts out as a quiet atmospheric English folk-song which builds into an orchestral ballad. It’s certainly a change for the band. Guest vocalist is Wolf Alice’s Ellie Rowsell. Visuals are from Playstation game LSD: Dream Emulator.