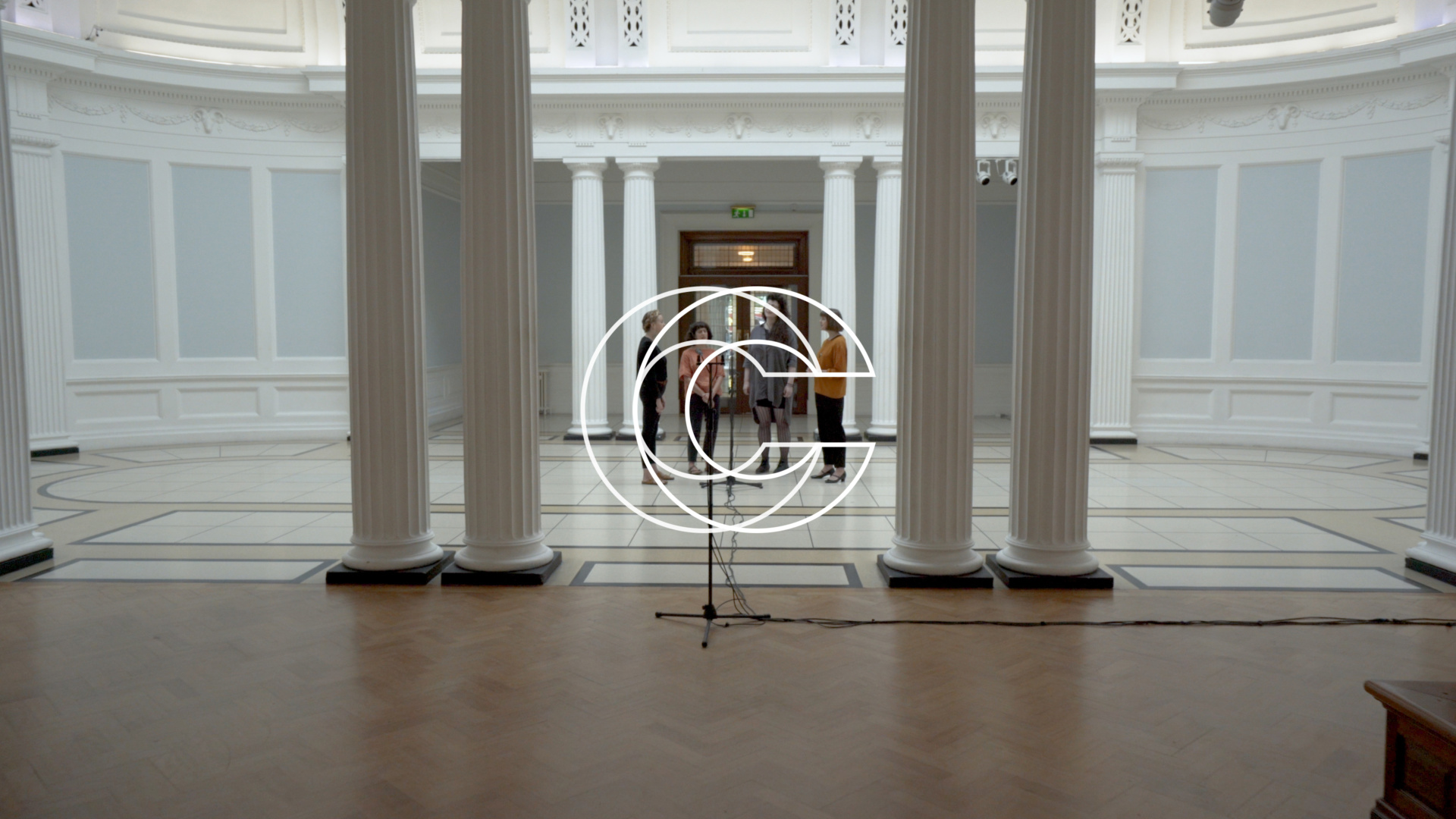 There’s a certain thrill in witnessing art take place in spaces it might not usually be associated with.

Chromatic, an Irish film-duo, are experts at documenting this phenomenon.

The group capture high-fidelity live performances from Irish artists in unique or surprising locations. We’ve been premiering their releases over the past while, which have included songs from Music City & Squarehead.

Today, we’re delighted to be premiering their shoot with Irish vocal group Landless, performing ‘All Around The Loney-O’.

It could well be the best shoot we’ve seen in the series thus far. Shot entirely in the halls of the historic Hugh Lane Gallery, the video is draped in decadent architecture and bright, airy spaces.

Chromatic have kindly provided a historical note on the Gallery, reading thusly – “The Hugh Lane Gallery was founded by Sir Hugh Lane in 1908. It was the first known public gallery of modern art in the world. The building (Charlemont House) was built in 1763 situated at the top of Parnell Square, Dublin”

It’s not just the video which is exceptional either, the group’s acapella rendition of trad tune ‘All Around The Loney O’, which is taken from their debut LP Bleaching Bones, is pitch-perfect.

By virtue of the high ceilings and empty space in the room surrounding the group, all of the four-part harmonies are touched with natural reverb.

As we approach the group, from the opening shot of the far end of the hall from the group, there’s a sense of almost unease. It’s as if we’re being shown something secret, nestled far from the public eye. Music in a space usually associated with quiet reverence. Art in spaces it may never have been intended for.

It’s what Chromatic do best.

Landless play as part of Bray Singers’ Circle, Vevay Road on November 16th. They then play the Spilt Milk festival in Sligo on November 24th. For more details on the gig, head on over to the band’s social media.

Want to see more from Chromatic? Check out their Youtube channel here.

Lizzo live in Dublin review: a celebration of collective self-empowerment