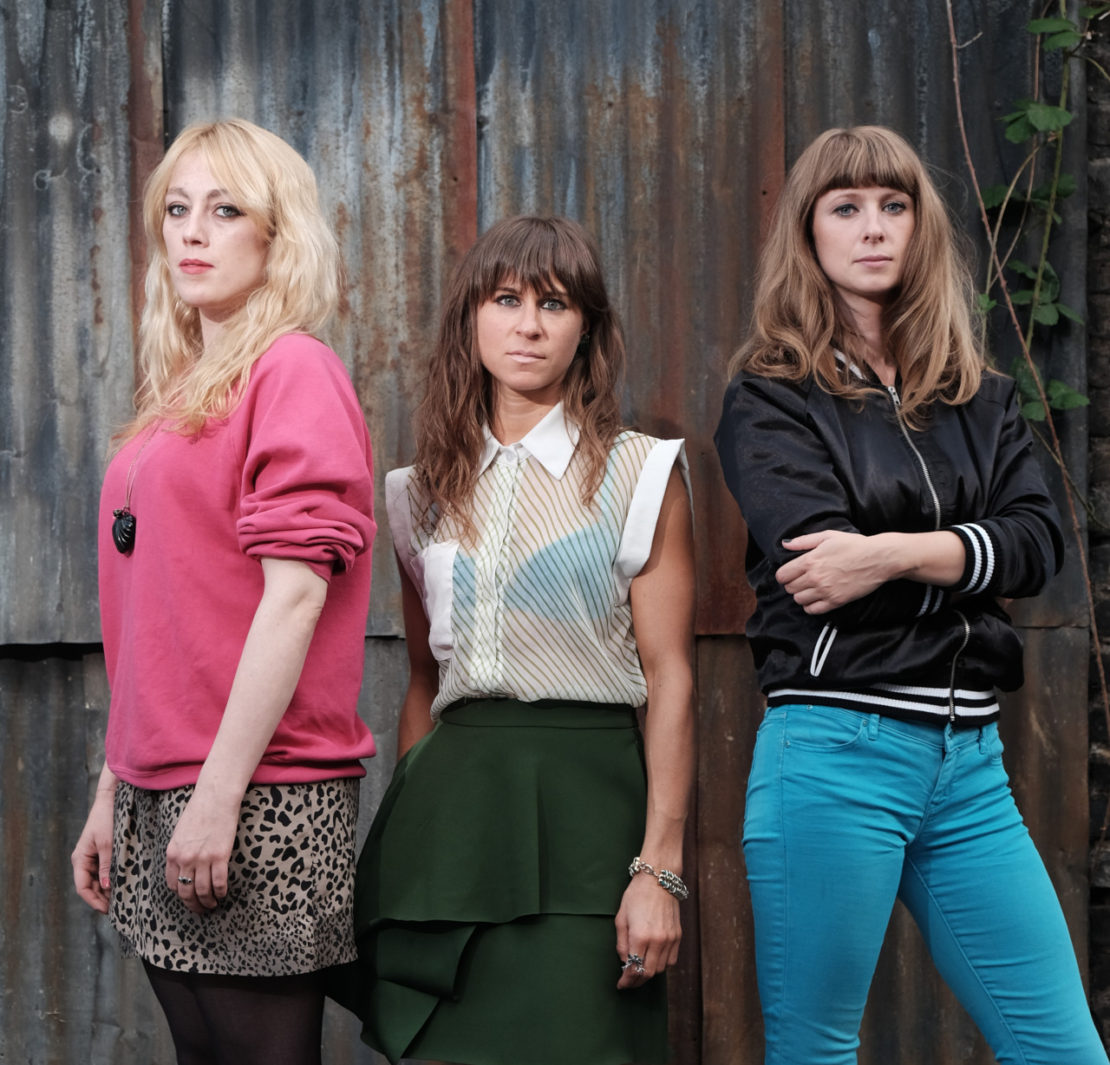 Back in 2016, Áine Stapleton, Robyn Bromfield and Jessica Kennedy released their debut album as Everything Shook.

“Drinking About You‘s the trio’s debut album is centred on late nights including “objectification, alcohol, disenchantment and big cities.” It has an eerie atmosphere to it, synths gurgle like AFX Ambient Works and voices hang like gossamer harmonic threads. The presence of an underbelly of dread, dystopian urban living and disconnection are felt throughout; a horror soundtrack for modern living.”

Read that in full here.

Today, the ambient electronica, freak folk and gothic electro (take your pick and mash them up) return with their first track since that release.

‘Stand Ajar’ takes up that dormant thread, an urgent teaser of their second album revelling in dystopian electro-pop with an atmosphere of sadistic unease.

Everything Shook say “the song has undertones of desire and violence, and is inspired by the poetry of Sylvia Plath and Emily Dickinson.”

It’s available from their Bandcamp today.