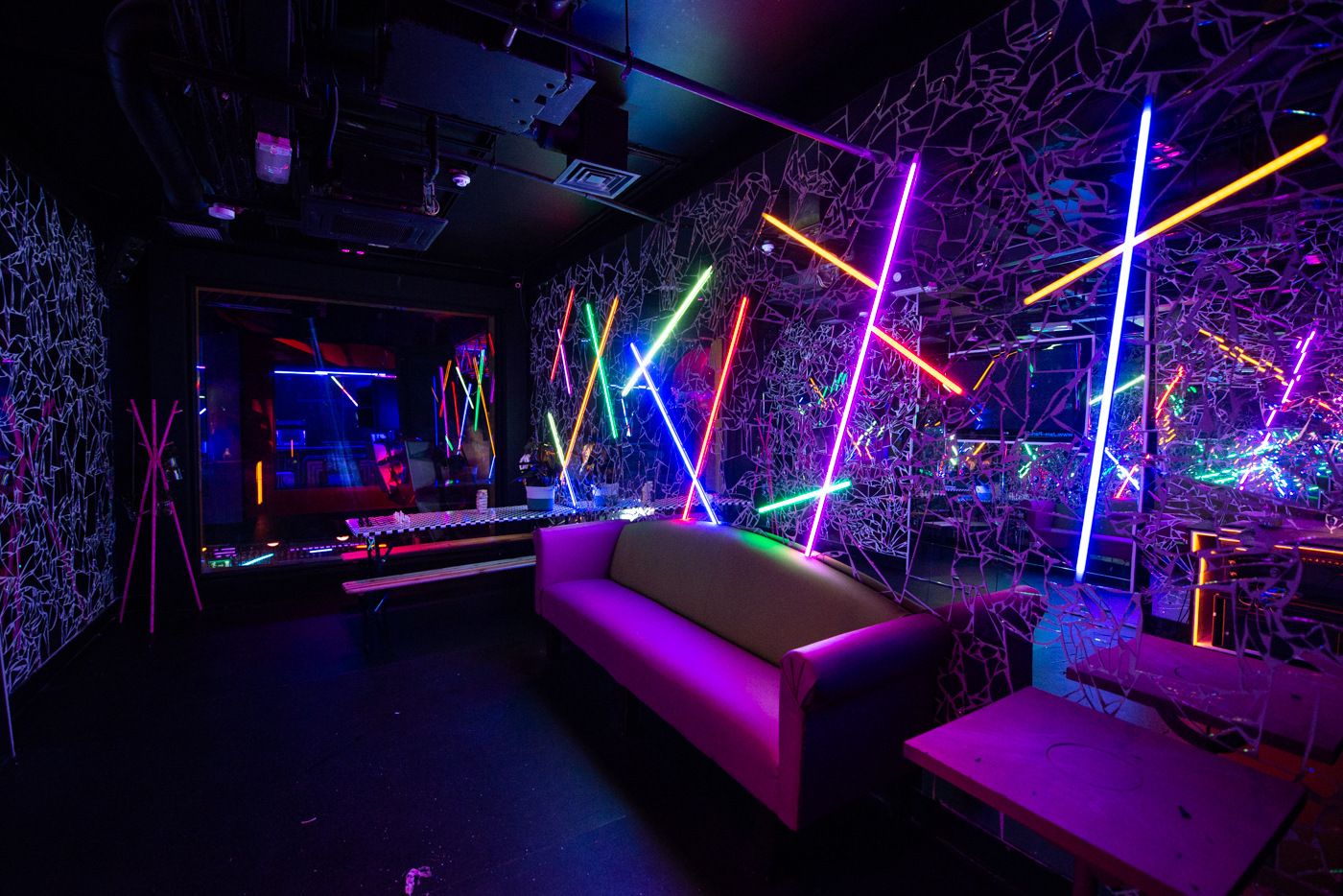 16 gigs to get to in Cork this Bank Holiday weekend

When it was announced that Bodytonic would be taking over the superclub The Wright Venue in Swords it was initially, a surprise.

Bodytonic had started as club promoters that went on to buy a pub The Bernard Shaw, a club Twisted Pepper/Wigwam, open board-game-friendly, good food and craft-beer and cocktails-featuring bars/restaurants like MVP, The Back Page, Fowl Play, The Lighthouse in Dun Laoghaire and Square Ball so opening up a massive space called Jam Park, that encompasses all of that – “a new arts, games, eatery & events space,” is a logical next step. Jam Park feels like an adult playground based on the multiple offerings at festivals that doesn’t just rely on music. Bodytonic have already been doing this in various buildings but Jam Park brings it all together under one huge roof.

It used to be that people wouldn’t travel down the Quays or across the Liffey to a gig but with the changing night-life opportunities as we discussed in a podcast special and a younger generation more interested in experiences and wellness over just getting hammered, Bodytonic owner Trev O’Shea is optimistic.

“When we took on the Bernard Shaw on, no-one could get their head around that as we were club promoters,” says O’Shea. “People were like ‘what are you doing running a bar, why is there art exhibitions in the bar and a café?. It seemed mad then but they’re dime a dozen now. You always have to keep pushing the boat out. ”

What isn’t the most obvious logical next step is taking on a space in Swords, in an industrial retail park near the airport, 25-30 minutes from Dublin City Centre and just off the M50, M1.

“The major risk we have here is location,” O’Shea acknowledges. “We have the infrastructure and we have people on our doorstep. 20,000 people work in the airport for example [45,000 live in Swords]. People have said to me that Swords isn’t Middle Abbey Street and all the cool kids aren’t hanging out in Swords. But like I say to that, people wouldn’t go to Middle Abbey Street to go out. Things change, they have to. We aren’t strictly aiming for a city centre crowd either.”

A newly-announced 24 hour bus between Swords and the City Centre can only help.

For now, Jam Park’s offerings are centred on its games, food and drink offerings. There is a room for art exhibits, crazy golf, an arcade, escape gaming rooms, karaoke, the restaurant which will serve food wherever you are in the building, a rooftoop-bar, a board-game bar, ping-pong tables, shuffleboard and a dizzying amount of spaces across its three floors to accommodate small to large groups with dedicated entrances.

Here’s a look at Jam Park’s various levels and rooms with photos by Roisin Murphy O’Sullivan.

The main music programme will begin in September with District 8 moving on from the closed Tivoli Theatre announcing the first acts set to play the 1200 capacity venue shortly. Key to the music policy right now, is not to stack the offerings too close together – there may be one main gig a week, not two on both Friday and Saturday.

“That’s the way it’s going now, at this scale, it’s all about singular experiences, rather than consistent themed club nights every weekend,” says Eoin Cregan, director of Events and Festivals.

District 8 promoters rely on international dance and DJ acts and Bodytonic will book acts themselves for early shows if they work (their festival Beatyard is going strong this year with the likes of Todd Terje, Chrvches, Jungle, Groove Armada and more playing in Dun Laoghaire this August).

Conferences and private parties up to 1200 people can also be accommodated and lots are already booked in. The space will also be showing films like Anchorman, the Champions’ League Final this weekend and events like Sing For Your Dinner and kid’s raves.

The light and sound in the venue has been treated for the space and includes a Funktion One PA, a 65″ HD plasma screen, a 10K lumen projector and the room has retained Wright Venue’s original disco ball, a monster of a thing, that O’Shea joked helped him make the decision on securing the place. The sound and vibe is warm and inviting and the space has benches out on the floor when a big gig isn’t taking place.

The dedicated exhibition space will rotate guest artist exhibits. This area is just in from the front door up the stairs.

Board games and card games like Guess Who, Cards of Humanity, Battleships, Virtual Darts, Operations and more are on offer at this bar.

Each room and area has its own music playlist to help separate out the spaces.

This is the smoking area and pool, ping pong space that accommodates people at gigs and events.

8 gigs & clubs to see in Limerick city this weekend