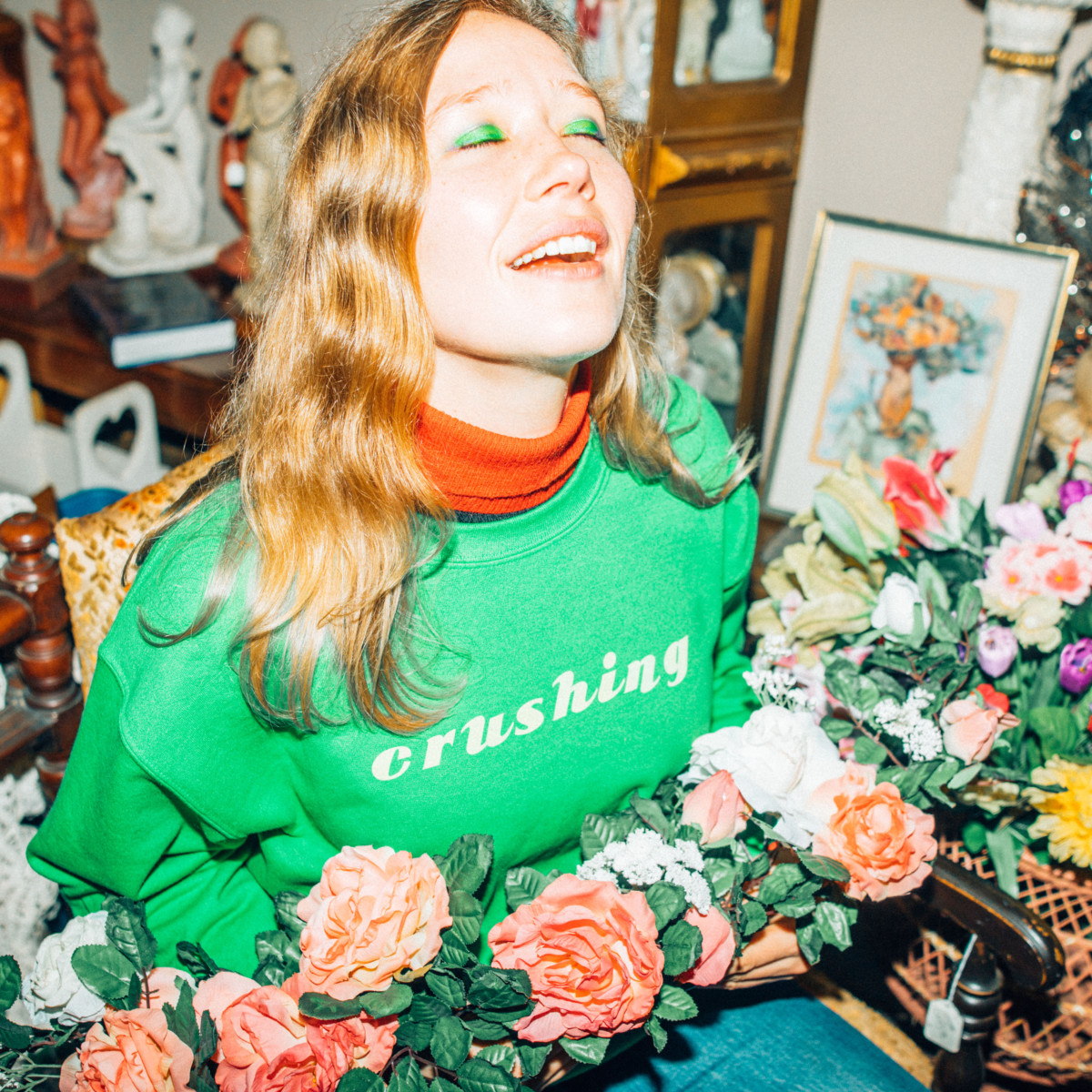 As well as sharing the first song from it, ‘Head Alone’, Jacklin has announced a number of dates around Europe including a date at Whelan’s, Dublin on Saturday 30th March along with a number of dates including Glasgow, London, Brighton, Birmingham, Paris, Bristol and Leeds.

Of the song, Jacklin says:
“I wrote most of ‘Head Alone’ on tour, singing it to myself, looking out the window on endless car journeys. It’s not a song that comes from a singular experience. It came from two years of feeling like the space around me shrinking to the point where I couldn’t even raise my arms. This song is me raising my arms and running into an open field. A bit of a plea to those around me to give me space and a song to remind myself that it’s okay to enforce boundaries, the good people in your life will listen, adapt and still love you.”

Crushing reveals “how our physical experience of the world shapes and sometimes distorts our inner lives.” and is the followup to the 2016 debut Don’t Let the Kids Win. It’s been a busy year for Jacklin with an album with Phantastic Ferniture.