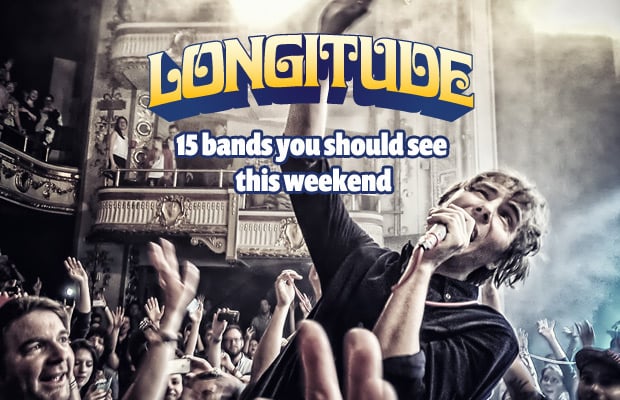 Longitude Festival is fast approaching this weekend in Marlay Park and while you already probably know the big draws you’re going to see whether it’s Haim, Disclosure, Ben Howard, Massive Attack, Rudimental, Hozier or Chvrches, like last year, here are my recommendations for five acts per day to see that are lesser known but equally worthy of making your festival.

There’s also a Spotify playlist of Longitude artists at the end of the post along with the site map and a timetable.

You can catch me DJing at the TXFM stage on Sunday night alongside Kelly-Anne Byrne and Claire Beck. My show on TXFM on Thursday night at 10pm will be a Longitude special too.

When not rocking some sweet electronic funk with his partner in Ships, Simon Cullen delves headlong into elongated gilded space-disco. Last year’s Drift album collated his cosmic grooves into one place and live, recently at Body & Soul, Cullen had pushed the shapes of the songs into more hypnotic synth-laden structures.

From recent collaborations with Sinead Harnett to George Maple, London production duo have shown they have the chops to make head-nodding sunshine summer jams, halfway between R&B and electronic.

Monochrome is one of my favourite albums of the last five years and that’s reason enough to recommend the Dublin pair. Ross Turner and Cian Murphy’s moody disco is infused with the brittle beauty of warm synthesizers of the past. Live, they expand, with members Rian Trench and Glen Keating into a propulsive and sophisticated live electronic band.

The Irish-born Manchester based DJ and producer has moved from electronic disco into deeper dancefloor weapons on his own label Cold Tonic in recent months and the sound really suits him, particularly when a tune as epic as ‘Squad’ is in his record bag. I would go for this song alone.

The Catalan producer’s 2012 album fin brought him international acclaim but he’s mostly spent the last two years DJing around the world since then with the exception of a handful of live shows. Listen to his three-hour set from the Button Factory last December for an idea.