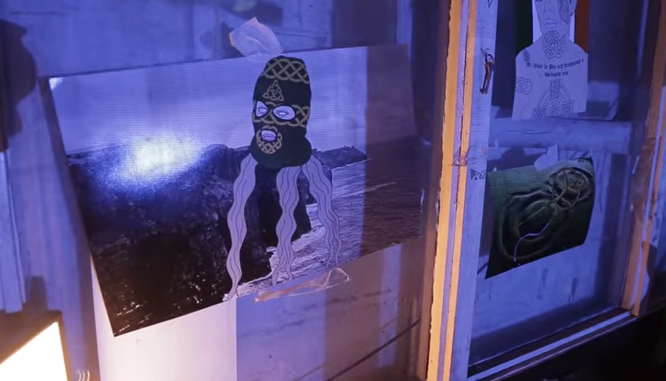 Two weeks ago, this very parish hopped on the first in an ongoing series of music videos created by Humans of the Sesh man Brownsauce.

Part one of ‘Somewhere in Ireland’ saw Same D4ence’s Hazey balance the creative with the mundane with the video for live favourite ‘What’s That’, and from there the series has bubbled under slowly, with part two, featuring MCs Huva, Chili and Ganiyu on understated yet confident bop ‘Jolly’, leading to the live premiere of the full series at Pharmacia in Limerick on the 18th of this past month.

Following that excursion’s conclusion, wherein all rappers involved played to a raucous sellout crowd, a second night was booked for Fibber’s in Dublin, with the SESHFM lads involved on live visuals, which happens this Thursday week on February 7th. In the meantime, part two-and-a-half saw rappers Citrus, Hazey and Strange Boy Nature (TAFKA Jonen Dekay) sparring over shifting, lo-fi beatwork.

Which brings us up to speed, after sleeping on the series somewhat.

We last heard from Aswell when the drone-toned MC teamed up with Mankyy, a partnership hinted at in his contribution to affairs, the video for single ‘Hello Kitty’, which swaps out the contrast between creativity and reality for a darker overall picture, setting the tone for the series’ upcoming online conclusion…

The series premieres in full, accompanied by live performances from all nine rappers involved, in a live show at Fibber’s on Thursday week. More info and tickets, €8, available here.