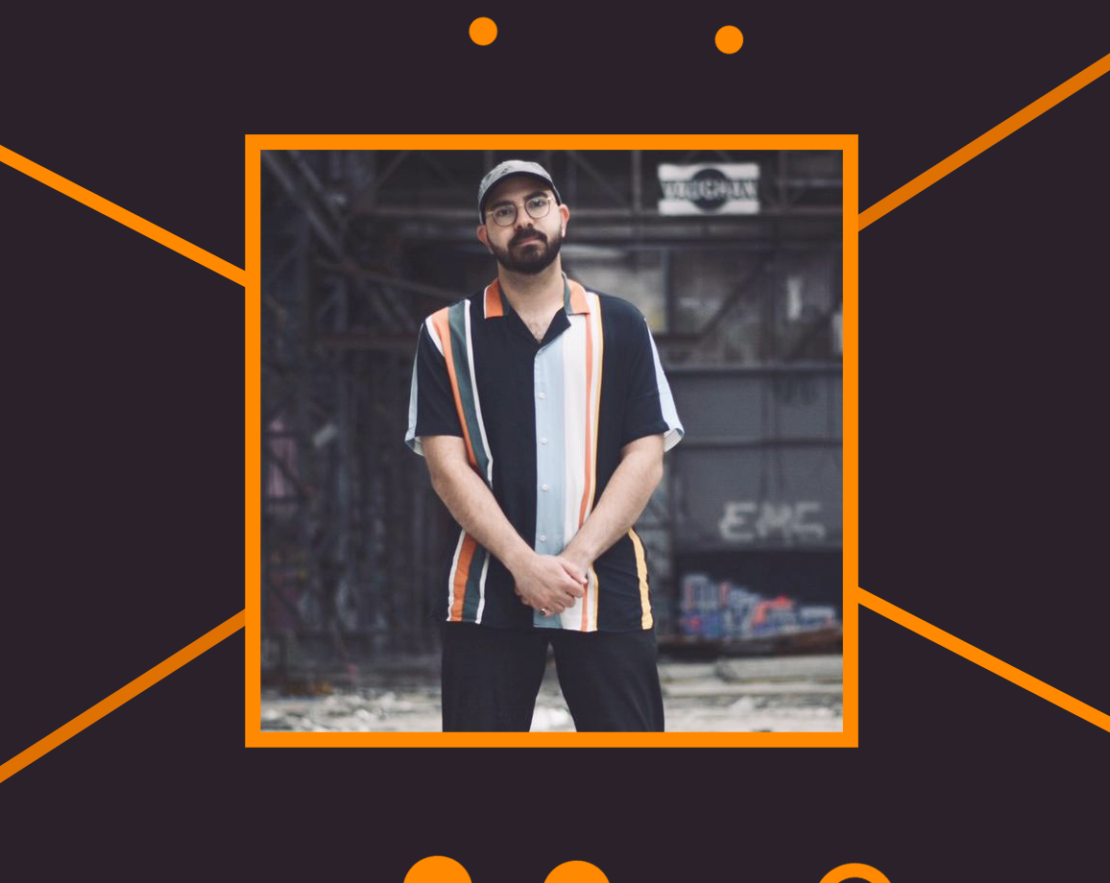 Moving Still is Irish Arabic producer and DJ Jamal Sul who released some of our favourite club tracks of the year.

I had been following Simple Symmetry for a while, and every release they have put out has been banging. Their EP Nar was released on Low Budget Family in September, and it was the first time I saw the word used on a record. Since nar means fire in Arabic, I was automatically eager to hear it. It 100% lived up to its name and this is an essential that I love to drop at every gig I play, and it has never failed on a dancefloor. It is a heavy Italo hitter with an Arabic lead line that brings you on a journey and a bassline you won’t forget.

Issam Hajali is a Lebanese Artist and it was around last May that I heard that this album was in the making, and I was so excited for it to drop. Jannis aka Habibi Funk gave me a sneaky preview, and I was immediately drawn to how melancholic and beautiful it was. Every reissue Habibi Funk puts out is always killer. This track gives me a very smooth combination of folk and jazz which was very rare back in 1976 in Lebanon.

This song by Acid Arab that features Cem Yildiz was released in October of this year. It’s a sick way to bridge together Turkish psychedelia with acid techno. I always have to play out as it is such a jam and even though it has the feel of a slow burner, it always goes down well in a set. Check out the whole album as it is fairly huge.

This track by Laroye was released on Tiff Joints in April of this year. When I first got the promos for this EP I was blown away. It has a really impressive percussive pattern on a 4/4 with a massive lead sound on it that bridges a few genres. The minute I heard it, I knew it was going to be in every set. I got to play it on Rinse FM and nearly every set I’ve done from the time it was released.

The first time I heard this edit of Koi Jaye I was immediately in love with it and started playing it out everywhere but I wasn’t able to give the ID on it since it wasn’t officially released yet. It ticks all of the boxes, from having that Italo bassline to the big kick and gated snare. If that isn’t enough, as soon as you hear that vocal kick in, you know you’re in for a dance floor destroyer. This one has been on heavy rotation by Palms Trax and was then released on Bordello. Keep your eyes peeled for an incoming from Tjade in the New Year, he has lots of tricks up his sleeve.

My Girlfriend is a duo that started jamming and performing live sets in São Paulo in 2016 and then released this EP on Apron records in May. The whole album is influenced by Brazilian neo-soul, house and funk. ‘Modal’ has a lovely heavy drum pattern and has a soothing dream-like chord progression that is an Apron Records signature.

Feluka – Ask The Birds in Cairo

I came across Feluka completely by accident, and I was stunned by the Egyptian Arabic lyrics which resonated with me. I have to say, this has been a constant favourite and it may be familiar to some of you as I played it as my first track on Noods Radio earlier this month. The entire track is a complete summer jam that never disappoints.

This track was a hot tip from Vish Matre, co-founder of Dar Disku. It is a neo-Turkish Psychedelic track that is a dancefloor filler and every time I have played it, the response always shocks me. The whole album is amazing and some of the tracks are very reminiscent of the Turkish psychedelic era in the 70s – so much so that I was nearly convinced their material was from the 70s! This was released on Glitterbeat in April.
.

Simone is an Egyptian singer/actress, and she is the queen of covers. Sound Metaphors reissued her ‘Tom’s Diner’ cover and I don’t think I need to explain this one. Her voice always melts you, and she has some amazing covers out there that you need to check out.

Gaidaa is a Dutch-Sudanese hiphop artist. This track starts with a lovely RnB vibe and moves into a stunning chorus which features a beautiful way of saying “Good morning” in Arabic. The track was released by colorsxstudios in August, and the blue of the title aims to bring awareness of the conflict in Sudan.