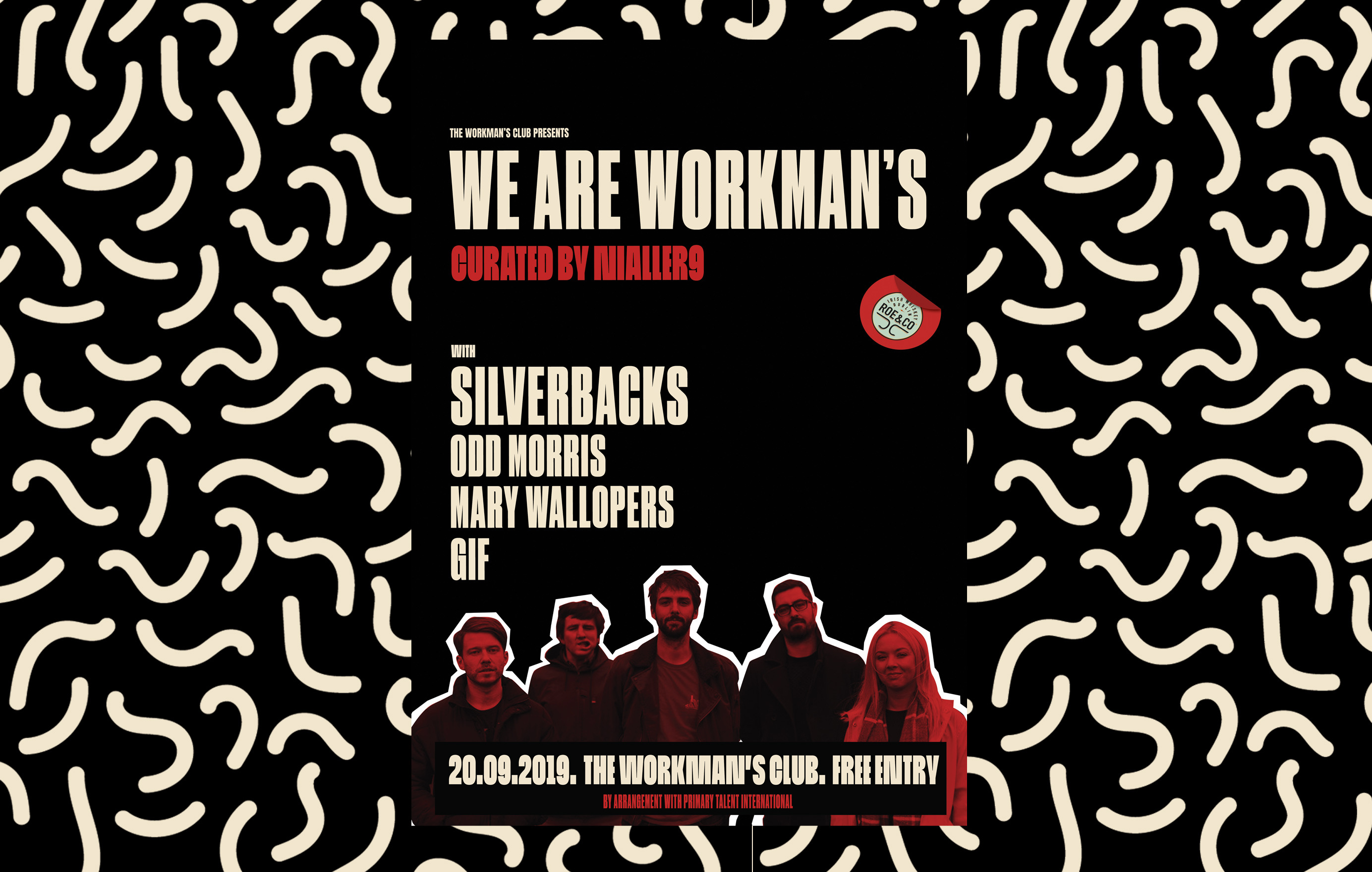 We have got together with The Workman’s Club to present a free show as part of the venue’s We Are Workman’s series on Culture Night September 20th from 9pm presenting some of our favourite new acts on one night, brought to you by Roe & Co Irish Whiskey.

Playing on the night are:

Silverbacks deliver their own louche take on NYC-indebted rock. A fully fledged five piece, they ply their trade with as much emphasis on the dry humour running through their lyrics as the propulsive, triple guitar-led onslaught in their music. Stereogum describe them as, ‘a contemporary Dublin band but definitely bear DNA from the NYC art-rick of the late ‘70s and early 80s.

Influenced by Twin Peaks, Radiohead, Beach House, The Strokes, King Krule, these guys blend their melancholic poetry with uplifting melodies to create a stimulating and doleful soundscape. Their set will have you reminiscing about lost love and life’s bemusements.

The Dublin indie-punk trio gif released their debut tracks ‘Lumière’ and ‘You Said’ earlier this summer. They describe themselves as ‘gnarly, Dublin alt-punk’ and cite the likes of Sleater Kinney, The Smashing Pumpkins and Ramones amongst others as their influences. Check out the video for Lumiere:

As with all the WE ARE shows, delicious Roe & Co cocktails will be served up to quench yer thirst. Roe & Co Irish Whiskey is a premium Blended Irish Whiskey made from the finest hand-selected stocks of Irish malt and grain whiskies and aged in bourbon casks.