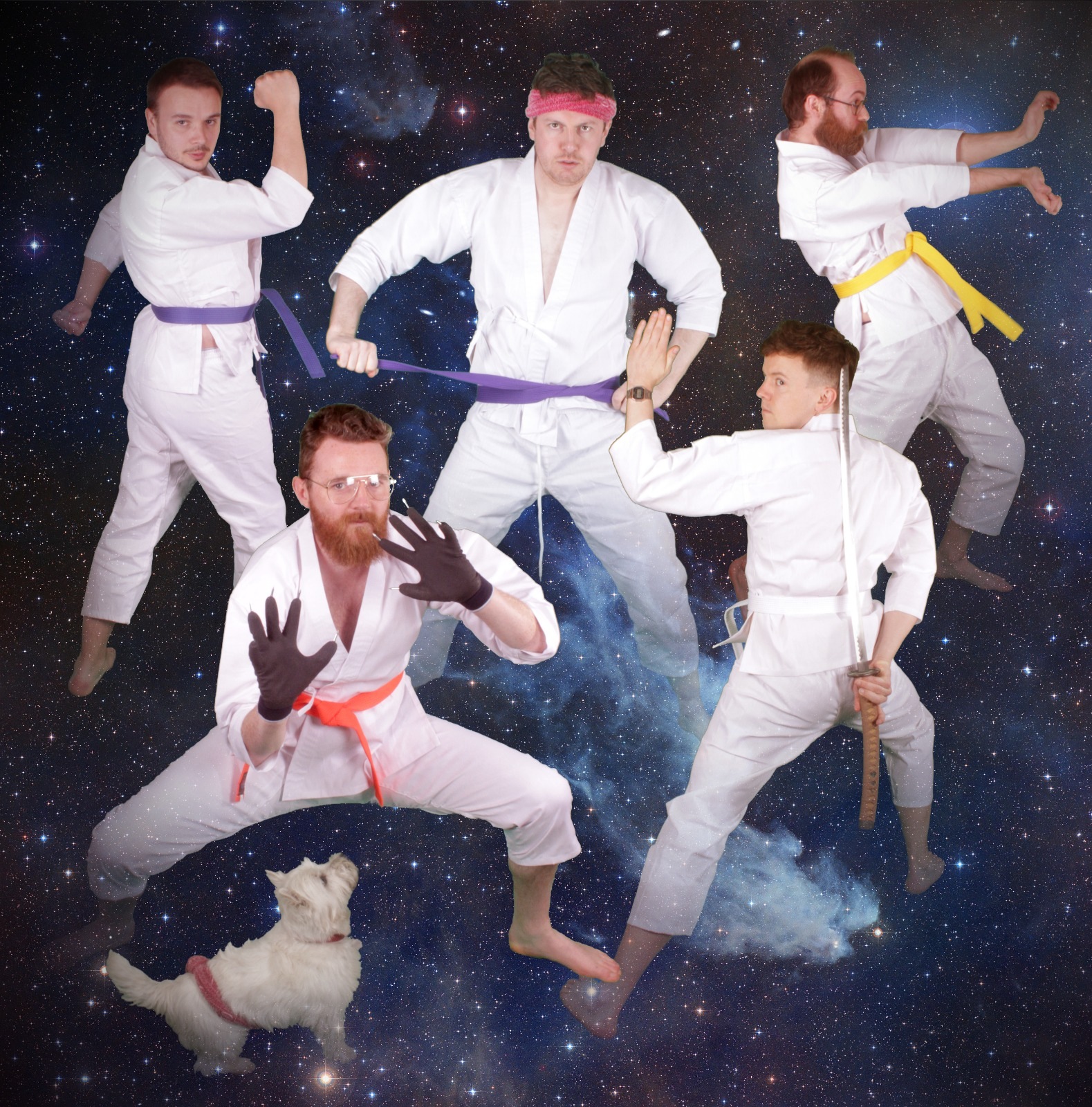 Choice Music Prize winners Super Extra Bonus Party have been making a return to new music over the past little while.

The idiosyncratic (pictured above as karate warriors) five-piece came back from a hiatus to release two singles, ‘Switzerland‘ in late 2017 and ‘Purple Heart‘ in 2018.

The band are busy cooking up their third album, long-awaited to say the least. In the meantime, the group have blessed us with a brand new single and video.

The video, directed by Peter Fleming, is a stroke of genius. It follows a bouncer’s journey from the doors from a well-known Dublin venue to enlightenment by Dublin Bay. We don’t want to say much more on it, bar that the cinematography is gorgeous. Just watch.

The cover art below is Jorge Parras.

The song is on our New Music Spotify Playlist: 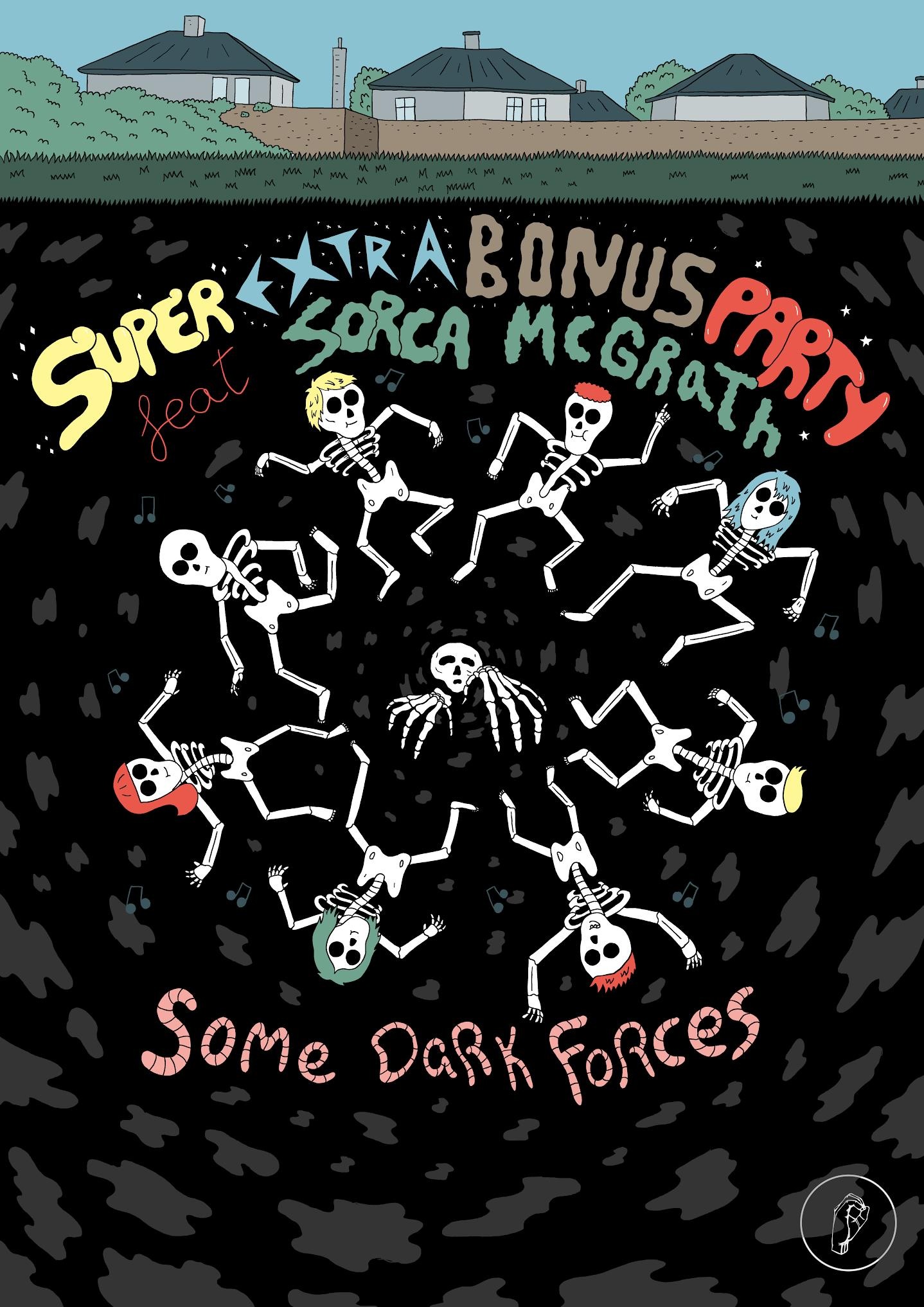