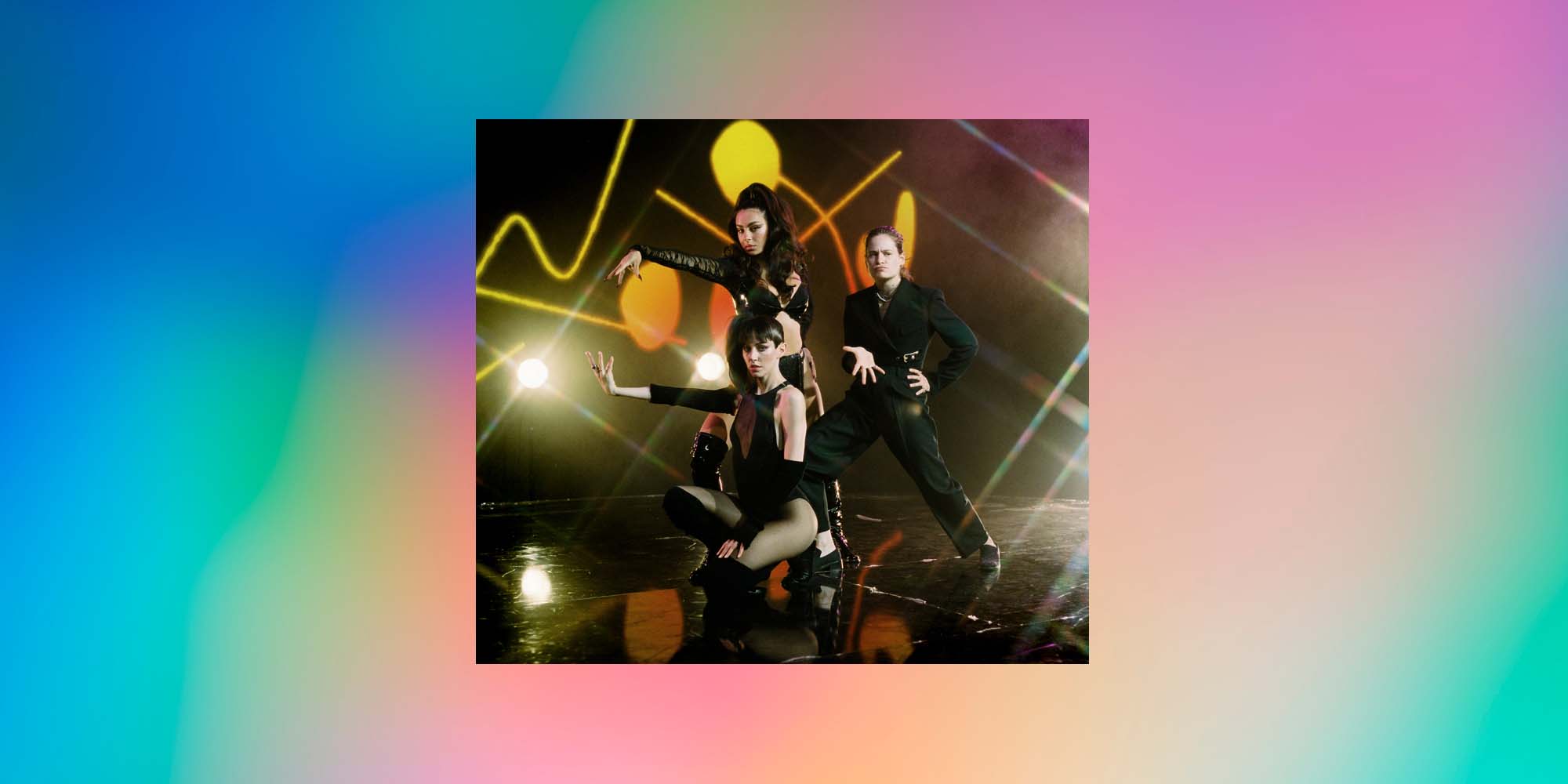 Another Charli pop banger after ‘Good Ones’, with her pop pals on assist. Caroline Polachek’s verse might be my favourite of the three. Charli’s fifth solo album Crash will be released on March 18th, and she’s on tour.

Big Thief at their best.

‘Time Escaping’ is a beautiful song that employs a unique muted harmonic guitar pattern (using business cards to mute the strings) to provide a rollicking percussive base for Adrianne Lenker’s vocals.

The band are releasing a 20-track double LP Dragon New Warm Mountain I Believe In You on 11th February through 4AD.

Much like Bicep’s ‘Apricots’ , the song is based on a Bulgarian choir and bridges Bonobo’s global sounds with O’Flynn’s tougher dancefloor characteristics.

This is as close to a big Jon Hopkins banger as we’re getting this year.

A lead single from Denise Chaila’s just-released It’s A Mixtape EP, with production and vocals from MuRli is a celebration of strength with a Lord Of The Rings Rohan reference, and uplifting brass offering much fanfare. ‘Energy’ has a mid-90s R&B lick to it, and Denise is all singing no rapping here, showing yet another side to the artist.

Blawan returns with a new Woke Up Right Handed EP on XL that is more sound design than club focused, and that makes for some interesting textured tracks like this EP’s opening ‘Blika’, a discombobulating distorted and restrained piece of music.

“If you would make one mistake / what a relief that would be.”

A great opening line about being the bad guy in a relationship sets Mitski’s new track into gear, and its propulsive light 80s synth pop style keeps it going easily.

The song is about “the person always messing up in the relationship, the designated Bad Guy who gets the blame It could simply be about that, but I also wanted to depict something sadder beneath the surface, that maybe the reason you’re always the one making mistakes is because you’re the only one trying.”

It follows on from  ‘Working for the Knife’ and Dublin date announcement.

Cabra rap O.G Lethal Dialect released a great album Songs Of A Dead Dreamer in November (as he so often does) and I want to highlight ‘DOOM’ , a short and menacing cut from the record, that indeed sounds like the Supervillain himself could rap over with ease. LD is on of our best.

Life In A Mind

A standout track from Ross From Friends’ recent LP Tread on Brainfeeder.

Life Of The Party

A deluxe version of Donda with four extra tracks, taking the album to well over 2 hours was released this week, and this one has been heard before via Drake beef leaks and the fan community.

Andre’s verse is the most maternally-focused on an album named after Kanye’s mother, and was left off after Andre didn’t believe the curse-laden verse would work in beep-assisted format, but here we are.

It’s an affecting cut on Andre’s time, yet Kanye shows his loss of focus once again, as his verse denigrates his rivals highlighting his lack of sticking to themes on Donda. The track ends with audio of the recently-deceased DMX and his daughter.

The Detroit producer Black Noi$e provides this glittering bed for Earl to go off. Classic Earl.

Kildare producer Samuel Powell featured here last year with his first tracks, and is now released the Owls EP on Shall Not Fade in December. The release’s taster track is ‘Fold’ a composition that isn’t in your face, it rolls into itself with synths, and a growing presence of beats and percussion across its 6 minutes running time.

Nilüfer Yanya has announced a second album to follow on from the excellent 2019 debut album Miss Universe and last year’s Feeling Lucky? EP.

Painless gets a release on March 4th on ATO Records and the album’s first song, the frenetic ‘Stabilise’ has arrived with a video by Nilüfer’s sister and creative collaborator Molly Daniel.

Los Angeles singer-songwriter of R&B vibes released a fine album called Where Have All The Flowers Gone? this year. This tune was how I got into it.

‘Spotlights’ is the first track from the album, an ode to “romanticised New York City that lives in our hearts, nocturnal and carefree.”

Apropos of nothing in particular, Rejjie Snow left us ‘Arigato’, a multi-beat-assisted new single in November.

‘Blenda’ addresses racism head on, wrapped up in an electro-poppy bop.

“Go back to the country where you belong. Siri can you tell me where I belong?” Racism has always been a part of our lives and the irony is that we wouldn’t know where we truly belong. We are foreigners wherever we go. What this painful and very common comment also exposes is the ignorance it carries. Because “we are here, because you were there” god damn it! But we converted this pain into a strength. A kind of hybrid Toyota Prius generation, but sexy!

Keep An Eye On Dan

A Christmas song is the third song! A synth that sounds like a bagpipe! Flutes! OTT production and melancholy! A woman dragged by her partner, who prefers the dog! A Kilkenny reference. It’s ridiculous.

But it also has a track like ‘Don’t Shut Me Down’ on it.

‘Keep An Eye On Dan’ isn’t going to get near the ABBA Gold collection any time soon but in its production and verve it is a tune that reminds me of an ’80s space-disco song that people would pay hundreds for on Discogs. The lyrics are about co-parenting after a split. It also has a call back to ‘S.O.S.’ at the end.

A devastating song from Lucy Dacus’ recent album Home Video, redone with a full band. The lyrics are concerned with a friend of the singer who met up with an estranged parent with Dacus’ support. It is really some vignette.

The LA Soul artist who is supporting Bon Iver on tour soon, and this highlight from his Absolutely album has shades of Vernon.

Foals are following up their two-part 2019 album Everything Not Saved Will Be Lost with a new album next year, and ‘Wake Me Up’ is all Talking Heads guitar funk, Gibson Brothers drum fills and production that AK Paul is also involved in alongside John Hill and Miles James (Dan Carey was also involved in the album).