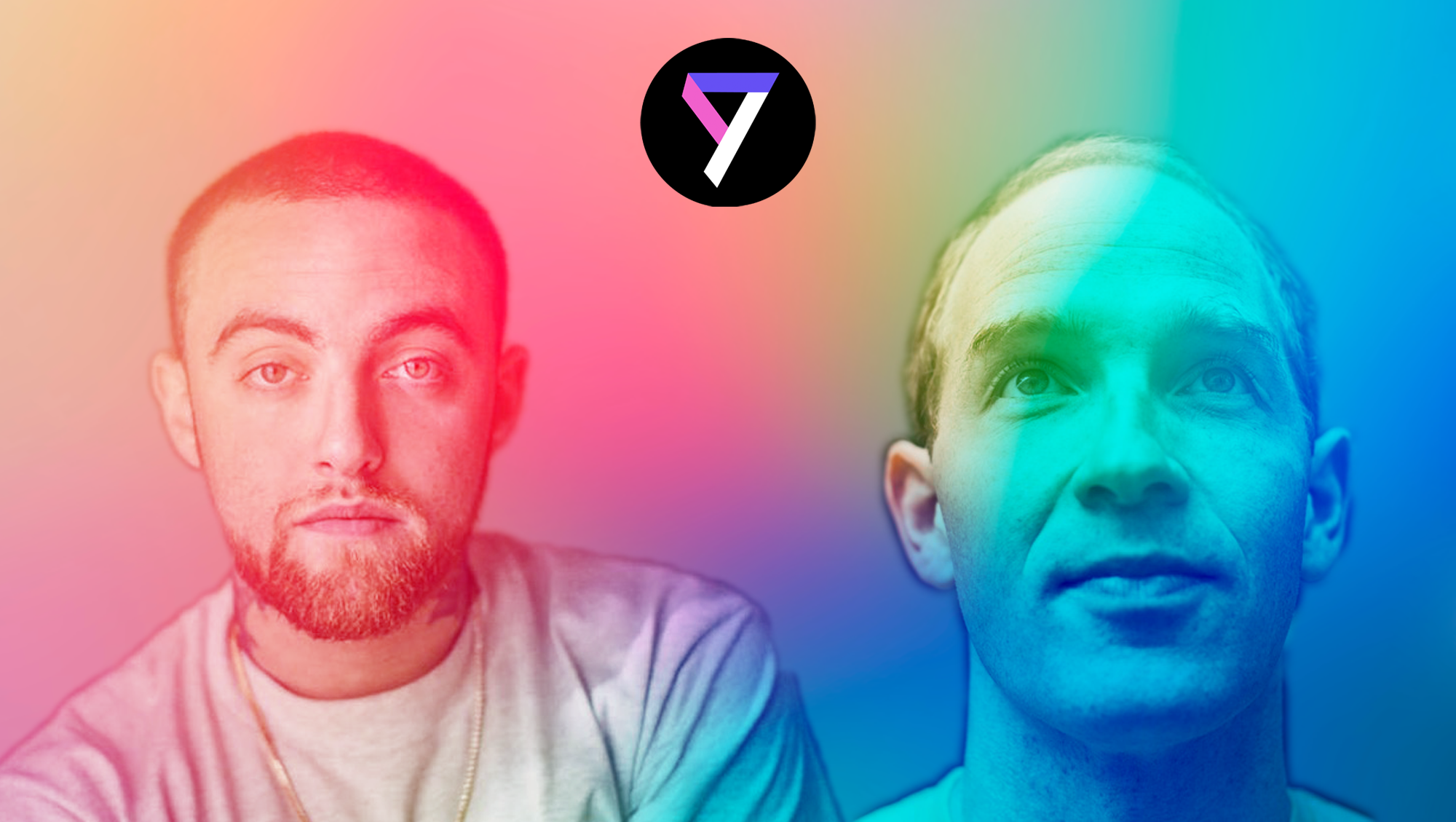 One of the singles from the late Mac Miller’s posthumous LP Circles. Miller draws us into his psyche on ‘Good News’, inviting us to witness the “spring cleaning” going on in his thought process. To really sit down with ‘Good News’ is to allow yourself to fall in love with the endlessly nuanced relationship Miller shared with the English language.

So much of compelling songwriting is doing the simple things right. Caribou’s ‘Never Come Back’ is the case in point. Daniel Snaith isn’t unveiling the ipod on his latest single. Honey-sweet house beats and an infectious, rhythmically punctuated vocal sample do more than enough to immerse the listener for a full five minutes. The basic building blocks carefully assembled beneath the watchful eye of an architect.

That experience is evident on ‘Heaven’, which features vocals from Andreya Triana. We’re talking supreme disco here. Edged in nostalgia thanks to some generally crispy mids and detailed electric bass guitar lines, ‘Heaven’ should be the soundtrack to your next big feeling yourself on the nightclub dancefloor moment.

Two MCs accused by some of being past the peak of their cultural relevancy reassert the work ethic and ruthlessness that put them atop the peak in the first place. Key lines come from Drake in “Bitch this is fame, not Clout/ I don’t even know what that’s about” and Future with ” We some poor, high-class n****s / Made it, we rich, yeah”.

The message, for those of you daydreaming in the back, is simple. Public opinion is fickle, greatness and the endless hours of work and conflict it takes to achieve it, is forever.

One of the highlights from Canadian folk artist Andy Shauf’s superb, low stakes concept album Neon Skyline. Check out of review of the album here.

Here In The Dark

Frances’ is a voice removed from time on ‘Here In The Dark’, delivering a vocal melody which would fit snugly on Innerspeaker (ditto the bassline, especially the bassline) with a sort of drawing-room antiquity timbre. It’s both full-bodied, with its vamping rhythm parts and thin like the draft flowing through a high ceilinged Georgian room.

The budding Waterford multi-instrumentalist Alex Gough left a really big impression on Irish music last year with tracks like ‘Breakfast’ and confident live shows with Gough at the helm on drums and vocals.

In the run-up to Eurosonic Festival in the Netherlands, where Gough played alongside 9 other Irish artists, the artist dropped ‘Fool’, a parping brass and low-end-assisted track with production bolstered by Matt Corrigan.

“Fuck me like you mean it this time Isaac.”

After a superb 2019 seeing her release the certified bop-central EP Why Am I Like This?, Orla Gartland is back with a gorgeous new single. ‘Heavy’ is a piano-led reflection on the difficult little details of a break-up.

Gartland’s writing has a powerful propensity for life’s specificities and ‘Heavy’ charts the melancholic re-imagining of love’s mundanities that occurs after a separation. Minimal instrumentation and her building delivery come together for a track that is both heart-wrenching and endearing.

There’s a new Gaptoof project out in February. Details are a little thin on the ground but the producer is set to release It Looks Like Rain at some point next month. We’re not sure yet if its a mixtape, EP or album though.

For now, we’ll have to make do with new single ‘Dean Street’, featuring vocals from Kean Kavanagh.

Lo-fi hip-hop beats from the producer and melancholic sung lines from Kavanagh. It’s definitely a nice vibe, with a vinyl graininess about the whole cut. Crisp hi-hats and sampled (I presume) horn lines.

Tame Impala’s new single ‘Lost In Yesterday’ takes from French House as much as it does dream-pop. A sweet melodic motif repeated and varied ad infinitum. A more classic Impala sound emerges in the breakdown announced by gorgeous drop-offs in the arrangement and low pass filter sweeps through what remains of it. It’s a succinct bop that can and does.

The Slow Rush is going to be largely about the passing of time, viewed through a myriad of lenses. Here Parker deals with the fine line between nostalgia and the dangers of living mostly in the past. Parker seems to land in favour of the former, letting the hook of “If It calls you / embrace it” have the last say on ‘Lost In Yesterday’.

Peter Fleming has been producing a lot of great electronic music over the last number of years and things are set to ramp up in 2020, starting with the first single from the slightly restyled and more searchable name of CYNEMA .

As with ‘Temptation’ from 2019, Fleming has moved from the instrumental flavour of his early work to more vocal-lead upbeat dance and electronica.

‘Radio Love’ is the new track, a thumping rolling dance track with pop undertones that points the way forward for CYNEMA this year.

Feel The Way I Feel

American artist Caroline Rose has emphatically justified her reputation of an artist opposed to fixed labels. From her acoustic folk roots to the synth-pop glazed of self-empowerment on new ‘Feel The Way I Want To’ , Rose is an artist continually evolving. We’re very excited for the release of her new album Superstar in March.

What happens when you take perhaps the best instrumental band in the world and pair them with one of the best vocalists that there is? Take four minutes out of your day to listen to ‘Texas Sun’ and find out.

Feeling low energy but can’t stomach the thought of your sixth coffee of the day? Go on and give ‘Smiley Face’ by New York producer Duck Sauce. There’s a ‘Cresdendolls’ type energy to this cut that’ll mean we’ll be scraping you off the ceiling with a broomstick later on.

Sharp synth-pop polished to a sheen from London artist Georgia on ‘The Thrill’.

‘God Bless’ is gifted to us from Belgian MC Hamza featuring fellow countryman Damso. The beat goes hard and the half English half French lyrics sound super catchy. Can’t make it all out but there’s definitely plenty of flex bars about money.

A relaxed yet expansive groove number from Samba De La Muerte, ‘Enough Is Enough’ is a wash of soft vocals, electronic flourishes and memorable melodies. Fans of Jungle’s summery jam band approach will instantly be drawn in by ‘Enough is Enough’s warm, soulful vocals before becoming immersed in a more intricately layered, experimental approach.

Riding the intersections of heady electronica and more traditional funk, ‘Enough Is Enough’ has a uniquely distinct sound that provides instant musical gratification. This is undoubtedly not the last we’ll be hearing of Samba De La Muerte.

Soccer Mommy has fallen out of the music video to Wheatus’ Teenage Dirtbag’ clutching some pink sketchers, a guitar and the wonderful hook to new single ‘circle the drain’. Roll on the new album.

An excellent change of pace and direction from Honduran-American pop artist Empress Of on her single ‘Call Me’. Laden with 80s nostalgia and atmospheric reverbs, this new single very nearly delves into the realms of synthwave.

The vocal arrangement and delivery provide the distinguishing feature between a good and a great song. We may never see The Turning, but we’re grateful for its existence for making ‘Call Me’ a thing, if not for anything else.

Lastly, a change of pace this is for Empress Of, but her 2018 LP Us remains a superb pop record that flew a little under the radar. Definitely listen to it if you haven’t already.

No frills, all thrills techno from a Dutch master.

Dutch Sub Pop signees The Homesick come through with some abrasive, hot-tempered rock on new single ‘Male Bonding’. This is seriously excellent stuff, keep an ear out for the band’s forthcoming debut LP The Big Exercise this Friday.