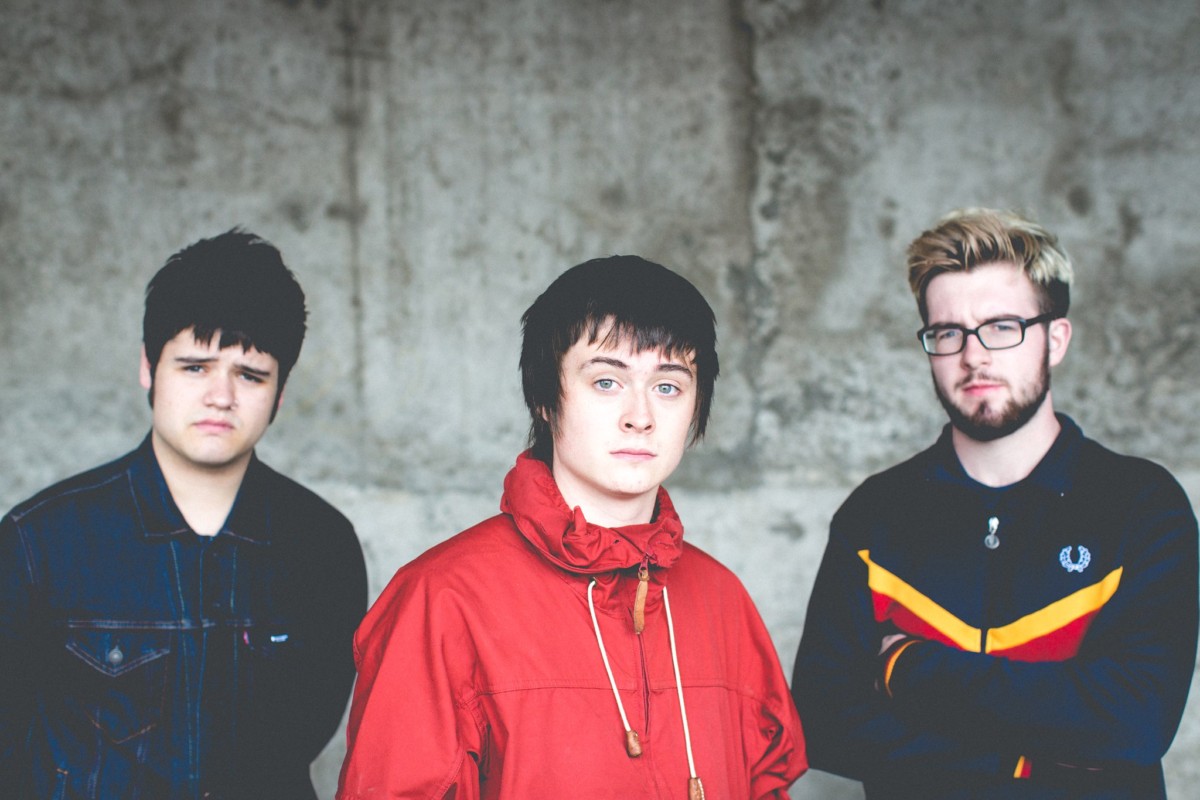 Touts are a Derry based punk rock band made up of Matthew Crossan, Jason Feenan and Luke McLaughlin.

The band first piqued our interest with their debut single ‘Sold Out’, a track which embodies the rebellious punk air that their hometown is known for. The singer also bares an uncanny resemblance to Joe Strummer of The Clash. When we interviewed the band earlier this year, they said that they were trying to break away from such associations and make their music their own. Their new material asserts that they are doing just that in the blend of grungy guitar distinct vocal melodies. The band picked their favourite tracks of the moment for us.

Sunflower Bean are a brilliant band from New York with lethal tunes. I can hear a lot of other bands that I like in their music both melodically and lyrically. ‘Easier Said‘ is also a brilliant song. I’ve had the chance to see them 6 times – at SXSW, once in London and at Reading and Leeds – and missed them each time, so hopefully someday soon I’ll catch their set.

I haven’t really listened to much of Phoebe Bridgers‘ other tunes but I particularly like this one. I love the baritone guitar, vocals and the chorus. It’s a very well written and produced song.

I could pick any song of Paul’s new album but this is one of the ones that particularly stands out. The album was definitely a slow burner for me – it took me a few listens to fully appreciate it fully – but it was well worth the time. I really enjoy the harmonies in particular on this track.

I’ve heard a lot about Courtney Barnett but I only gave her a listen after I saw her set at the BBC Radio 6 Biggest Weekend. I was very impressed with her performance. I think she has a really unique writing style. I’ve been listening to her new album flat out.

René and Georgette Magritte with Their Dog After the War

When Touts went to Austin for SXSW, all I really listened to was Paul Simon‘s Hearts and Bones and this was a really stand out track for me on it. Every time I listen to the album now (and to this track in particular) I always remember that week. The fact it was on his set when I saw him in Dublin recently makes it doubly special. I could sit and chat about what else makes it so special to me but I’d be here all day!

I think that Slaves‘ new album is lethal – their sound is really starting to develop. ‘Cut and Run‘ is a simple tune but it’s the sort of simple that’s hard to achieve. I think they get it spot on.

I’ve heard a lot about The Lemon Twigs but I only started listening to them properly last week. I saw them play this tune on Jools Holland and was blown away. The aesthetic of the band is lethal, and the arrangement of their tracks is class. This song in particular sounds to me like it could’ve been taken straight off Abbey Road.

I’ve never really been a huge Arctic Monkeys fan but I love their new record. I can hear a lot of the Thin White Duke era Bowie in it, and ‘She Looks Like Fun‘ was the first track that really caught my attention. I like how there’s a lot of space in the song and the instruments on this really complement the song and nothing is overdone.

I Just Imagined You

This is probably my favourite track off Blossoms‘ newest record. It sounds like a song you’ve known all your life. Lethal band and sound boys.

I can’t speak for the others in the band but this wouldn’t usually be my thing. However, I saw Dirty Faces in Derry and was impressed with their attitude and stage presence and I thought some of their lyrics were really clever. They make a massive spectacle with just vocals, a bass and a drum machine. Well worth a listen!

Beastie Boys Book is a vivid tribute to their rare friendship, music obsession and comic energy