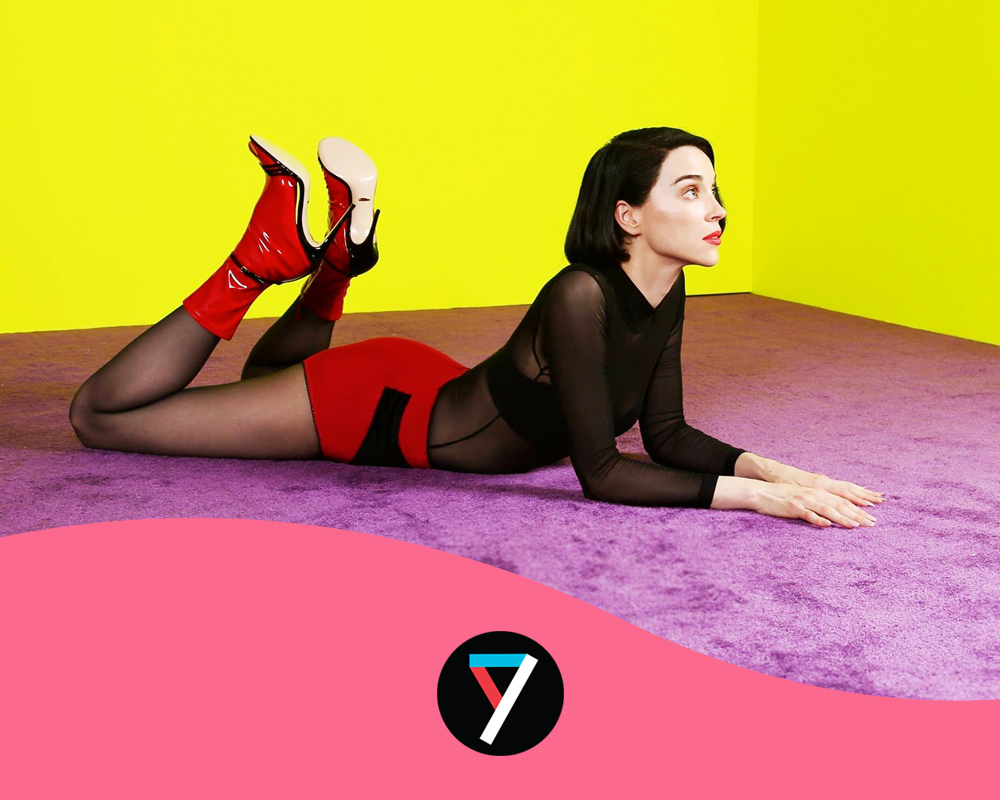 The always-reliable Awesome Tapes from Africa digs up a 1995 kwaito dance gem from South Africa’s Professor Rhythm. The label has had some great stuff in 2017 including Umoja’s 707′ and Om Alec Khaoli ‘Say You Love Me’ and this is no different. Joy. Brian and his Awesome Tapes From Africa are in the Sugar Club in Dublin on November 11th with Super Silly, Farah Elle courtesy of Woweembeem.

The Go! Team are back and for their first song since 2015’s The Scene Between. The Brighton band arrive with ‘Semicircle Song’ with a marching band, The Detroit Youth Choir. The band’s mastermind Ian Parton took inspiration from Northern soul, Japanese indie-pop and old-school hip hop and went to Detroit to record with a marching band and choir.

Massachusetts duo Boy Harsher impressed me with the dark and swirling ‘Motion’ and here’s another from their debut EP, a pulsating electro track with atmospheric care-free abandon and an old-school beat.

Effervescent electro pop from Cait and Katie, a duo from Nashville.

I’d become less interested in recent Burial releases due to familiarity or apathy. That’s on me perhaps but the latest track from the enigmatic producer finds him in his most direct clubbing state in quite a while. From the the relentless bassline to the hypnotic vocal line to the snatches of sax, ‘Rodent’ is a fresh sound from a producer who already has a trailblazing tag.

The latest release, Memories of Cindy 3, from the LA producer has his trademark textured ambience in full effect: revealing itself like a soft breath in a warm fogged tunnel.

Annie Clark’s Jack Antonoff-produced album Masseduction is out today. Clark has always been one to root for – as a kickass female artist in a male-dominated guitar space, she’s proved herself more talented and ambitious than anyone yet sometimes, her songs remain stubborn to letting you in beyond admiration. ‘Pills’ is maybe the most pop thing Clark has ever done but it doesn’t lose the swagger that got her to where she is in the first place. She’s in Dublin next week.

Will Wiesenfeld is back as Baths with a new album Romaplasm on Anticon on November 17th and the album takes inspiration from anime and video games. ‘Out’ has that vivd bounce to it and Will says the title is “a dual meaning—either referring to someone going out for the night, or being an out gay person. It touches on the intersection of both but mostly deals with how I feel in a club environment.” Here’s first single ‘Yeoman’.

King Krule – Half Man Half Shark

Archy Marshall’s newest album as King Krule might be his most complete yet (one listen in). Marshall has a tendency to let his drawl do all the work on tracks sometimes but there’s plenty of shade and energy on the new record to warrant further investigation. It’s still got that loose jazz feel at times and ‘Half Man Half Shark’ is one such typical highlight.