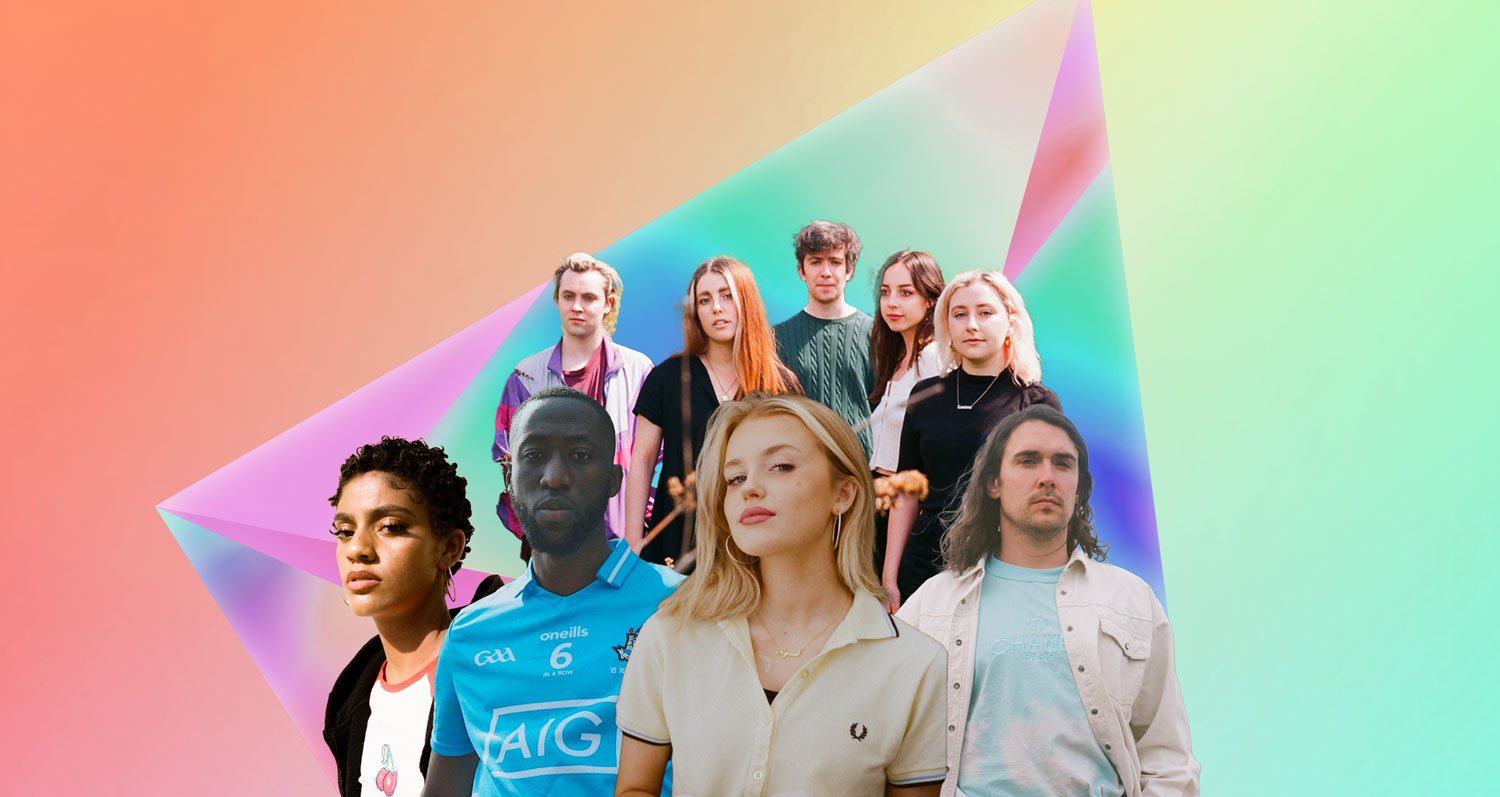 As with last year’s list, this list of new artists was missing a key indicator that would normally have helped us make a decision on the shortlist – the almost complete absence of gigs and festivals save or reopening events from late October to present and government-funded reduced capacity gigs.

Still, some emerging acts did get the opportunity to play bigger stages this year like John Francis Flynn, whose debut album cemented a trad-folk talent who was previously knocking about sessions at The Cobblestone.

The emergence of Chamomile Records roster Aby Coulibaly and Monjola was one of the Irish success stories of 2021 and we think there’s much more to come from that roster.

Some like J Smith or Royal Yellow took what they learned in previous bands and applied it in new ways, while artists like Bobbi Arlo, Lucy Blue and Ahmed, With Love, and M(h)aol came into their own.

So while we did consider some live activity, most of the reasoning for the inclusion of these 30 acts were down to the songs, the craft, the recordings that moved me on first listen and brought me back, whose presence was an exciting and necessary addition to the Irish music landscape. It doesn’t so much matter about the metrics but about the moving nature of their music.

Lastly, a consideration that a band or artist will progress to bigger and better things in the year ahead was a factor.

The toughest thing is always to cut off some which are deserving of a placement, and on another day, another month, the 60-odd new acts considered for this list may have featured.

The final number of acts was reduced to 30 – mainly so I could complete the task and article you see now. Thanks to COVID, Nialler9 as an entity is largely a one-man daily editorial team, so that reduction was necessary – but also I believe 30 will be more manageable in terms of discovery. And speaking of, there is of course, a playlist.

If you like what we do, support us on Patreon.

Listen to the Playlist on Spotify

Let’s get on with the list, in alphabetical order:

No other Irish act has had quite a quick rise to popularity in the past year than this Kilkenny dance duo. 49th & Main make music of a jazzy-house electronic persuasion and their breakthrough came with ‘Catching Eyes’.

Since that production, they’ve added a pop centre and singer-songwriter sounds to their music since the release of their recent Good Luck EP featuring Fynch, Kehli and Khakikid.

They finally played some live shows are sold out Whelan’s with ease. Next stop: Eurosonic.

From the same family as other Irish music luminaries Loah and Fehdah, it feels time for the spotlight, or disco ball to shine on Thomas Garnett.

The multi-instrumentalist’s last few singles as Abbacaxi have demonstrated a soaking up of classic disco and house influences as heard on ‘Used To Keep Me Warm’, ‘More Than I Need’, and the latest ‘The Pageant’ , a Arthur Russell-funk esque track

There’s a lot of R&B artists out in the digital ether and rising above the noise is tough, but Dubliner Aby Coulibaly has done it by releasing songs of a higher calibre like ‘Chamomile Tea’ and with a confidence that few have matched.

Along with Monjola and the Chamomile Records crew, Aby’s journey feels like the start of something much bigger.

Read our interview with Aby.

With just a handful of singles this year, Dublin rapper Ahmed, With Love has shown a fine form for a new artist. Collaborating with fellow rising artist Khakikid on the hook-laden ‘Full Plate’, and a fine track with S.E.M.I of Cable Boy called ‘As Luck Would Have It’, these 2021 tickets and some late forays into live shows have us excited for more.

Brendan McGlynn’s has said he wants his Aonair project “to sound like an old tape you might find in your parents attic, from a forgotten 80s band,” and you can definitely hear that on the audacious ‘Think Twice’ with Wyvern Lingo’s Caoi De Barra guesting on an anthemic song with sax solos and a big choruses.

McGlynn has played with bands like Thumper, Raglans and Colour//sound and Aonair is a leap into more bombastic power guitar pop territory as heard on ‘Your Man’ and ‘Bad Decisions’. An impressive Ireland Music Week performance and a slot at Other Voices were other key indicators this year for Aonair.

After a fine opening run of singles with tracks ‘Berries’, ‘Signs’ and ‘Breathe’, the Dublin R&B artist Bobbi Arlo stepped things up with two superior tracks, the evocative ‘Feel It’ and the dark electro pop of ‘Fever Thoughts’.

COVID meant Arlo only played her Dublin headline show last week and it was a sell out. We expect a lot more from Bobbi in the next year.

London-based Irish singer Carrie Baxter brings a sophisticated soul slant to her music that often has R&B vibes with nods towards hip-hop beats. This year, Carrie released the extended EP What Now?

There’s a reason she’s been on the site regularly this year.

Conor Kelly’s Chósta project has been releasing evocative electronic music and has been a regular here this year.

The Donabate producer’s music is softly smudged, gentle and reminiscent of the music of Leon Vynehall, and inspired by coastline surroundings and late night radio of old.

Ellen O’Mahoney and Carla Ryan have been singing together since they were 15, and have in the last couple of years have created alt-pop music with producer lullahush and the results are fruitful and sonically interesting.

See the Sylvan Esso style of ‘Tokens’, the crawling sonics of ‘Win Win’ and the breakup song ‘Tuesday’.