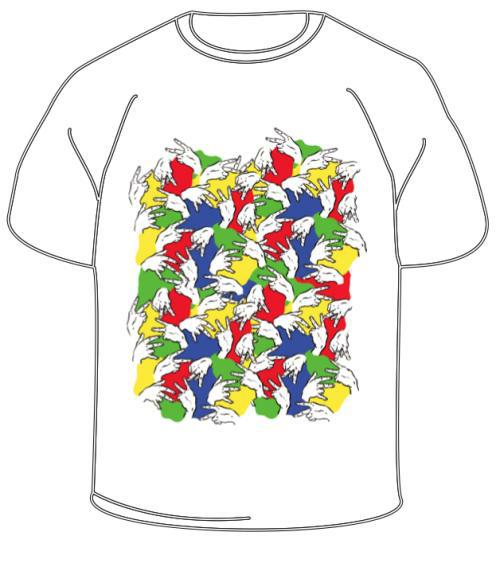 And So I Watch You From Afar basement gig this Sunday 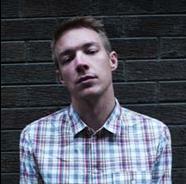 Here’s an interesting interview conducted by CTRL (a Top Man yokey) with Diplo where he reveals he is working with Rolo Tomassi, Sleigh Bells and Lil Jon, his love of metal and the artists that are doing it for him right now.

CTRL have also given me a t-shirt designed by Diplo to giveaway. There were only 50 of these made. You can see the design of it here. It was no doubt inspired by Diplo’s constant hand sign in photos. Drop me a mail on [email protected] with your size and address and I’ll choose a winner by next week.

So let’s start by talking about some of the bands you’re a fan of at the moment.
Diplo: I’ve been working with the band Rolo Tomassi, I’ve just finished writing and producing their record, they’re a punk, hardcore, progressive band, it’s pretty crazy! This album’s not as crazy as some of their previous stuff; it’s a little more controlled.

I really like Micachu, I like her voice and the record she did ‘Turn Me Well’. There’s a lot of really good singer/songwriters in England at the moment.

As far as new music in America is concerned, there’s a great crew called Trouble and Bass in New York, I work closely with Luca from Drop the Lime, I really like his style he’s a real New York product. There’s also a band called Sleigh Bells that I’ve been working with, they’re kind of a Southern gothic rock band, they’ve got a song called ‘Crown on the Ground’ which is big at the moment.

Some people would be quite surprised by some of the heavy rock bands you’ve mentioned, what’s the connection?
Diplo: Well I grew up in Florida, and down there, there were only a few things I was into as a kid. In South Florida, there’s a massive Metal scene, bands like Deicide and Morbid Angel, really hardcore death metal, and hardcore punk stuff like Hot Water Music.

Then there’s the Miami bass and electro scene, there’s a big rave culture down there. So I was really into those two things. I’m a fan of Converge and Mastodon and I love Invasion, they’re awesome. I love Chan, the lead singer. They’re a metal band but she sings like a soul singer, though not on purpose! She’s got this crazy aggressive bite to her voice. A kind of Aretha Franklin sound of the 1960s and 70’s when it was soul music but a really heavy backing track, like Sly and the Family Stone or Tina Turner.

I started a mix for them but never finished it, although Boy 8 Bit did a mix for them, which is pretty cool. I love his stuff, he’s another metal head with his long red hair and wears metal t-shirts all the time.

Boy 8 Bit is big on the club scene but I heard he’s working on an album?
Diplo: Yeah he’s making his album now, he’s done about four tracks, it’s going to be cool. I think he’s one of the few DJs who can make an album as his music’s really melodic and more conceptual, it’s not just giant drops. He’s somewhere between flash-in-the-hand music and the deeper techno stuff, he’s the one guy who can really pull it off which is really hard for people to get their heads around.

Him and Fake Blood both. They’re old friends and used to be in a band together, when Theo (Fake Blood) started The Black Ghosts, it was him, Boy 8 Bit and a girl on keyboards, then he kicked Boy 8 bit and the girl out and started working with the guy from Simian, just before he started Fake Blood.

I’ve known him for a long time, my manager’s label, Iron Sounds, used to release The Black Ghosts stuff. Plus I’m really nerdy, and Theo’s the same, he’s makes proper music with the aesthetic of using old record samples. These days the young guys sample stuff like 50 Cent, but he still samples $500 records that he’s found in charity shops and uses them to make things like drum sounds. The drum break in Mars, he sampled a really obscure drum break that he chopped up and made a house beat with.
On one of the most recent tracks he sampled a really old really rare live Grandmaster Flash record, ‘Flash to the Beat’ so he’s always trying to one-up himself and I think I’m one of the few geeky “train spotter” sample spotters left, he puts a lot of work into his music.

Any other favourite up-and-comers?
Diplo: In LA, there’s a couple of great producers one called Flying Lotus. I love his sound; it’s a really ‘psychedelic meets J Dilla’ vibe. Heavy and well produced.

You mention Dubstep, who are you’re favourite Dubstep artists at the moment?
Diplo: Obviously Rusko, as a Mad Decent artist, he’s a big deal for us, a bit of a superstar. He looks like he’s just stepped out of an 80’s cartoon from one of the bad street gangs! Other than that, I love Joker from Bristol, I’ve just put one of his tracks on a Mixmag compilation, and Stenchman, he’s really crazy, he wears masks and is a mad character! One of my favourite old school guys, Loefah was one of the guys who got me into Dubstep in the first place. What he did was so different I was fascinated with his take on it.

Of course then there’s guys like Skream and Benga, every time they put a record out they’re always surprising people. I’m really into the Dancehall scene, which I think is really underrated. We’ve got a guy called Prince Zimboo on Major Lazer records. He’s a crazy guy, always in character. I love people that commit to the music so much that they live and breathe their art. Also Busy Signal, he’s a real hard worker, lots of different sounds and styles, him and Vybz Kartel are always suprising us.

You must have experienced a lot of Jamaica when making the Major Lazer album, what’s your take on the scene out there?
Diplo: We went everywhere from the gulliest parts of the city to do interviews for Hype TV, the Jamaican MTV, to politicians houses behind guarded security walls, and then on to DJing a club the same day, so I’ve seen pretty much everything you can in a day! Not everything there is a Dancehall party, they love their Celine Dion, Bee Gees and Kenny Rogers, ’50s and ’60s music is huge too, it’s really cosmopolitan. I spent a lot of time in Trinidad last year too.

Is it more of a soca, carnival vibe in Trinidad?
Diplo: Yeah, when I DJ’ed I played a lot of UK funky stuff, they didn’t really know it, but they got into it. I played for more of an uptown crowd not so much the soca kids, it was a lot of expats and British kids. It’s a really progressive place, with kids in rock bands, a lot of grunge and stuff, very unlike Jamaica.

So have you got any favourite acts from Trinidad?
Diplo: There’s a lot of underground DJs out there, a guy called Jillionaire, he runs a really cool bar there. He doesn’t make music but he knows a lot about the scene out there. He’s part of the Major Lazer crew, sometimes we take him with us as our MC.

Another artist I really like is Maluca, she’s just done a show in Jamaica, she said the merengue scene is very alternative and crazy; fast music using rock samples and stuff, very Avant Garde. She’s got a lot of buzz, I’m really proud of what she’s done, she’s like ESG mixed with Madonna and Heavy Metal, it’s crazy.

You’ve been doing some stuff with the rapper Lil Jon. What was it like working with him?
Diplo: Yeah, we’re in the studio doing a couple of records, one is a baile funk record which is going to be on his album, and one’s a Dubstep track that I’m going to release in January. He’s one of the more down-to-earth rappers I’ve met, so it’s pretty easy. He’s really willing to take chances, he’s more than an artist, he’s more like a brand, so it’s pretty cool to work with him.

You did a few shows with him didn’t you?
Diplo: Yeah we did like three shows, not really anything planned, he just turned up and wanted to play with me. I think in April we’re going to do a college tour, a bit of a rave kind of thing. You’re well known for going out to new parts of the world and discovering new music from places like South America. Who are your latest discoveries?
Diplo: There’s a couple of kids from Argentina I really like at the moment, one is a kid called DJ Negro, his music is kind of like Dub Reggae meets Cumbia, the song builds and the sample comes in and then the drums drop, it’s real minimal like techno style, it’s got so much energy. Then there’s a kid called Douster. He’s just done a mix for Mad Decent, he’s a great producer, I’m really into his sound at the moment.

There’s a couple of kids from England, Mumdance and L-VIS 1990, they haven’t produced much but I really like their ideas and I can’t wait to get more stuff from them. Other than that there’s some great stuff out of South Africa, obviously Mujava had a big record ‘Township funk’. There’s another guy called DJ Cleo, if you listen to his music it sounds like everything from Boys Noize to the Prodigy into Africa house, mixed with Masters at Work, every kind of sound is in there.

There’s a couple of acts from Israel I really like, a hardcore punk rock band called Monotonix from Tel Aviv, and a Dubstep kid called Borgore it’s the most intense Dubstep I’ve ever heard, the bass lines are so heavy.

Finally, you’ve mentioned lots of different scenes; do you see yourself as part of a particular scene?
Diplo: When we did Hollertronix in Philadelphia about 5 years ago, it was really ahead of it’s time, but then people came along and did it a lot better than us, guys like Spank Rock and Amanda Blank came out of that.

Now I’m involved in the young American scene, somewhere between club and pop music. Artist’s like MIA and Santigold are part of that and some of these rappers, it’s not so underground anymore, it’s more a scene of ideas that link people together.

Sarsparilla – Slave to the Cat Gang