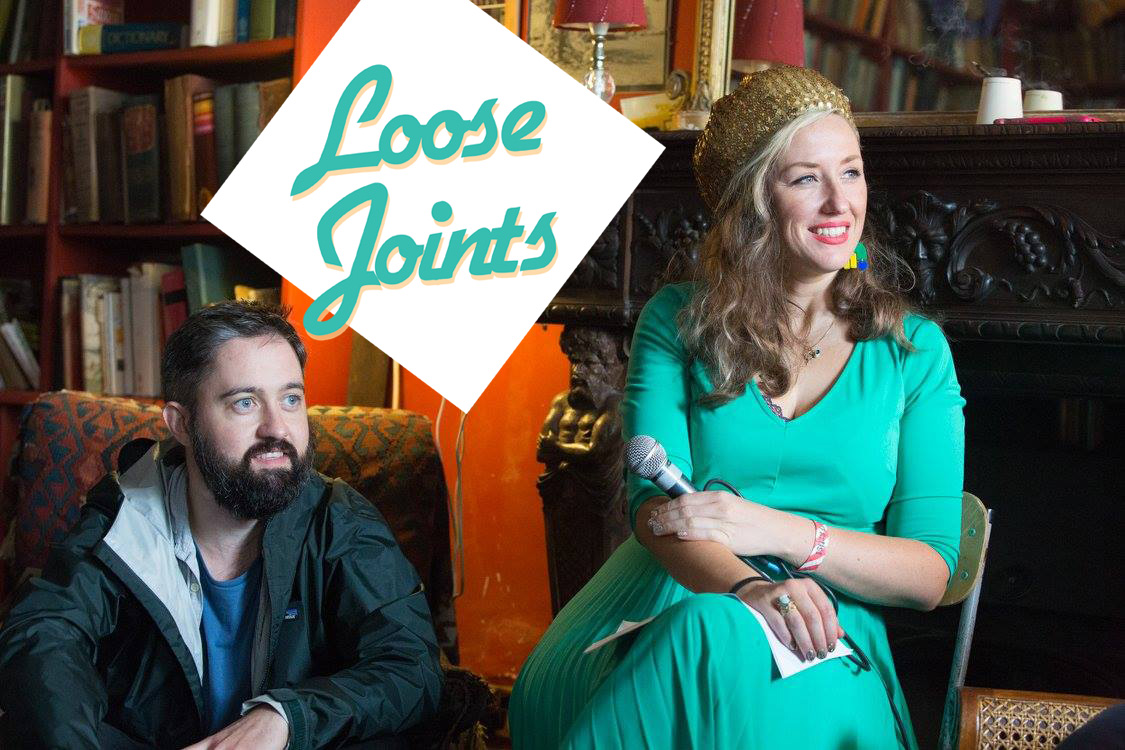 Loose Joints is a podcast where we talk to a guest and play music they like new and old. True to the name, the podcast features a loose collection of tunes, tied together by very little logic, just like our chats. Nialler9 and Sally Cinnamon are your hosts.

Another Love Story is the perfect gathering. A festival in a manor house in Meath where the audience was as integral to the vibe as the music and happenings. Lovingly organised with thoughtful programming (it finishes at 6.30 on a Sunday so it feels different to others) with attention to details down to the aesthetic of the bins.

Part of its intimacy extends to the library and front room where talks and performances happen and a sprinkle of spontaneity hangs in the air. Donal Lunny might show up and lead a folk club, your mate might start being a literal windowlicker when you’re recording a podcast as what happened when Loose Joints did a live recording of the pod with guests Conor O’Brien (Villagers) and Richie Egan (Jape).

Giddy tunes, Skin flutes, cowboy trousers, artists who are doses or not, dubstep remixes, being overshadowed by your duet collaborator, how to have a casual conversation with Bjork and outlier electronica are just some of the things we covered in our hour. Special thanks to Siobhan Kane for having us down in the Library and to the Another Love Story audience in the room and beyond.

The 10 best new songs of the last week