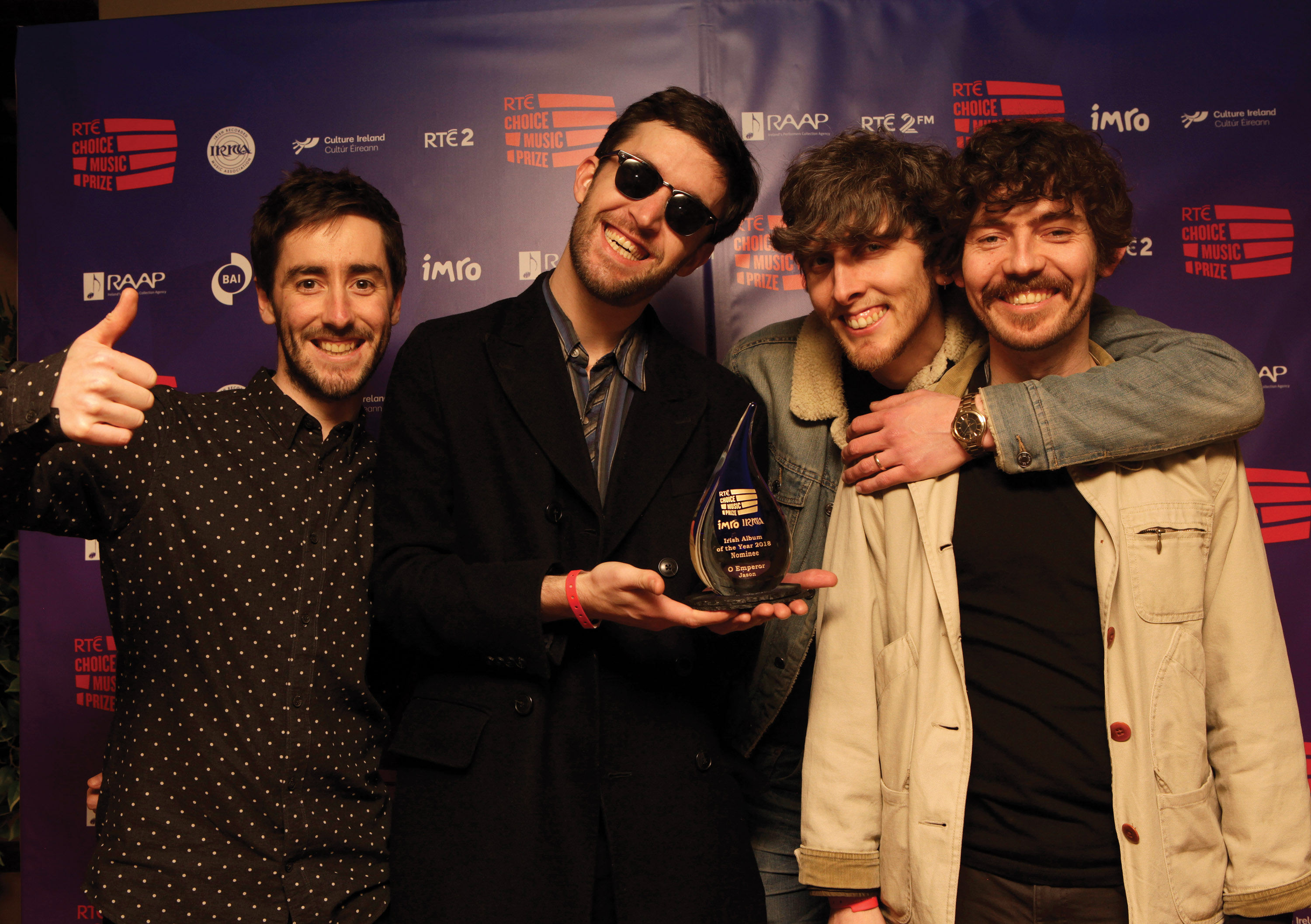 “O Emperor’s Jason probably won’t win. It is a weird and wonderful garage rock/ jazz record from a band that split up upon release, it’s hard to argue to the bitter end for such a curio.”

Well, we were wrong.

Every year, the Choice Music Prize finds a way to remind us that we can’t predict who can win.

And 2019 conforms to that idea. O Emperor’s Jason was the winner of the Choice Music Prize for Irish album of the year, winning out in a ballot vote that included albums from Saint Sister and Kojaque.

O Emperor received a cheque for €10,000, a prize which has been provided by the Irish Music Rights Organisation (IMRO) and the Irish Recorded Music Association (IRMA) – as well as a specially-commissioned award.

The winner of the RTÉ Choice Music Prize Irish Song of the Year was also announced and Picture This won the prize for their song “One Drink”. Decided by the public via the RTÉ and Choice Music Prize websites, fans were given the chance to get behind their favourite song.

The sold-out event in Vicar Street was hosted by RTÉ 2FM’s Eoghan McDermott and was broadcast live on the station on a specially-extended Louise McSharry show.

RTÉ2 will broadcast a one-hour TV highlights programme of the RTÉ Choice Music Prize featuring performances from the acts and interviews by Bláthnaid Treacy on Sunday March 17th at 11.15pm.