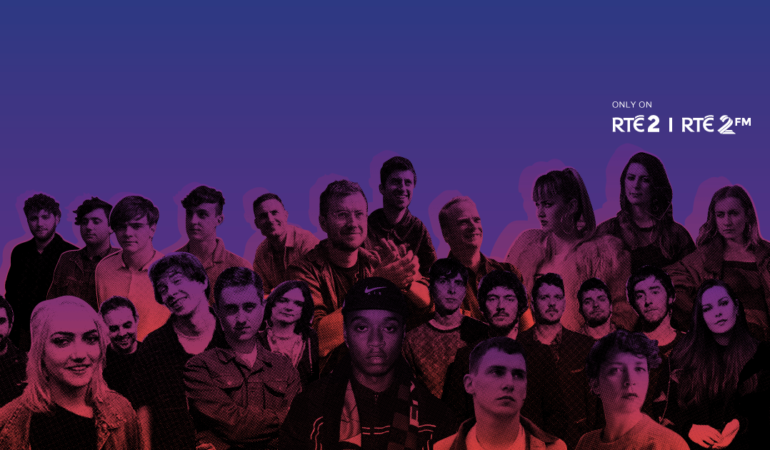 8 gigs & clubs to see in Limerick city this week

Award season isn’t quite over yet.

There’s still the, not so small, matter of RTÉ’s Choice Music Prize award. Taking place tonight in Vicar Street, the annual award is the highest accolade an Irish album can receive over here.

The night will see both album and song of the year being selected, though the song of the year is chosen by popular vote so not as clear cut a critical judgement. Smart money is on Picture This or Gavin James, or possibly Wild Youth?

The album of the year category is a tight race and represent genres from rap to folk to alt-rock to indie-pop to a singular jazzy psych oddity. The vast majority also featured in our favourite Irish albums of 2018 list.

We’re not going to be picking the name out of the hat tonight though. Our Cork man Mike is, of course, on the judging panel, but we haven’t asked him for a sneaky. There’s not much point in us giving you our personal favourites from the list, instead it worth’s assessing the albums in the context of the judging panel, current musical climate and critical reception since release.

Of the 10 judges on the panel, 4 come primarily from radio backgrounds. You might assume these judges would have a bias toward radio-friendly material, but 2FM’s Tara Stewart has been at the forefront of unsigned, underground music promotion in this country, Today FM’s Ed Smith has a wide-range of taste, 4FM’s Louise Cantillion also hosts Spin Hits and is a fan of new emerging music according to her Twitter shares while Cathy Moorehead is a producer on BBC NI Across The Line which is at the forefront of brand new music.

As the print and online journalists, the Daily Star’s Conor McCaffrey likes his dance and alternative music, and the Irish Mail On Sunday’s Danny McElhinney likes his punk and rock a la Fontaines DC, Mike McGrath Bryan is our Cork man who also writes for the Echo who likes all sorts but rock and rap would be in there, Zara Hedderman writes for The Thin Air and Totally Dublin and my impression of her taste would be indie-leaning. Dean Van Nguyen has written a book about Ghostface Killah but has an open policy music taste, while Stephen White runs our peer site The Last Mixed Tape and has laid his cards out on the table.

4 of the 10 judges are female and the remaining 6 are male.

The strong showing of less mainstream makeup of the overall judging panel, could mean that certain albums may win this year that wouldn’t have been argued for in awards past. Kojaque’s Deli Daydreams is a likely candidate to take home the victory. That the eligibility rules were relaxed to make his release qualify indicates the judges were interested in it being considered at least, and likely queried its inclusion.

By the same count, the radio-friendly Tales From The Backseat from The Academic won’t win, despite its charms. It’s hard to imagine some of these judges really sticking their necks out for it.

Saint Sister’s The Shape Of Silence is a brilliant album of folk and muted electronic atmosphere, it could well end up appealing to sensibilities across the board. Unfortunately, O Emperor’s Jason probably won’t. It is a weird and wonderful garage rock/ jazz record from a band that split up upon release, it’s hard to argue to the bitter end for such a curio.

Yet, there’s a strong wave of Irish identity in this batch of albums. The current sensibility leans toward music that loudly boasts an irishness, say Saint Sister’s lilting diction, O Emperor’s accented skits or Kojaque’s Dublin deli worker persona. Snow isn’t a resident here, nor does he lean on or draw from his nationality to inform his work to a large degree. With this is mind, I feel like Dear Annie probably won’t take home the prize.

Wyvern Lingo, Lisa O’Neill and Villagers are all in with a shout too. That Villagers won it before shouldn’t count against him as The Art Of Pretending To Swim is another great record from Conor O’Brien, but it likely will have some internal affect on the judges. Previous winners Delorentos are also in the same camp, it’s a fine record of its genre but having won it before for an arguably better album, it seems unlikely to get the nod this time around.

Dundalk shoegaze alt-rockers were a surprise entry on the list for such a quietly released album, but it showed the judges had their ears to the ground. With such an alternative-leaning judging panel, it wouldn’t be a huge huge shock if it was in the running.

O’Neill’s music has steeped further into trad and folk on her latest album and has an outside chance while Wyvern Lingo’s debut album offers much in terms of their take on conscious R&B indie music but their best is still to come.

So, bearing all the above in mind. We’d go with Kojaque as a favourite, but wouldn’t be surprised if Saint Sister snatched it either. We wish all the acts and the judges the very best of luck.

Billie Eilish live in Milan – an artist that keeps surpassing herself