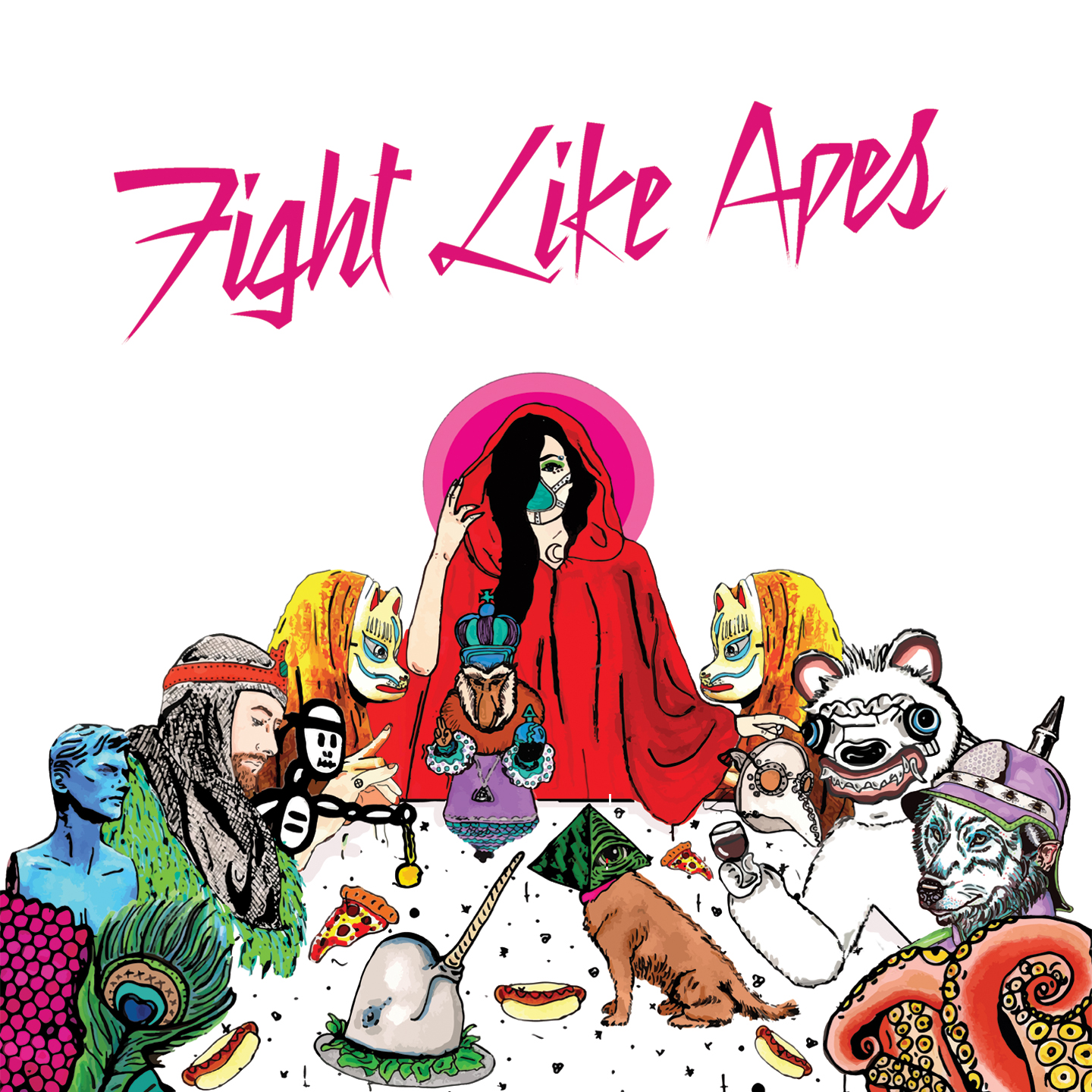 
The third album from Fight Like Apes was born out of a period of upheaval. The band went an entirely independent route away from a label that meant having to graft and learn everything that wasn’t just about the music but all the stuff that supports it.

A Fundit to raise €20K that helped out with the costs was easily achieved, because the Apes are the kind of band who two albums deep have established a fanbase and who have a clear identity in their music. You get playful singalong punk/pop without a regular guitar but with plenty of crunchy synthesizers and songs that invariably reference pop culture and an acerbic colloquial sensibility.

They are the kind of band who use the word like ‘gick’ in a sentence, as they do on super new album opener ‘I Am Not A Merryman’ and it just feels so right.

Previously released tracks ‘Crouching Bees’, ‘Carousel‘ and ‘Pretty Keen On Centerfolds’ are here and are welcome in their familiarity. Singer May Kay’s vocals are at their best melodically throughout on new songs ‘The Schillachi Sequence’ embedding the band’s video-game synth style with a warm emotional heft and the sardonic rippling melodies of ‘I Don’t Want To Mate With You’. Pockets’ pop culture referencing vocals shine on the bright and buffed ‘Pop Itch’ with its repeated line about Jabba The Hut.

The Apes’ self-titled third album might have arrived on the back of change but if anything, there’s a pleasing normalisation taking place in the songs. Maybe the album is self-titled because it feels like the sound of a band distilled to the core of their appeal. Listen to it now:

The band play a Matinée show on Saturday you can get into if you buy the album from HMV and they’ve a series of gigs in Charleville Castle called Escape To The Planet Of The Apes next week.