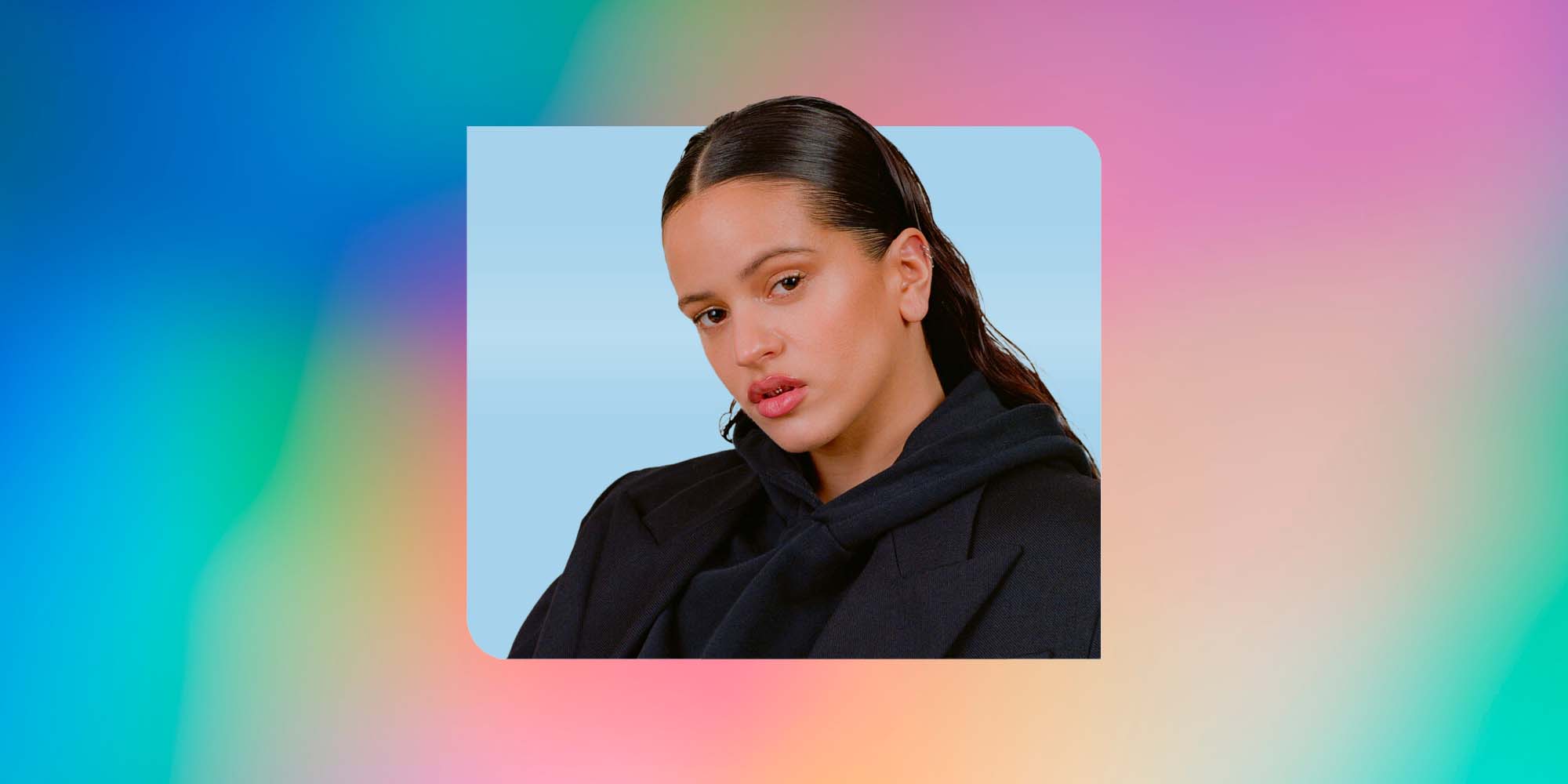 Rosalía’s third album Motomami has taken over my listening rotation. It’s a dynamic and rich record, full of twists and turns, genre flexes and a large vision. It’s hard to pick one track but i’m settling with the gorgeous vocal timbre of the Catalan singer at the forefront of ‘Candy’, a song which samples Burial’s ‘Archangel’.

Sam Shepherd return to the producer’s solo work after last year’s top of the list collaborative album Promises with Pharoah Sanders and the London Symphony Orchestra,.

‘Vocoder’ is typical of Sheperd’s penchant for creating memorable dance and electronic tracks with a minimal sonic palette, and is markedly a higher BPM than most of his usual work

The New Zealand songwriter brandishes a singular intensity on her music, and like Cate Le Bon’s most recent album Pompei, embodies liminal songwriting and moods. This is from new album Warm Chris, also recommended listening.

Automatic have form in releasing high-BPM dance-punk tracks like one of my 2020 favourites ‘Calling It’.

Side A of a new release from Kilkenny label Moot Tapes from their Signs of Life series is this beautiful track with billowing string synthesizers and faraway stabs from Irene Buckley. Like an echo of Enya. Neil Quigley’s track is also rather beautiful. It’s available on 7“.

Belgian-Caribbean Charlotte Adigéry producer Bolis Pupul’s debut album Topical Dancer came out a few weeks ago on Soulwax’s label Deewee. The record features the dancefloor side of electro-pop paired with songs about appropriation, vanity, racism, political correctness and a wry humour that means the album never loses sight of the fun. ‘Ich Mwen’ is a highlight.

Catch him at The Workman’s Club on May 20th and on tour with Silverbacks from this weekend.

French touch producers Alan Braxe and DJ Falcon have returned to fill the void of Daft Punk’s closure. The dance music royalty paiting have never worked together before and had me feeling all nostalgic with the release of ‘Creative Source’, an upbeat B-side that channels the vibe of the robots, and that samples  ’70s disco funk group Creative Source’s ‘I’d Find You Anywhere’.

It’s always nice to hear something new from EFÉ. The 21-year-old bedroom pop artist Anita Ikharo was last featured here in 2020, and is back with a team around her.

‘Kiwi’ is a bright and summery pop tune, all melodics and twinkling instrumentation, a lovely bop.

EFÉ says she resonated strongly with Rachel Chinouriri’s recent open letter about being wrongly stereotyped as an ‘RnB’ artist.

When I saw Rachel Chinouriri’s tweets, I was like ‘this has been my exact thoughts for so long!’. Getting labelled as just straight up RnB was definitely something I was quite shocked by as I feel like my music has strong elements of indie/alternative and bedroom pop. I even made jokes about how a black person could make full on metal music and it would still be called ‘alt-RnB’. I always questioned myself, that maybe I was just reading into it too much – so when Rachel put it into words, it was so nice and reassuring to know I wasn’t the only one who felt this way.”

A big single highlight from Charli XCX’s new album Crash. Like some others, it didn’t grab me at first, but it has grown into its chart bop vibe.

U Get High / I Get Nothing

Spider is the London-based Tallaght artist who first appeared here as Jenn back in 2019, before a names switch with the release of ‘Water Sign’ into more alternative bedroom pop, before releasing  ‘I’M FINE! I’M GOOD! I’M PERFECT!’, which was one of my favourite Irish songs of last year.

Today, Spider dropped the C.O.A. mixtape (Coming Of Age) which collects these songs from the 22-year-old along with two new tracks demonstrating the artist’s off-kilter pop style, a product of her unique circumstances.

As a Black Irish woman from a Nigerian Catholic family, Spider struggled to fit in with expectations and was disallowed from going to gigs by her family, which she ultimately rebelled against by moving to London at 18, after finding her own voice and community in online stan culture.

Buoyed by Lorde, Halsey and M.I.A., Spider resolves to produce her own music after what she says was “the racial pigeonholing of male producers who took one look at her and assumed she’d be there to make R&B.”

Of the title and EP, Spider says:

Activities like drinking and partying are tagged as ‘coming of age’ when white kids do it but demonised when kids of colour do it. We deserve the right to experience our youth and find ourselves. ‘C.O.A’ is what that felt like for me, and my hope is that other people of colour will listen to it, hear a situation they’ve been through, and maybe it’ll become their own coming of age moment.”

I’ve been gently discovering the music of Sarah Beth Tomberlin lately. Just gorgeous songwriting and songs that have seeped in slowly. ‘Tap’ like forthcoming album title track ‘Idkwntht’ (“I don’t know who needs to hear this’) reminds me of the brittle and swooning work of The Weather Station and Half Waif.

If you were to ask me who my favourite electronic producers were at the moment, the answer would be Overmono, the brothers adept at creating huge dancefloor tracks with seemingly little source material.

‘Gunk’ is a track from a forthcoming EP, Cash Romantic, out April 8th on XL, and is something like the Tom & Ed Russell version of hyperpop rave, with just a hint of Underworld.

We found this box of old tapes we’d recorded when we were kids where we’d basically try and mashup old records of our parents with whatever records we were buying at the time. Gerry Rafferty mixed with London acid techno, Dr. Hook mixed with old weirdo trance tracks, and that sort of thing. The tapes are a proper mess but there was always something about trying to get two totally different worlds to collide that stuck with us. After listening to some of these old tapes, we wrote this record and realised our heads are still pretty much in the same space as when we were kids”

Dublin artist Ciara Lindsey continues on the up and up with ‘New Year’, the follow up to 2021 song ‘Mr Nice Guy’, which was nominated for the Choice Music Prize song of the year.

The song is built on a bouncy synth line, and Lindsey said the song as the title suggests, was written on New Year’s Eve.

“At the time I had a real desire to celebrate the turn of the year by doing something creative. I had definitely been listening to a lot of Róisín Murphy around then and with the song I wanted to explore the idea of someone who is looking for meaning as the clock edges towards midnight and a new year is on the horizon.”

When I’m Not Awake

The Irish electronic artist Lullahush is back with the first song from a forthcoming album  A City Made of Water and Small Love. ‘When I’m Not Awake I’m Dreaming Of You’ is a song that build slowly and languidly in the background with chimes low-end percussion. It’s spatial and liminal in that way, and started life as a poem that Lullahush’s friend wrote detailing a dream he had about his partner after one of their first dates. It also sounds like the voice of AE MAK on backing vocals, though uncredited.

The accompanying video is made of photographs of his pals as he was living between Athens and Berlin.

“The visual aspect of this project is all about trying to capture real life. I wanted this video to be a bit dramatic, be everything at once, every single feeling, every thought, in a sort of ecstatic outpouring, but above all else, be real”.

Nilufer’s latest album Painless was one of the finest of the year so far. ‘The dealer’ is the opening track from the artist’s second album.

I’m still exploring Denzel Curry’s new album Melt My Eyez Seer Your Future but this opening track, with famed jazz pianist and producer Robert Glasper on board, is oh so sweet.

Confidence Man just released a new album, Tilt, of electro-boppy bangers at the moment like this, ‘Holiday’ and ‘It Feels Like A Different Thing’.