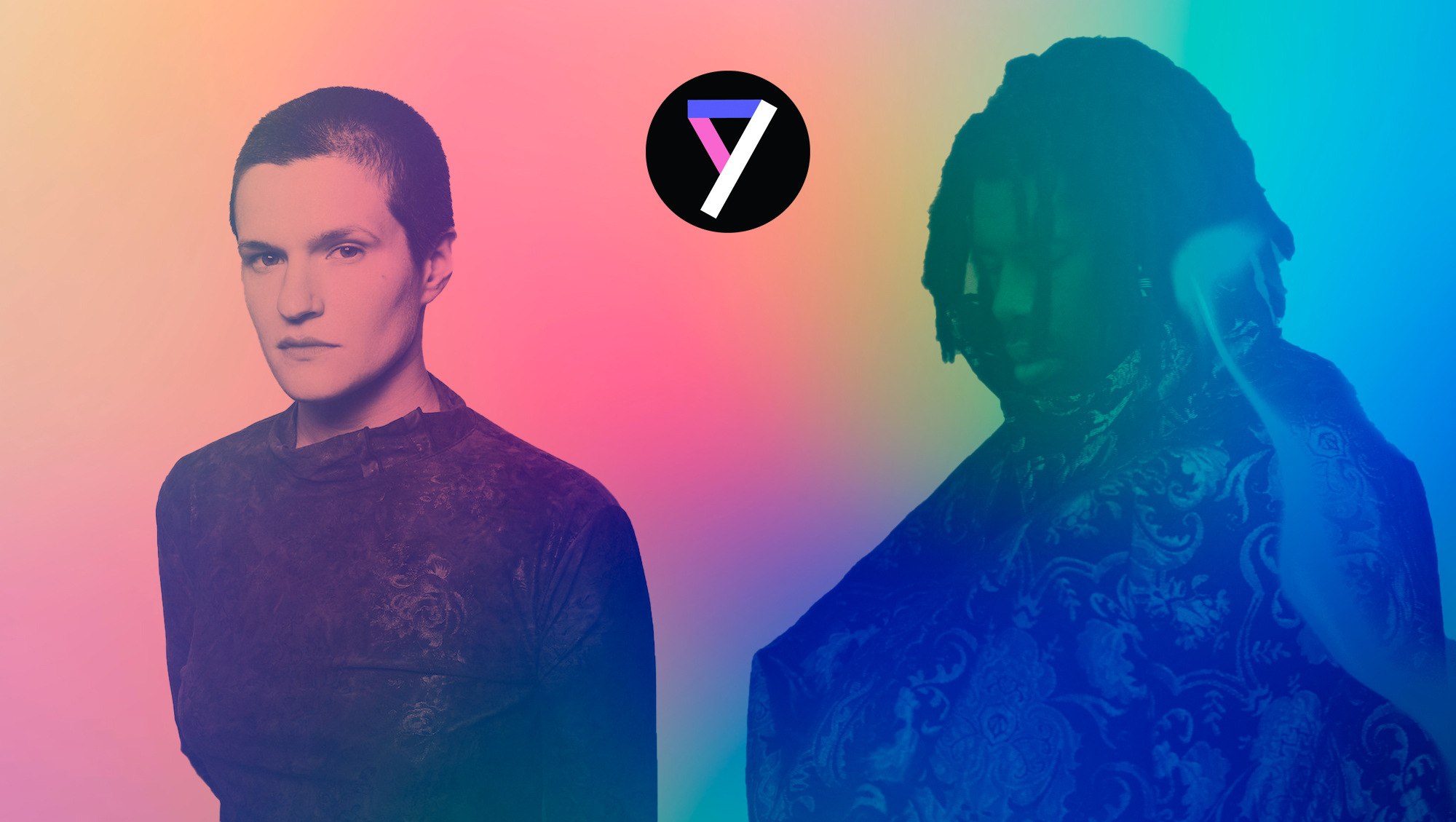 As a fan of Big Thief’s newest album U.F.O.F but largely apathetic about much of the rest of their music, their recent live gig at Vicar Street was a curio. Maybe it’s just Adrianne Lenker’s vibe but the band seemed uneasy on the night, with Lenker stopping songs and changing the setlist mid-gig. Maybe that’s par for the course but it gave the gig a strange atmosphere, as if Leniker in particular didn’t really want to play some of the newer songs. When it clicked, as it did on ‘Cattails’, a true highlight from the album, it transcended the night with a plucky dusty Americana folk song for the ages.

Auguste Arthur Bondy is Birmingham Alabama singer-songwriter and Enderness is his first album in eight years. It has a divinely oppressive feel to it, an album luxuriating in uncertainty. “Ooh la la / Swastika / Say Old Glory / Happy birthday
I seem my name / Spelled out in cocaine,” he sings. It’s dark but the music reels you in.

Yes, this song is indeed a lot, and it had 17 more stanzas in it before director and I Am Easy To Find coproducer Mike Mills cut it down. At near seven minutes as it is, it’s an ambitious song that finds The National indulging in new modes. Giving Matt Berninger’s trademark existential humanism the spotlight is not new but the restrained and meandering nature of the instrumental augmented with the Sufjan-esque choral codas make this completely new territory for a band with a strong reputation for jaded cynicism.

Anderson .Paak is as versatile as they come and on ‘More’ his collaboration on Flying Lotus’ Flamagra he rides both the intro beat and the track’s main rhythm with ease, whie Fly Lo’s trademark production keep things flowing alongside some memorable backing vocals.

The return of Super Extra Bonus Party has heralded a collection of music that feels like a natural bedfellow to their earlier more frantic work. Sorca McGrath of Ships provides the substantial vocals and hooks here (she is one of my favourite Irish vocalists) and ‘Some Dark Forces’ matches her with that galloping drum rhythm and production by Rian Trench that lifts the band’s guitar, synths and backing vocals. Evidence of the band’s known japery is kept to the video, as this song is sincere and anthemic as Bonus Party have often excelled at.

Northhampton MC Slowthai’s debut album establishes a new anti-establishment voice in UK rap and my favourite track from Nothing Great About Britain that was newly-released with it is ‘Dead Leaves’, a tautly-wound track that typifies Tyron Frampton’s appeal.

Why do people expect too much from a Mac Demarco record? He’s always just put out enjoyable songs and his new album Here Comes The Cowboy is a collection of solid jams that while might not be his best in total, feature tracks like ‘On The Square’, a song that sounds so simple that it feels like anyone could write it. But therein lies, Demarco’s skill. Few can make this kind of music feel so effortless.

Tyler’s IGOR album finds him bringing his more open personality back into a gritty rap production setting with all he’s learned about soulful instrumentation from Flower Boy . Jerrod Carmichael and Slowthai also help out on this album highlight.

Fittingly, this slice of oozy electronica is released on Pampa Records, as it sounds like the kind of thing label boss DJ Koze would concoct. Vocals by Sidsel Endresen and Bugge Wesseltoft.

Is Is Too Early?

Gemma Doherty and Morgan MacIntyre’s new song continues Saint Sister’s stretch into more textured arrangements that draw on folk and electronic sounds. The song has the melodic atmosphere of a lullaby which is quickly shattered by the building instruments that feel more claustrophobic than anything else – which is suitable as the song is about “social anxieties and homesickness.”

Bullet From A Gun

My first impressions of Skepta’s new album Ignorance Is Bliss is that it’s not a patch on Konnichiwa, lacking the beats and fire that Skepta thrives on when he’s at his best. ‘Bullet From A Gun’ is a bop from it though.

This bonkers track comes from the Japanese producer Kota Motomura from his new EP on the Edinburgh Hobbes label. Some of this EP sounds like lilting guitars down by a babbling brook, some of it Lone-style bleeptronica and then there’s ‘Yes’ a 10-minute odyssey that starts with a horn and pitter-patter rhythm before ascending into a wobbly afterlife.

This Montreal band have developed a cult following of late and recently sold out the Workman’s in Dublin city. ‘Norton Commander (All We Need)’ builds on the nuanced indie pop of the likes of Mr Twin Sister, with more interest in providing an overall soulful mood.

Cillian McDonnell and Stephen Shannon return with more skyscraping electronic textures for a song written for to commemorate the 20th anniversary of Cian O’Ciobhain’s An Taobh Tuathail RnaG radio show. What I love about ‘Triantáin’ is as it’s as bombastic as it is nuanced.

The Internet’s Steve Lacy went solo on Apollo XXI last week and it’s an impressive mixed bag of music that draws from funk, soul and pop suggesting that there’s potentially an Andre 3000 style reinvention in Lacy’s future. ‘Guide’ is a Prince-style funk jam from the album and you don’t need any more reason than that to love it.

Anyone looking for a dose of Death Grips-style aggression, could do worse this month than add this London collective’s track to their rotations. ‘Gauntlet’ is built on horror synths, deep rumbling bass and cathartic vocals.

Swedish psych band Dungen mix old-fashioned psych-rock, folk and jazz and it makes for a transportative track that flits above sun-kissed vistas in an evocative fashion. It’s from the Self Discovery For Social Survival film soundtrack.

The Irish band Silverbacks‘ new track ‘Pink Tide’ continues their original sound and evocatively arch lyrics as they head towards the release of their debut album.

The band’s two guitarists Kilian O’Kelly and Peadar Kearney clash against each other and add a grimy sound to the song. ‘Pink Stride’ is a live favourite from the band, and continues their penchant for noise-making art-rock music.

A land shrouded in pomp and pretense is depicted, where revolutions are futile and slowly are becoming a thing of the past. Vocalist Daniel O’Kelly’s tongue in cheek lyrics are at the centre of their appeal – “The uniforms are drenched in alcohol / It’s difficult to remove bloodstains from fur”.

My personal highlight from Sean Arthur’s recent Kobina EP in which he collaborated with singers on tracks based on lyrics he wrote himself. ‘Shogani’ features vocals from Berlin-based Obskur Mond and is world-building audio, bathed in ambience and nuance. The vocals are split, one voice organic and the other dosed in an autotune. Both parts play against one another, a mirroring of the outer persona we project and the inner one that we feel.

‘Shogani’ eludes exact genre, though inspirations aplenty sound throughout. There are definitive classical contemporary vibes in the slow-burning, evolving key and synth sounds – more interested in the collective feeling they build than the individual parts.

From a split with New Jackson on Fort Romeau’s Cin Cin label, ‘Disruption’ is a duality of glassy synths and melodies which punctuate the track’s heavy atmosphere.

DJ Seinfeld is shaking the lo-fi house tag that was impressed upon him by circumventing expectations and managing to release music that still stands out even as it bleeds into other genres of electronic music. And what would you call ‘Electrian’ anyway? It’s somewhere between euphoric house, ambient Aphex Twin or KLF and old-school rave.

The Dublin instrumental band Alarmist are back with a new album Sequesterer on July 19th and it’ll be their first release since late November 2015. Audiences are more versed in jazz sounds in recent years locally thanks to players working cross-genres and the popularity of bands like Badbadnotgood suggest that it’s a good time for this band to come back, and the evidence is in ‘Bronntanasaurus’, a track which swirls between low-end psychedelia, melancholic jazz and synth expressions that is in my estimation, among the band’s best work.

Berlin-based, Irish native songwriter Delush (also one half of Kilnamana) comes correct with this glossy neo-soul hook-filled track with a verse by Limerick MC Strange Boy.

Deep into the final stretch of Flamagra, the expansive new album from Flying Lotus, Stephen Ellison drops another reminder of how capable he is at making cosmic-lifted music. With Solange on vocals, ‘Land of Honey’ soars with strings, space and buzzes with celestial voices and sonic stardust.