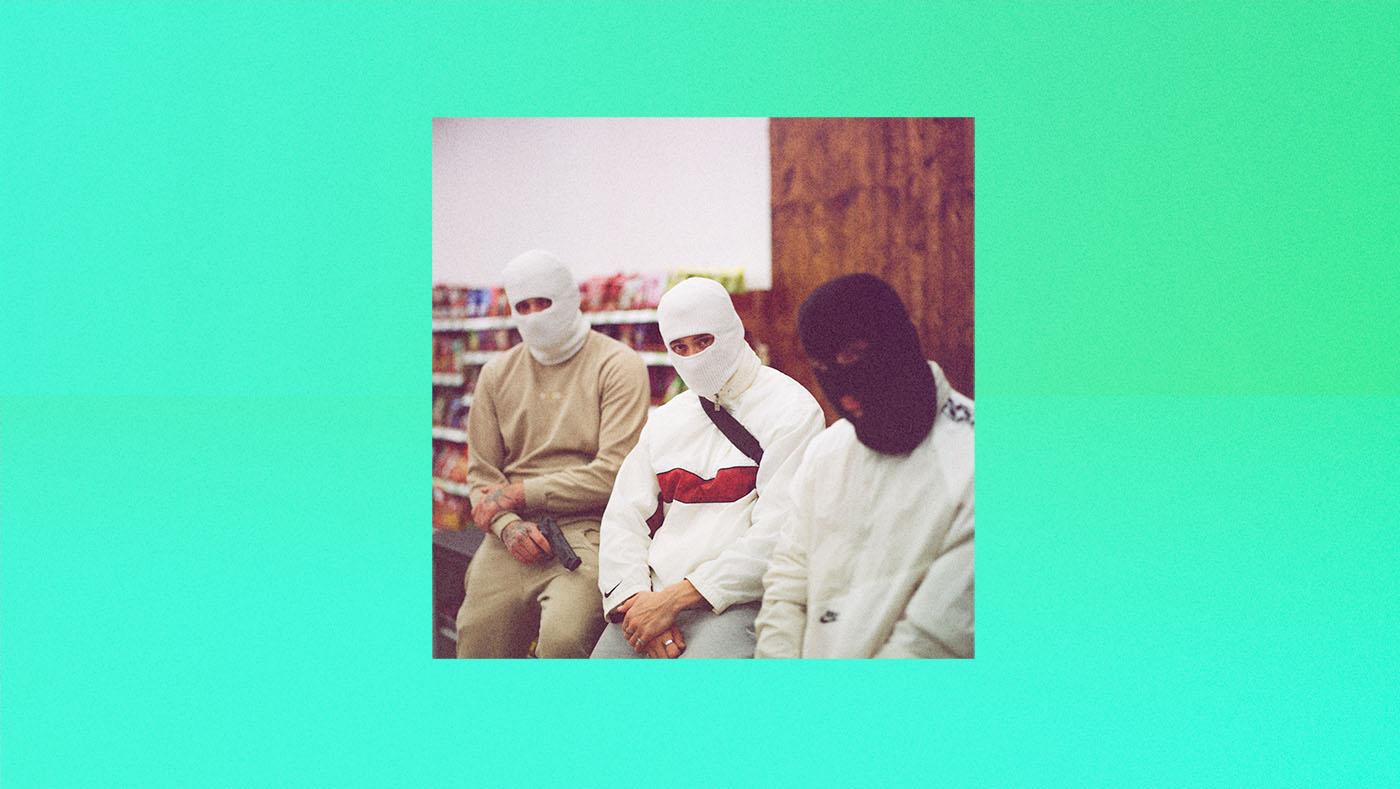 A lot music from Ireland and Northern Ireland comes Nialler9’s way and every week, we listen through it all and select the tracks from emerging artists and some established acts that deserve to be heard by you.

For more extensive Irish and new music coverage, follow our Spotify playlist or hit up the Irish section for individual track features.

There’s a pleasing looseness and a brightness to the sound of The Murder Capital’s songs from second album Gigi’s Recovery we’ve heard to date, whether its Britpop ‘Only Good Things’ , Radiohead-esque ‘A Thousand Lives’, and the rock-centric ‘Ethel’.

‘Return My Head’ is somewhere in between, with its fervent heart on sleeve, and a hint of electronics underpinning its softer sound.

I’m always here for a Super Furry Animals reference or inspiration and it’s all over the newest song from Meltybrains?

‘Ease That Mind’ draws on the vocodered psych weirdness of the Welsh band along with Yellow Magic Orchestra and The Zombies, it’s a song that the band say “a song borne out of separation. A bittersweet longing for a loved one or a certain comfort in sadness.”

“Built around a motif from Ryuichi Sakamoto’s 1978 song “Thousand Knives”, it was written and elaborated on over the course of seven years. The final arrangement is a collage of every different version with a maximalist approach to melody and colour. Despite its sad, pleading lyrical content, the song is a celebration of vulnerability and loneliness as telltale signs of love.

Meltybrains?’ new album You, due for release next week Wednesday 25th January.

See also: ‘Space Ghetto’, ‘Worth’, and  ‘Journey To/From The Meltyworld’

Dublin producer and visual artist Aksent comes through with this donking dance track with a visual written and directed by the artist too.

“A story of young man from Dublin who has become part of a group of sloppy gangsters, he’s slowly becoming a slave to his gang. Until one day he decides he wants to change; we follow our character for a full 24 hour time frame in the music video and discover the members of the gang are pretty unhinged to the point where he decides to betray the gang, taking a new path in life in London.”

Dreaming in Another Language

Belfast singer-songwriter Mark McCambridge is set to release a third Arborist record entitled An Endless Sequence of Dead Zeros, released on 21st April 2023 via Kirkinriola Records, which was produced by Matthew E White at his Spacebomb Studios in Richmond, Virginia, and draws influence from Bill Fay, Howe Gelb, Lee Hazelwood, Dylan’s Nashville Skyline, Wilco’s A Ghost Is Born and The Go-Betweens.

‘Dreaming in Another Language’ has a sloping rhythm, and an exploratory atmosphere with a tinge of that Spacebomb sound under McCambridge’s searching vocal.

The Corridor Of The Heart

When not making electronic music as Automatic Tasty, the Wicklow musician likes to pick up a guitar and explore the Americana fingerpicking blues style of the likes of John Fahey.

‘The Corridor Of The Heart’ is taken from his forthcoming second album A New Directive From The Bureau of Compulsory Entertainment out on All City in March.

lilaac are a London-based Irish duo who are both studying music in Goldsmiths University. The pair, Ali and Atiah have been best friends since they were 4 years old, and their song ‘Purity’ caught my ear with its iced groove, and fresh air melody.

Jacknife Lee’s Cling Clang Version of ‘The Age Of Cling’ has quite a shade of early Chemical Brothers’ bass and beats swing to it.

Aimée Rose is the Irish singer-songwriter and BIMM graduate who has released her debut song as Dollface. ‘Tired’ is a sweet Cocteau Twin-esque DIY shoegaze song.

As is often the case these days, the influence of Lucy Dacus, Soccer Mommy and Phoebe Bridgers is also felt here.

Conor Kelly aka Chósta will release his debut album Twilight Transmission on Friday February 17th, with a launch show put on by Foggy Notions at Workman’s Cellar in Dublin the same night.

‘Sin É’ is an evocative late-night wander of a song, and it closes the record, which also features the likes of Jape and Fears on vocals.

“This always felt like the natural endpoint/conclusion to the record. I found this beautiful marimba loop digging on YouTube somewhere and I kinda just layered effects over it and manipulated the sample. It very much reminded me of something Four Tet might build a track from. I then played a counter-melody on the keyboard and added a few other bits.

The vocal sample at the start is from a 1930s feature focussing on the Barker brothers, who were the first pirate radio broadcasters. In the documentary, the brothers cheerily explain why they only had the usual BBC radio programming and that they didn’t really appreciate those, hence why they experimented by building their own radio transmitters. This resonated with what I was experiencing when listening to radio during those repeated lockdowns and bookends the concept of the album nicely.”

A change of sound here from Joseph Chester (Joe Chester) from an album Lucia, written around key milestones in the life of James Joyce’s daughter Lucia Joyce, who was afflicted with mental illness all her life.

‘The Little Match Girl’ is a Philip Glass-inspired classical guitar and strings instrumental, that was inspired by an event in 1928 when Jucia won a small part as a toy soldier in French silent cinema master Jean Renoir’s La Petite Marchande d’Allumettes (The Little Match Girl).

“‘Lucia was born in 1907 and spent 47 years of her life in mental institutions. She was diagnosed with schizophrenia in 1932 and died in Northampton in 1982. After she died, her nephew, Stephen Joyce, destroyed all her writing and papers, including all her correspondence with Samuel Beckett and three books she had written. He attempted to erase this woman, who had been hidden away and silenced in life. I became convinced that I had to try to tell her story.’

‘The Little Match Girl is probably the sweetest, most harmonious piece in the whole suite,’ Joe says. ‘Lucia was 21 years old and had just got a job working for one of silent cinema’s greatest artists, the director of La Grande Illusion and La Règle du Jeu. This must surely have been the happiest of times for Lucia, full of the potential and optimism of youth. Life must have seemed full of possibilities and yet only four years later she would be sectioned for the first time.’

Until recently Joe was one half of the critically acclaimed band The Hedge Schools, has been lead guitarist of The Waterboys, toured extensively with Gemma Hayes and accompanied Sinead O’Connor.

Joseph will be launching ‘Lucia’ with a solo guitar recital ‘Fragments of Lucia’ in Smock Alley on Friday January 27th.

There We Are John

Spiky punk rock with a melodic razor’s edge, from Belfast band New Pagans, from their upcoming second album Making Circles of Our Own, out February 17th via Big Scary Monsters.

“Derek Jarman was a visionary avant-garde artist & filmmaker, with a career spanning four decades and multiple genres. An important figure in the history of gay culture, he’s been described as the Queer Pagan Punk.”

“I first encountered the work of Derek Jarman through his coastal garden, Prospect Cottage in Dungeness. When we wrote this song, we had just lost our home and had moved in with my parents (as a result of restrictions around the creative industry during Covid) and my dream of owning a garden seemed further away than ever. Somehow, studying Jarman’s Prospect Cottage garden brought me great serenity and hope. In a place considered so desolate, Jarman created a beautiful, fruitful landscape. This song is about hope.”

For this and more Irish songs, follow the Nialler9 New Irish Spotify playlist.