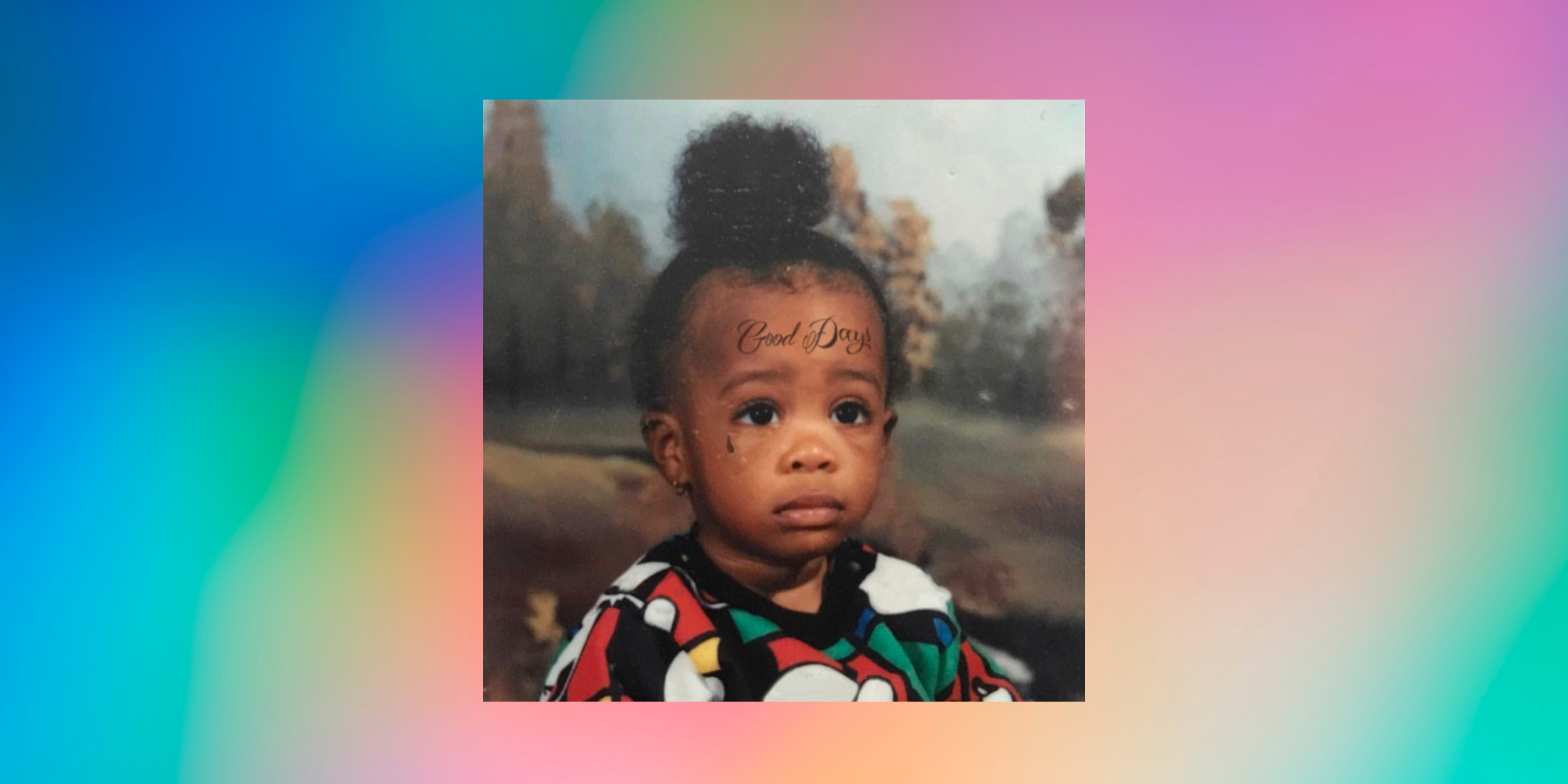 There was hardly a voice more soothing and suited to a month in suspended animation than SZA’s. ‘Good Days’ was a month long comfort.

Released alongside an older collection of unreleased material on Christmas Day, Parallel is an album of music that follows on from last year’s Sixteen Oceans in that it is a mix of ambient and dancefloor productions with his trademark bells and whistles. ‘Parallel 2’ is my personal highlight.

Soulwax just don’t put a foot wrong when it comes to remixes and their latest rework of the Dubliner’s Fontaines D.C.’s A Hero’s Death pairs the Belgian brothers penchant for glittering disco-punk-funk rhythms which casts Grian Chatten’s main vocals in a new light, in the style of Ian Dury and the Blockheads.

I’m yet to find out the vocal sample of this track from the Four Tet-arranged Madlib album Sound Ancestors that repeats “Rising to the call / I give my life and all” to a psychedelic beat with pleasing motorik trippy low-end rhythm.

While twigs asks for understanding in her vocals, for most of the song she cedes to Headie One’s raps, which see him wondering how the beefs his crew OFB started, tying it to Colonial America speech about pitting black people against each other and draws a connection between Mark Duggan, who was shot by police in North London to George Floyd with the line “Officer, am I allowed to breathe here?”.

The Baltimore-LA arist serpentwithfeet will release a new album DEACON on Secretly Canadian on March 26th.

‘Fellowship’, the album’s lead single is a gentle ode to close friendship created with Sampha and Lil Silva. “I’m so thankful for my friends, my friends / I’m thankful for the love I share with my friends,” is at the centre of the song’s simple and direct message.

Nicolas Jaar and Dave Harrington are back with a new Darkside record this year and ‘Liberty Bell’ has me excited for it.

Anna B Savage’s ‘Baby Grand’ encapsulates the London-born artist’s craft with a true from her life story about an uncertain relationship that pulls you into its intimate vignette.

The song is about her ex-boyfriend and filmmaker Jem Talbot who codirected the short film with Anna accompanying the song which retells some of the story of their relationship.

It’s from A Common Turn out now on City Slang.

Only Love Only Light

It won’t be long now until we hear the second album from Wyvern Lingo. Awake You Lie is set to be released on Friday 26th February and this latest advance single is a beaut with the trio leaning into hypnotic and twinkling melodies and crashing drums.

The best track on Go Bravely got a Jafaris verse last month and this week, an excellent video with Chaila sporting chainmail and looking like a boss with her Narolane crew and collaborator only affirmed her status as one of the best things to happen to music in 2020.

Orla Gartland’s ‘More Like You’ inspired by jealousy felt for the relationship a best friend had with another. The songwriter addresses feelings of inadequacy and insecurity in a friend relationship, wishing to swap places with the other person who seemed perfect in every way. The idealised version of the person lead to the song’s beginnings.

Berlin-based Australian producer Samantha Poulter got my attention with the brilliant ‘Perfume’ last year and an EP collating her work in the last while is out on Friday called You’ve Got The Whole Night To Go on her own label. The whole EP is worth your time but I’m really loving the big breaks and muted piano of ‘I Won’t Forget’ this month particularly.

The Japanese foursome CHAI announced their third album Wink will be out on Sub Pop in May and I really like the contrast happening on ‘Action’ compared to their previous material. It’s electro-spun track was inspired by the Black Lives Matter movement last summer.

Cork producer Ian Ring is continuing his fine run of electronic solo singles as Boku into 2021 with ‘Fortune’ , from a new EP out now on Feel Good Lost. The track has an epic yearning quality to it, an escapist aural journey when we need it most.

Last September, the artist who is known only as Godford released Non Binary Place, an album of ” rave and romance” electronic music. While the identity of the anonymous producer isn’t known (Forbes says they are a “massive dance music producer” who “shed the commercialised identity”), the suggestion is Godford is a French producer.

It’s probably not a member of Daft Punk as a Reddit user suggests. Could it be one of Justice or just an unknown who cites fairly topline influences like “Underworld, Phoenix, Frank Ocean and Caribou”? Some sleuthing though and you get the name Michael Henri Valery Mougeot who, as per these track credits is French producer Michael Calfan.

And while ‘Better Place’ may as well be a ‘Can’t Do Without You’ cover, the tune that stands out to me the most is ‘Fear’ a track which has the anthemic quality of The Blaze (also French wha?) with Jamie xx-style breakbeats.

Jazmine Sullivan is a name I’m more familiar with seeing on tracks from Kindness, Anderson .Paak, Robert Glasper and Goldlink than her own work but her fourth solo album Heaux Tales came out in early January and has been receiving good notices. .Paak and H.E.R. feature on it and ‘Put It Down’ is the track that stands out to me at the moment.

I am liking this recent trend of UK bands like Squid and Dry Cleaning leaning into post-punk and spoken word weirdness. This is over eight minutes of that with guest vocalist Martha Skye Murphy playing the role of the unreliable narrator.

Bright Green Field was produced by Dan Carey is out on Warp on May 5th.

After 10 years releasing singles and EPs, many of which are featured here, 2021 is the year that the Irish electronic artist Elaine Mai will release a debut album.

A step up into a full-length can often be a catalyst for encapsulating the artist’s vision more completely than once-off releases.

Today, Nialler9 is premiering the album’s first single, ‘No Forever’ , a song featuring the vocals of MayKay, formerly with Fight Like Apes and Le Galaxie, is also a step up – taking Elaine Mai’s production abilities in creating shimmering anthemic electronic productions and adding Maykay’s emotional resonance to proceedings. It has the DNA of a great ’90s club track at its core.

The creator of one of my favourite rap albums from last year with Purple Moonlight Pages, the Chicago rapper R.A.P. Ferreira released a full-length record called bob’s son: R​.​A​.​P. Ferreira in the garden level cafe of the scallops hotel. This is my highlight.

Bicep’s second album Isles lacks from retreating into too much safety in terms of sonics but the pair are still masters of their craft, as heard on ‘Cazenove’.

Building on last year’s buzz however limited due to a year of no gigs, Black Country New Road will release their debut record For The First Time on Ninja Tune on February 5th.

‘Track X’ isn’t really a single per se, more a teaser of what the record may offer, and it shows a sweeter, softer sonic side when compared to the post-punk of ‘Sunglasses’ or ‘Science Fair’.

Another release lost in the December rush, the Drogheda rap/drill collective A92 really set out their stall with the 92 Degrees mixtape, and throughout each member shines as they pass the mic. ‘A92 Freestyle’ is a fine posse cut from the release, with a beat that recalls wonky dub and garage rhythms.

See Dean Van Nguyen’s piece for the Dublin Inquirer on the release.

There’s no particular reason why a remix of a six year-old tune from one half of The Knife has arrived today but it’s a doozy.

The long-touted collaboration between two of the coolest rising artists in recent years, Billie and Rosalia’s ‘Lo Vas Al Olvidar’ featured on the newest episode of the HBO show Euphoria.

The track isn’t a marquee melding of the two artists, and with Billie singing in Spanish, it leans more in Rosalia’s favour overall. The song was produced by Finneas and the video directed by Nabil. In the end, it’s more of a nice curiosity.

Ahead of the release of Xompulse, the Dublin producer’s debut album on February 19th, Sal Dulu comes through with a beat production that sounds like he’s captured soul music in a rotating prism.

13 new songs from Irish artists you should hear this week