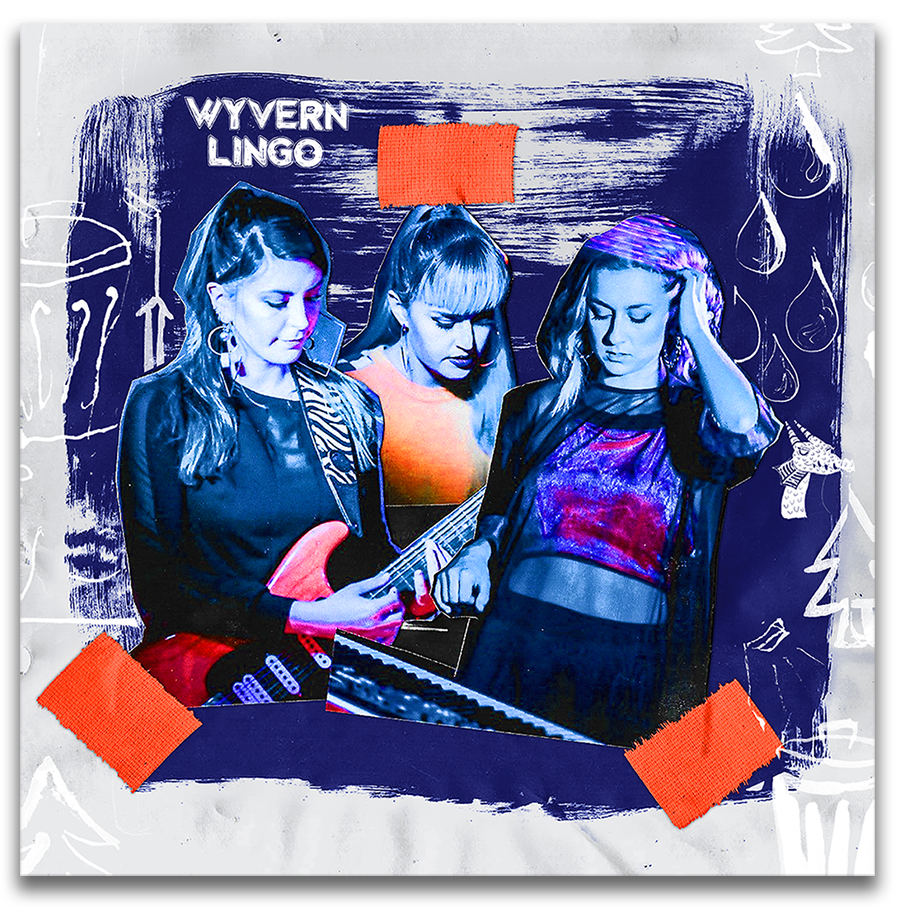 Wyvern Lingo’s self-titled debut album arrived on Rubyworks with much fanfare based on hard work, a regular gigging schedule and crucially, great preview songs. If lead single ‘I Love You Sadie’ is a starting point, then the group spend the rest of the album fleshing out and expanding upon that polished R’n’B sound with harmonious intent and a keen eye to real-world events. Even a precursory listen makes it obvious that the group have a sound which will lend its self to a mass appeal in the future. Released in February, Wyvern Lingo has absolutely held up as one of the country’s strongest releases this year. However, returning nearly nine months after hearing it for the first time and well past the hype which surrounded its release makes a couple of its filler tracks apparent. This is nothing new for a debut release, just the signs of a band still perfecting their sound. There’s no doubt Wyvern Lingo are among Ireland’s finest musical talents.

The Art Of Pretending To Swim 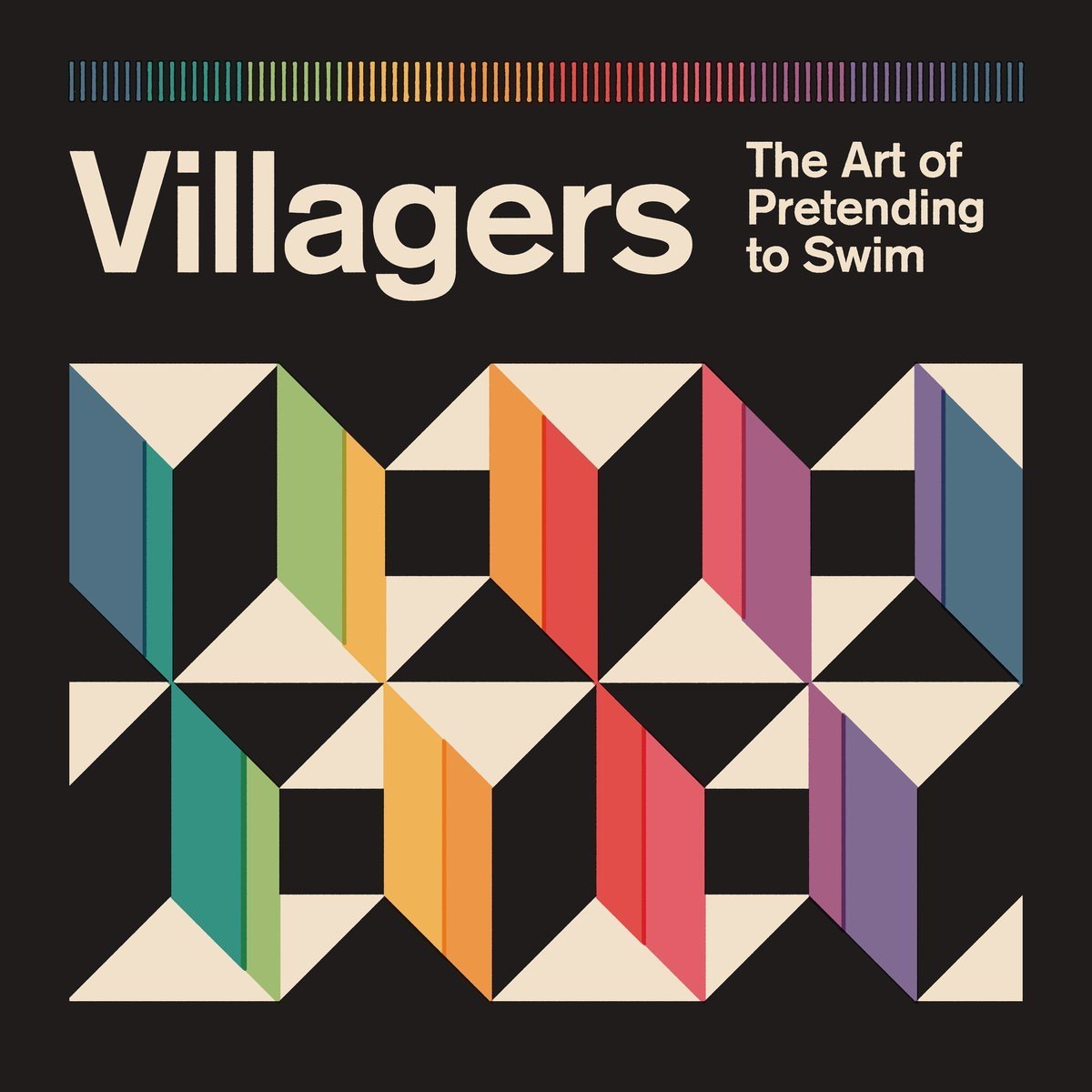 Conor O’Brien’s fourth Villagers album further confirms the supreme talent of the man. Where his lyrical prowess and ear for a tune has always been present, The Art Of Pretending To Swim adds to the Dubliner’s credentials by being largely written, recorded and produced by him too. As such, it’s affirmation of the songwriter’s talent while providing evidence of a leap in sonic progress that builds on a foundation of acoustic folk. O’Brien has been an artist willing to share his innermost thoughts and, yet, The Art Of Pretending To Swim feels like a new chapter in the Villagers story. O’Brien isn’t afraid to tackle the existentialism that comes with modernity whether it’s writing insightfully about creative renewal, technology, historical figures or personal confessions. The results are so moving, and so relatable, is a testament to his artistic vision. 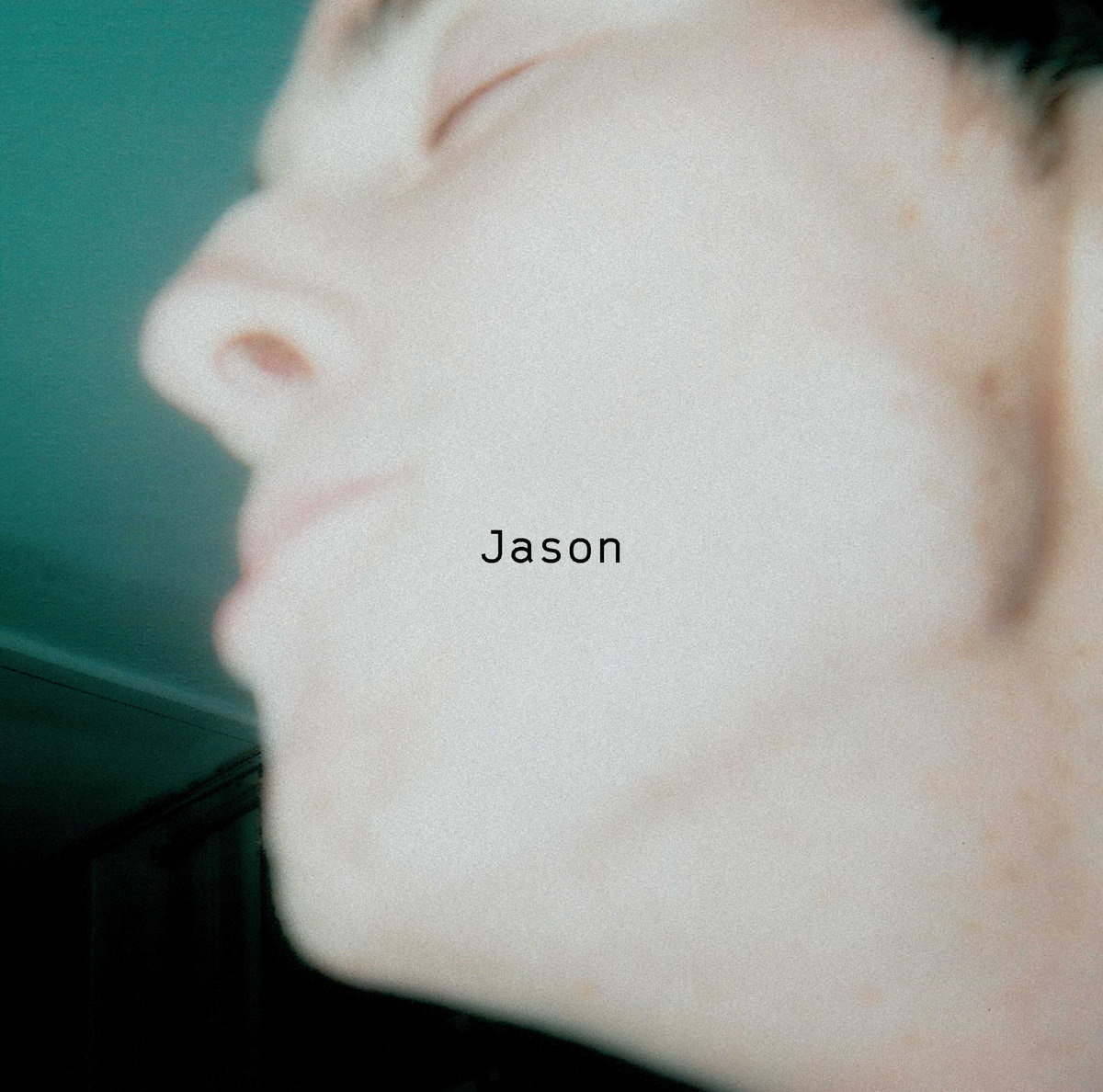 Waterford natives O Emperor left us with a hell of a parting gift in Jason. The group’s final LP is a near total 180 on their previous material. Gone is the indie rock idiom and in its place is a sort of jazzy psychedelia. Jason was recorded in three sessions, polished is something it is absolutely not. However, its rough around the edges aesthetic lends itself well to the frantic and self-aware songs on the album. Whether it’s the sardonic ‘Japan’ or plain bizarre ‘You Can Clean That Up’, Jason is a rock record that subverts cliches. Doing everything and anything to keep its listeners on their collective toes. There is humour, a streak of experimentalism and it is an album that feels unburdened by expectation. It’s a farewell from the band completely on their own terms and that may be its bittersweet superpower. 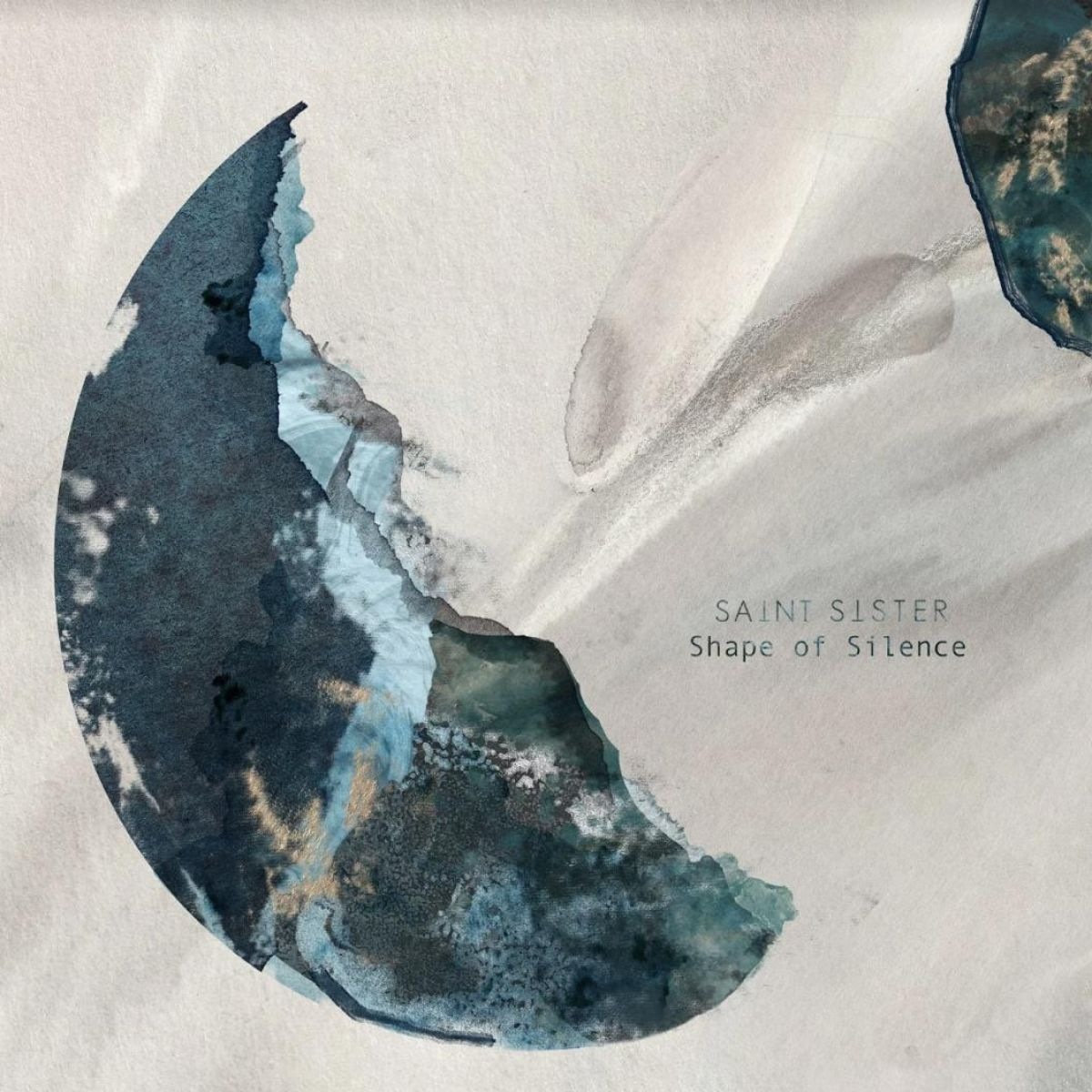 Morgan MacIntyre and Gemma Doherty from Derry and Belfast met in 2014 at Trinity College in Dublin where they quickly became friends and hit upon a unique sound of harp, synths and harmony – a sound dubbed “atmosfolk” that they built on for their 2018 debut album. Indeed, among the group’s best assets is their ability to create an atmosphere in their instrumentals. Saint Sister captures ethereal beauty, chemistry and harmony – their sense of melodic shape and craft in wordplay have a transportive effect. As the album develops so too does the template, with a growth of arrangements into more daring sonic exploration. Saint Sister’s songs are subtle and effective – gentle and devastating – there is power when they sing “all my friends are in Berlin now,” on ‘Twin Peaks’ but it is but one moment of many that demonstrate the alchemy of their musicmaking. 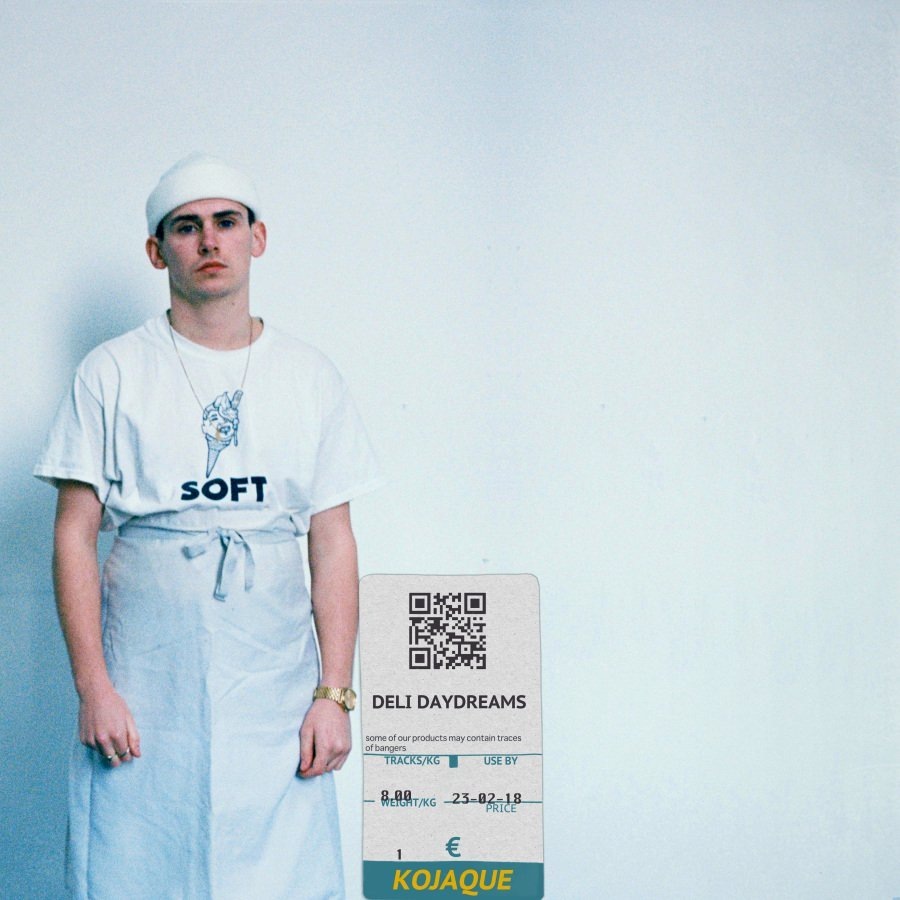 Our winner for sure. Softboy co-head Kojaque’s Deli Daydreams has been turning heads all year. The artist’s debut long-form release does suffer from a little too much brevity at only seven songs in total, but uses every second of its runtime to showcase one of the most unique and intuitive artistic voices this country has spawned in recent memory. Whether it’s heartbreak and dejection on ‘Bubby’s Cream’ and ‘Eviction Notice’ or the more overtly political ‘White Noise’ and ‘Polticksis’, Deli Daydreams is always a compelling narrative. That such disparate themes and issues can be interwoven under one banner so effectively is a testament to Kojaque’s storytelling prowess. That he and his labelmates can say it’s Softboy season and not receive a single scoff or eye roll is testament to just how much they’ve caught the eyes and ears of the Irish public.