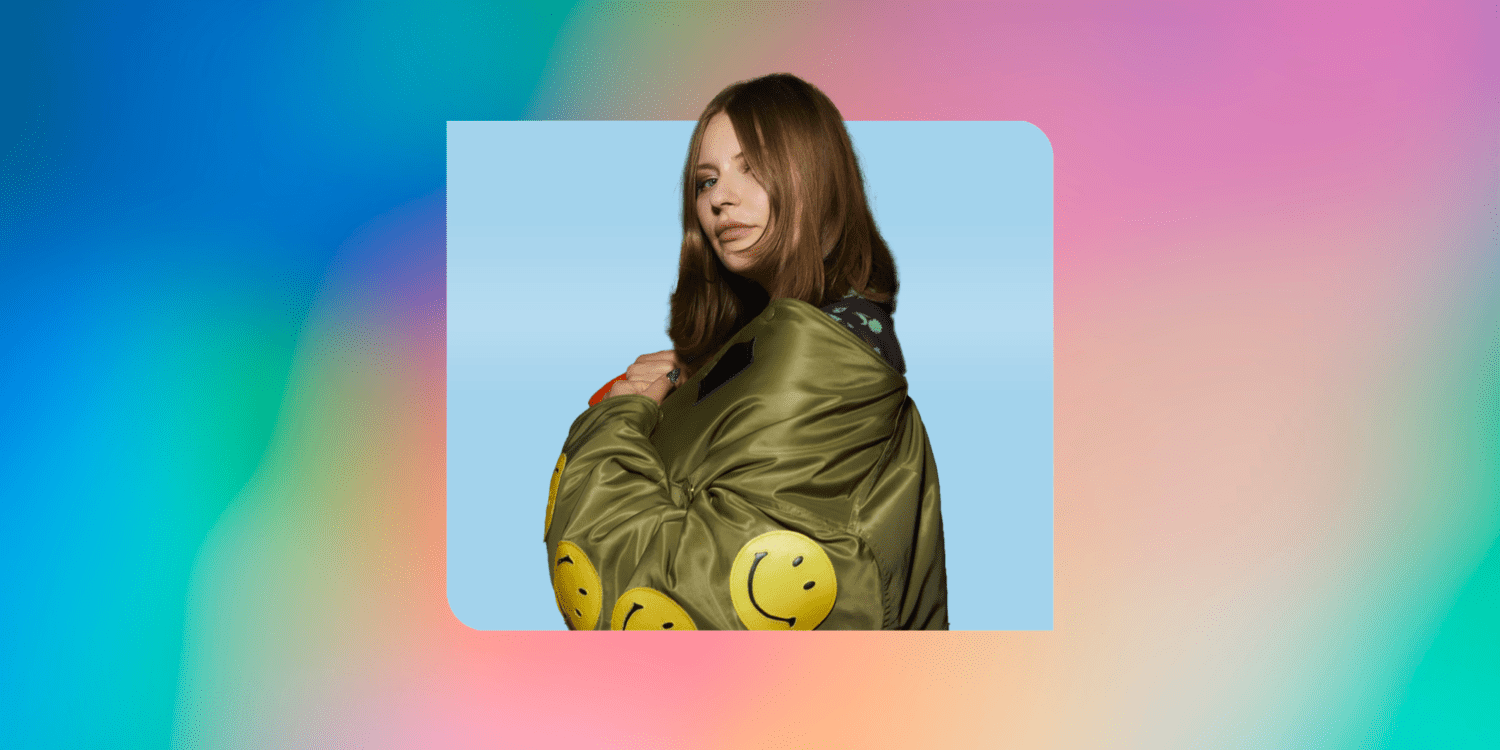 I already gushed a bit this week about Dragon New Warm Mountain I Believe In You and Big Thief in general, so here’s a fresh performance of my current favourite song on the album from Colbert.

Bandleader Chris W Ryan has since made a name for himself with production credits on Irish records from NewDad and Junk Drawer along with his Sorbet project.

Robocobra are set to release their third album on London-based label First Taste Records later this year, and released two tracks today to mark the announce.

‘Heaven’ and ‘Night’ are ideal examples of the band’s improvised experimental jazz post-punk-rock, made without regular rock guitars.

‘Heaven’ might be the band’s most singular and shining example of what they do, with Ryan’s stream of conscious-style vocals set to his own fine drumming and the band’s brass and flute melodies. It’s a song that has a true driving force that builds with rhythmic intensity.

A highlight track from one of my favourite albums of February.

Yen is the seven-track long player from Graham Cooney aka Yenkee which was released on Friday and I’m really enjoying this track with the killer chorus and the surprising reggae vibes.

Arpeggios and Kraftwerk vibes from new Kompakt signing Perel. ‘Real’ leans on the synth-electronic-disco end of dance music. It should be heard on a soundsystem. Bandcamp.

No Country For Young Men

Kerry alt-folk artist Junior Brother’s recent single ‘No Country For Young Men’ is yet another song from an Irish artist reacting to living in Dublin, the high cost of living, hostile housing situations and a lack of opportunities for young people in particular.

“Can’t tell the goons from the guards,” is the chorus, recalling the evictions at North Frederick Street, in Dublin where hired security thugs and the Gardaí appear to be working together to evict tenants, with Ronan Kealy following that train of thought into the toxic masculinity at the root of Irish society.

I loved ‘Tears In Costa’, the first single from Belfast band Junk Drawer’s forthcoming EP, and ‘Railroad King’ makes it two-for-two with a gleaming art-rock song with bright guitars spiking off the grid of the song.

“I’d written the lyrics to this song before I’d realised I was on the autistic spectrum, but the lyrics made total sense once the realisation hit. It’s about not wanting to be away from the public world, adventuring happily with my imagination; walking by myself and making up songs etc. It also references the autistic feeling of feeling like my body is just a vessel that I want to ‘zip off’ to be my true self.

The Dust Has Come To Stay EP is out on March 11th on Art for Blind.

Can we have a moment (or 4 minutes and 22 seconds) for this vista that opens up former O Emperor-er Paul Savage’s new Whozyerman? album Blink, which is also one of my recommended albums of the month.

Just To Be A Part

One of our favs, Julia Jacklin is next to be asked from the Dead Oceans label, to cover a track from the ’70s English singer-songwriter Bill Fay, which the label released last month called Still Some Light, which I recommended on the pod.

Welcome back, King Push. This beat was made in 2004 and the track features on the upcoming It’s Not Dry Yet album.

Producer Gaptoof and rapper illiterate have a collaborative EP coming out on February 25th called Journal 01 after meeting to work together in 2021 in North London.

‘Door Wide Open’ is a dark late-night track with insecure premises on the mind.

This track from the drum & bass pop duo from Manchester came out last year but it’s too much craic to leave off this list as a new discovery. See also PinkPantheress for this kind new nostalgic vibe.

Nilüfer Yanya’s second record Painless is out this week and ‘AnotherLife’ is the most palatable and mainstream-friendly track of the three we’ve heard so far including ‘Stabilise’ and ‘Midnight Sun’.

“At the core of the song it’s just about being OK with things and accepting that this is where you are at. However, the ‘I’ll do anything’ line hints at a desperation of wanting to let that be known.

You should really be paying attention to Ugolino, the Dublin duo of lyricist/vocalist, Shane Richardson and composer/producer Oran Hurley, and their singular brand of alternative jazz-rap.

Their debut single ‘Early Hours’ was a 2021 favourite, landing a spot on the Nialler9 Top Irish songs of 2021, after a best of May spot.

For the follow-on track, ‘Three Stripes’, Ugolino step more fully into a fully-arranged live jazz sound from Hurley with spoken words by Richardson, and a lush cinematic Hollywood Boulevard-style string arrangement, “a dramatic jazz sonata,” in their words. You can hear a Denis Scully on tenor sax, and Fiachra Kinder on drums.

It’s yet another song from a young Irish person grappling with a country that doesn’t seem to want them to stay. The three stripes in question, are the tricolour of the flag.

We premiered the song.

Dundalk five-piece rock band Just Mustard announced their second album Heart Under is to be released on May 27th on Partisan Records, and teased new song ‘Still’, a song that encapsulates the band’s foreboding industry rock sound pretty well.

We did a podcast episode last year talking about Amapiano, the house music from the African continent that has been taking over. It’s the genre of house music that brings in jazzy synths, organs, air pads, bass hits, Zulu vocals and percussion on long danceable tracks.

Teno Afrika is a 22-year-old now Soweto-based Amapiano producer and DJ and as exemplified by ‘AK Love’, his take is quite minimal and fits in to a lot of percussive modern experimental dance music

Awesome Tapes From Africa recently  released his new album Where You Are.

One of a few fine remixes from the Nightmares On Wax’s remix Remixed! To Freedom​.​.​. EP on Warp. The other are the Osunlade’s Yoruba mixes. Paul Woolford also reworks one.

As discussed previously, a relative-obscure album from a great 2018 Norwegian act got a 2022 remix album and this Domenique Dumont remix reminds me of the hallucinogenic version of Ain’t Nobody by Chaka Khan.

The album is out now on Bandcamp.

Blue Is the Eye

Folk brothers Diarmuid and Brían Mac Gloinn are back with a new song from their forthcoming album Nine Waves on Rough Trade’s River Lea label. The band’s second album gets released on May 13th and ‘Blue Is The Eye’ is a comforting and sumptuous song that features instrumentaton from Kate Ellis (cello), Caimin Gilmore (double bass), Ryan Hargadon (piano and saxophone).

“This song started as a poem I wrote for an old friend on Arranmore who passed away in late 2020. He used to bring me out fishing as a kid, and later when I got into singing we bonded over songs even more. When he was younger he knew Róise Rua, a well-known singer from the island. He often told me of when he used to visit her, and how she would give him a coal from the fire to light his way home at night. In his last few years he would sit and watch boats come and go across the bay all day.  We’d always be happily aware of his eyes on us when we’d be out on the sea. The week he died, his son Jerry took myself and Diarmuid out fishing, and we half-wondered if he was watching still. A minke whale breeched next to our boat that afternoon.”

Nine Waves was recorded in the Dublin Mountains at Hellfire Studios with Lankum and Black Midi producer John ‘Spud’ Murphy.