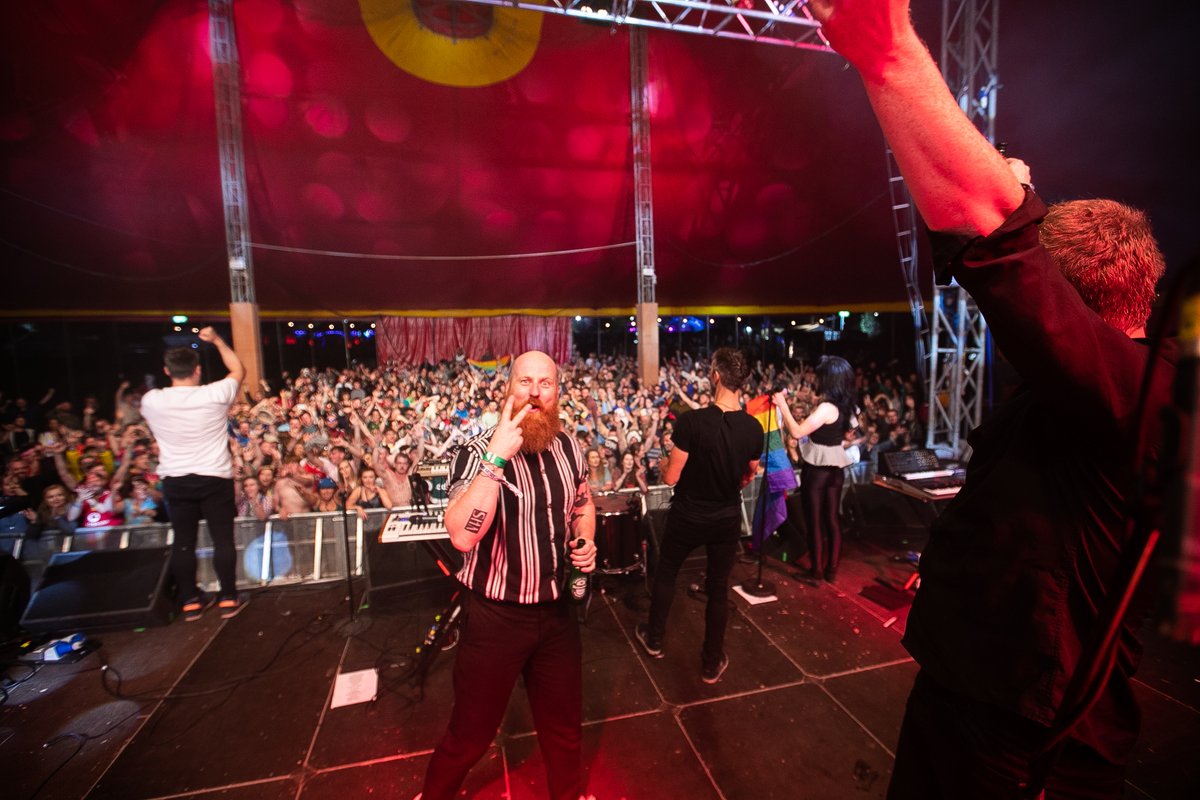 “Hello friends, it's time to say goodbye. We've completed LE GALAXIE. It's been a true pleasure to spend the last decade with you all,” read the Instagram post.

Le Galaxie had its origins as a band called The 66 Electric / 66E who formed in 2002 who later morphed with lineup changes into Le Galaxie around 2007.

As a four-piece, David McGloughlin, Anthony Hyland, Michael Pope and Alastair Higgins released their first album Laserdisc Nights 2 in 2011, which was a collection of retro-futuristic electro music inspired by vintage movie soundtracks. The band quickly developed into one of the country’s finest live offerings and it was a big set at Electric Picnic in 2011 where the hard work began to pay off and launch a thousand TUNE! signs.

The following year, the Fade 2 Forever EP cemented their status as not only a great live band but as an act capable of great songs and an anthem too. ‘Love System’ with vocals by Elaine Mai became the go-to festival song of 2012 and many other sets following it. The Mark Duggan-directed Point Break-style video only compounded the song’s status.

A few years of bringing that live show anywhere they could including a late night slot at Electric Picnic (joined by Fight Like Apes’ MayKay to cover N-Trance’s ‘Set U Free’) and in 2013, the coveted Body&Soul late night closing set and a Nialler9-assisted show in the Olympia among them. They added flair, dancers, glowsticks and JURASSIC PARK!

GIFs from our Electric Picnic coverage that year.

All of which set them up for album number two – Le Club with MayKay on single ‘Carmen’, a sax-augmented version of ‘Love System’ that the band had trialed at live shows with Ben Castle and other standouts like ‘Put The Chain On’, ‘Streetheart’, ‘Humanise’ and Senita Appiakorang on vocals for two of the album’s tracks.

I wrote at the time, that:

Le Club pushes the nods and winks to a Tron age to the background while focusing on gigantic song-led bangers built on dance music dynamism with live instruments.

Even when the music does overtly sound like an alternative soundtrack to Back To The Future, French electro or the night-time street theatre of Drive, it is always fun, transportive and designed to make you move. And, this time around there’s an increasing sense of occasion.

Le Club is a rare thing, an album of joyous bangers that works in any environment, le club, the festival and your headphones.

The following years saw the band continue to bolster that live reputation, which lead to a publishing deal and a third album Pleasure (initially delayed by a label deal). When the album finally came out in 2018, May Kay was a full-time member of the band and the album displayed a confidence and melodic heft that comes from road-tested and production experience.

From our short review:

It’s still a party, but it feels like a fresher, modern one, of rave pop sounds. The band’s newest member May Kay brings a duality to Michael Pope’s vocals that increases the human presence of the band’s music and makes their music more hook-filled. It’s still an album of absolute dance bangers, as you may expect from this band but richer and more varied, more confident employing piano-house, rave, comedown electro , synth-disco, and an Underworld-esque song called Demi Moore with the title repeated dozens of times that shouldn’t work but does. At a slim 10 tracks, Le Galaxie wear their skin more comfortably than they’ve ever done before.

Alas, nothing lasts forever and things must return to the cosmos. “”We’ve completed Le Galaxie,” as they put in their typically pop-culture-knowing way. Le Galaxie were the premier Irish live dance band of the last 10 years and create a place in a live setting where I experienced nights that will live long in the memory.

McGloughlin, who left the band quietly last year is now making music as Fakenamé and whatever the other members get up to, we wish the five partystarters the best. It seems fitting to close with a theme song that the band made their own:

Hello friends, it's time to say goodbye. We've completed LE GALAXIE. It's been a true pleasure to spend the last decade with you all. Thank you from the bottom of our hearts! Lots of love. Gotta go x, pic.twitter.com/1BNcgqr4WO