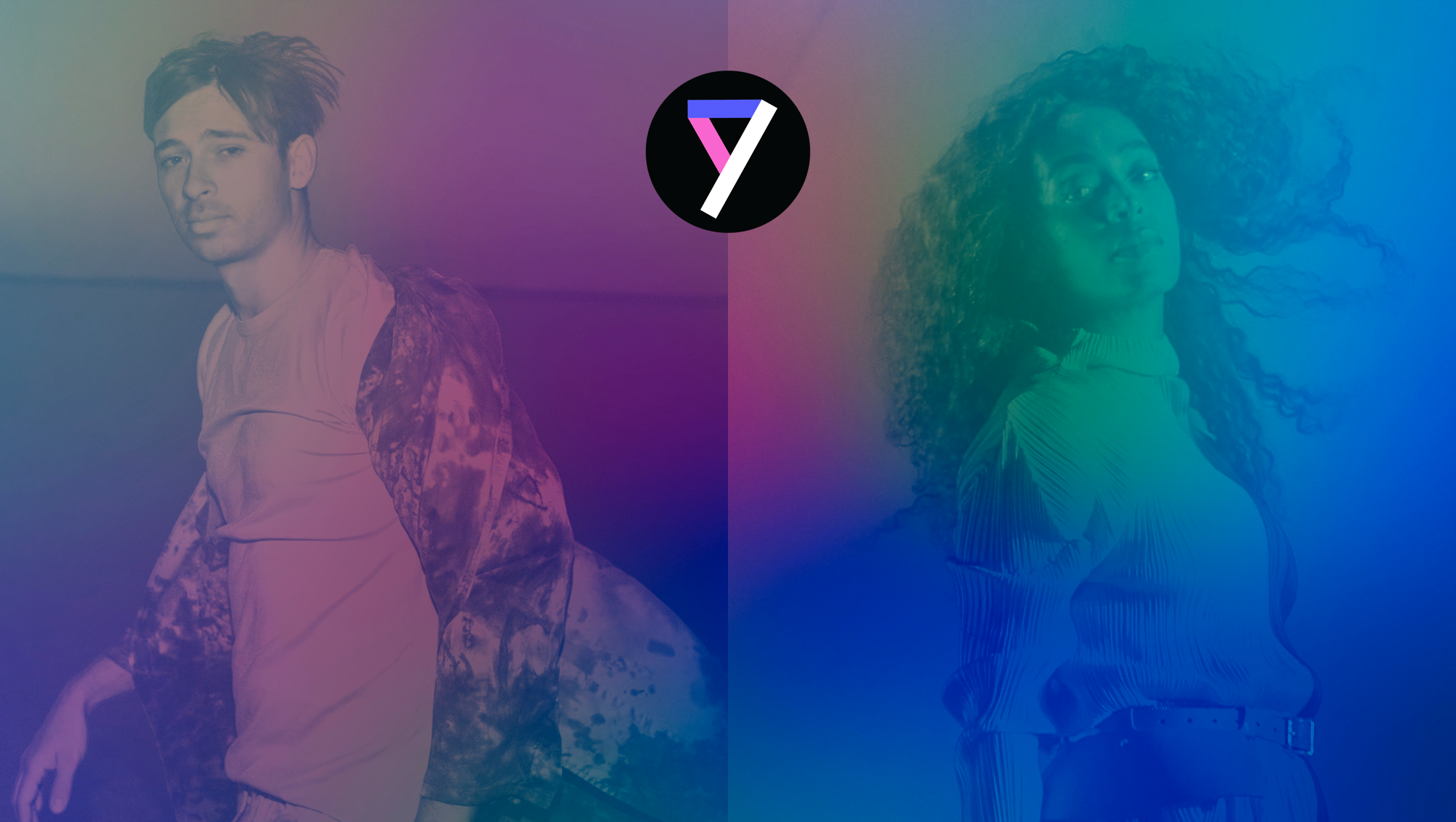 Singling out one song from Solange’s new album When I Get Home is tough as the album’s mood hangs together across 19 tracks that are smudged together like a hazy reverie. While the album works best as a whole, ‘Stay Flo’ is one of the few tracks on the album that works for a single play and that I’ve come back to for that reason on its own. The whole album is very much worth your time. We discussed it recently on the podcast.

From Flume’s mixtape drop which gave us fruitful productions and collabs with JPEGMAFIA and Sophie. ‘High Beams’ captures all the excitement of a Flume production in one with the added bonus of Slowthai’s unique vocals.

The Turkish-Bajan-Irish Londoner’s debut album Miss Universe is a weird and wonderful collection of indie and R&B music threaded with conceptual narratives interjections to a wellness centre hotline. Tears is the apex of the intersection between her disparate styles, an off-filter synth-driven R&B song with Yanya asking for restraint or she’ll be “lyin’ in a pool of someone else’s blood.”

Spain’s biggest breakthrough artist of the last couple of years has diverted the significant attention on her modern flamenco R&B album and Nialler9 favourite El Mal Querer to reggaeton, a Latin genre she has long harboured a love for. The genre’s persistent dembow beat is present and as this is Rosalía, so too is fusion with her beloved flamenco, salsa and cuban rhythm. It’s all wrapped in a succinct pop package that is already making this song a global crossover hit.

South Korean producer Peggy Gou is back with her own label Gudu Records and ‘Starry Night’ is our personal favourite from it. It’s the same ultra slick, acid house sound that made us fall for the producer back in the days of ‘It Makes You Forget’.

‘xanny’ from the 17 year-old pop smash Billie Eilish’s debut album is indicative of the interesting pop music that Billie makes and has truly established on this release. A song about not taking drugs like everyone else, ‘xanny’ is awash with production effects that ape the dragged and smushy feelings of intoxication. Whether it’s the distorted low-end or the blossoming of the song into a lush 70s soft-rock flourish, it’s a demonstration of the jump that Eilish has made in pop music. You should see her in a crown.

Foals released the first part of their two part 2019 album(s) Everything Not Saved Will Be Lost last month and our highlight, ‘In Degrees’, recalls the propulsion and energy of older songs but develops in lyrical imagery and stamina.

We’ve Got To Try

The release of The Chemical Brothers‘ new album No Geography is imminent (April 12th) ‘We’ve Got To Try’ feels like a natural progression from the last track we heard from them ‘Got To Keep On’ with 80s synths and warped guitar tones amidst bouncy percussion beats that renders dancing a compulsion. These two titles also imply that this is set to be their most tonally positive album yet.

Every Home Should Have One

Every track on New Jackson’s recent EP Romancecar on Permanent Vacation is a doozy but this lush vista has kept coming back in my rearview.

The evergreen magic of Bibio continues with Ribbons coming out on April 12th on Warp Records and ‘Old Graffiti’ is one of those classic Bibio tracks he does so well – smudged funk, retro feels and classic style.

Rafino Murphy has released a series of once-off tracks that piqued our interest, but news of a signing with Dublin’s Faction Records and this new UMO-esque jam has us excited to hear much more.

A highlight from the best band in Ireland currently sitting their Leaving cert, it’s Limerick’s Powpig on a split release with Junior Brother.

We gave an extensive context to what’s going on around this Belfast rap group’s recent song but simply, this new one is a banger and it’s funny too.

Tierra Whack was one of our favourite discoveries of 2018 and her latest material will show you why. She released a run of songs to followup Whack World. ‘Gloria’ in particular is a bouncy and agile bop with merits that lie in Whack’s smooth vocal delivery and lyrics that are authentic to her craft. The growling bass that swells in and out is a highlight too.

Mr Oizo’s new ‘Rythme Plat’ is about as hard-hitting and off the wall as you might expect from the Parisian electronica maestro. Still the ideal pairing with Ed Banger Records, the producer mangles and mauls the life out of an analogue synth bass on the title track from the project. The new EP marks 20 years since ‘Flat Beat’.

‘CHOOSE GO!’ is the opening track from all-female Japanese punk group Chai’s new LP Punk. The band and the album champion a progressive message throughout the LP with lyrics focused around female autonomy and more. ‘CHOOSE GO!’ is sugary sweet and ultra hyper, played just below the speed of light. It’s carried on a distorted bass line, staccato against the snare hits. Lead vocalist Mana’s performance is relentless, spilling over from one phrase to the next. Obviously, there’s a bit of a language barrier but there’s more than enough latent energy and fire on ‘CHOOSE GO!’ to win over any listener. Niall and Andrea covered Punk extensively on the latest Nialler9 Podcast, check it out here.

Be There For You

The first song from Le Boom’s forthcoming EP All Of My Highs on May 3rd is a sheenful slice of electronic pop with both sides of that genre in a duality with each other. The melodies stick in the brain and the arrangement allows the track to breath into a percussive stomper.

‘Nobody’ is the first track from Mac DeMarco’s upcoming album Here Comes the Cowboy  . The song excels in its simplicity and minimalist instrumentation that allows the singer’s idiosyncrasies in the lyrics and vocals to sit at the forefront, “for the creature on television, there’s no turning back to nobody… another creature, who’s lost its vision”.

A percussive chugger from the German on Uncanny Valley’s recent release and a followup to his album Power.

Haim do their broody thing well on this restrained number from French producer Gesaffelstein’s album Hyperion. The album is patchy but this is a gem.

We featured Loyle Carner as one of our 19 New Artists to Love in 2019 and his newest single ‘Loose Ends’ featuring Jorja Smith asserts why. The track sees Carner acknowledge the shortcomings of those who were around him when he was young, and his appreciation for those who are there for him now through smooth rhymes and intimate storytelling, “I got a lot of love, a lot of loose ends, a lot of people that I wish I knew then.” P.S. He plays The Grand Social this April 27th.

‘On The Dry’ is the Dublin electronic artist’s most direct, controlled material to date – one that has a distinctly pop orientated influence. Wastefellow has always been an adept producer, but ‘On The Dry’ and his 2018 Post Human Potential EP are the envelope being pushed, progression in motion.

Would You Let Me In?

Dubliner April Lawlor has been quietly releasing covers and originals on her Souundcloud of late. Among the covers of Ariana, Lana, Billie Eilish and more are some original R&B songs which display a dab hand at simply-effective production for a lovely vocal delivery that reminds me of the band WET.