Listen to the Nialler9 albums of 2014 special TXFM show

For the ninth year, I’ve handed the mic over to you guys to see what Irish albums made you move or moved you. This year 92 individual albums voted for and if you want to see the top 50, it’s at the end. But here’s a focus on the top 25 Irish albums released in 2014 as voted for by Nialler9 readers.

If anything tickles your fancy, be sure to drop into one of the Tower Records in Dublin, on Dawson Street or Eason’s, O’Connell Street and support the artist by buying a copy, preferably on vinyl. 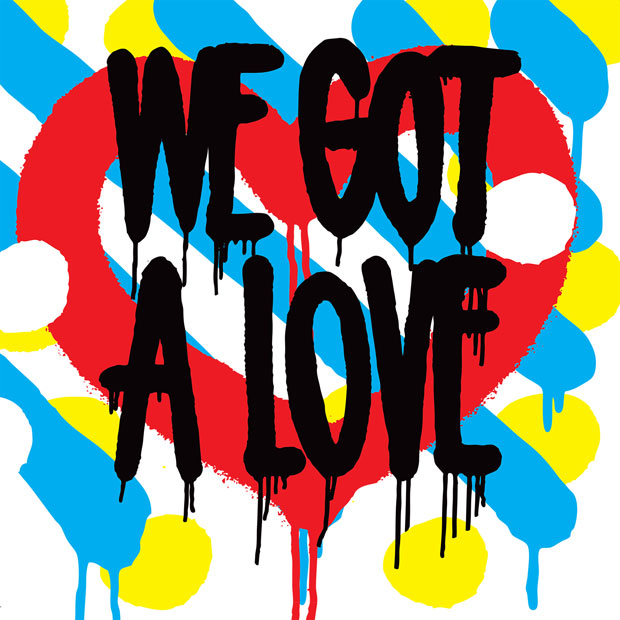 With artwork from fellow Dublin globe-travelling artist Maser, Marcus Lambkin’s second album for the influential label is thoroughly of the DFA cannon. Those drums often associated with the label are felt throughout: post-punk-style yet filtered through Lambkin’ productions.

For the most part, the songs rely on club textures and modes: filtering from synth-disco to rave to electro to house. Dance and pop tropes are reinforced by vocalists Nancy Whang, Jenr and particularly by Holly Backer on ‘Feels Like’. The title track featuring the comedian Reggie Watts doing his soulful warble thing to a house-piano beat is a highlight. 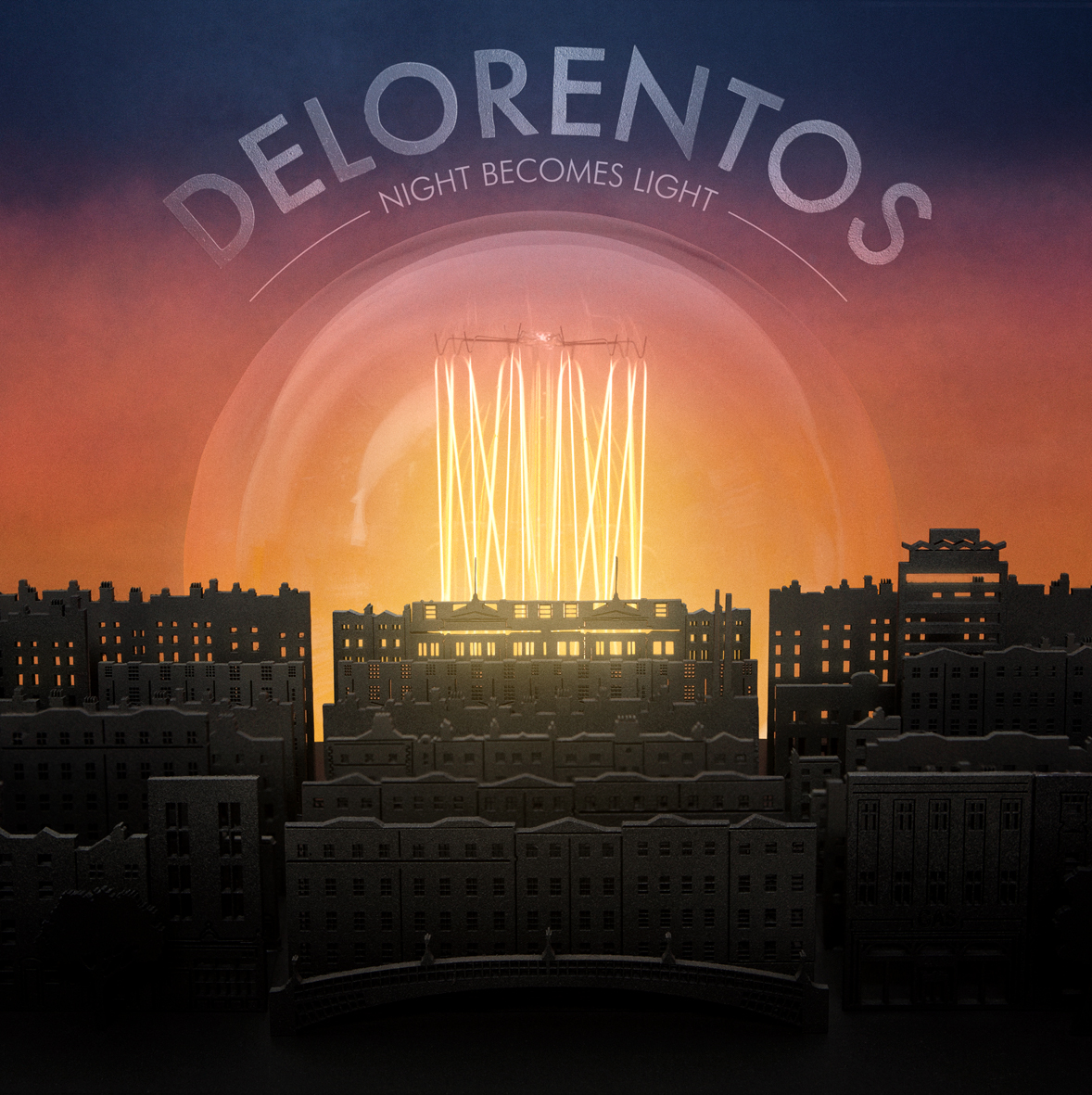 “Assured from start to finish, Delorentos can even offer a peon to their hometown (‘Dublin Love Song’) that doesn’t leave you curled up in a ball of embarrassment. Yes they’re not exactly swimming against the musical tide but that makes the results all the more impressive, that in a world full of guitar bands they can still leave their mark. Another potential hurdle cleared with few difficulties, there’s even the feeling that the real Delorentos story is only just starting.” Phil Udell – State.ie. 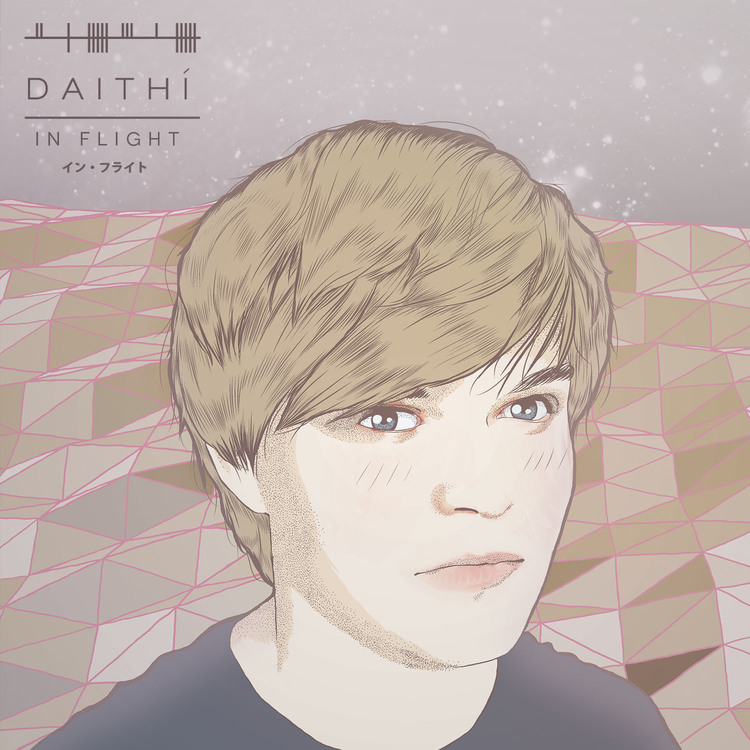 The Galway kid moves from fiddling around into EDM pop circles on his own.

From his first forays into fiddle-assisted electronica, Daithí O’Dronaí has really raised his own bar and his sights. The music on his debut album In Flight (Co-produced by rising talent Ian Ring of Young Wonder) was unlike any other Irish album made this year as it was unabashedly a pop record: albeit one with the underlying structure of house, pop, trad and electronic music

Granted Irish radio is less accepting of this type of music than the UK is which maybe explained why the album didn’t spawn a big hit but in tracks like ‘Case Closed’ with Cork singer Senita, ‘Chameleon Life’ with singer Raye and ‘Have To Go’ featuring soul singer Jesse Boykins III there are certifiable chart house-pop bangers. No-one else in Ireland is making that kind of crossover music right now. Time for some catchup. 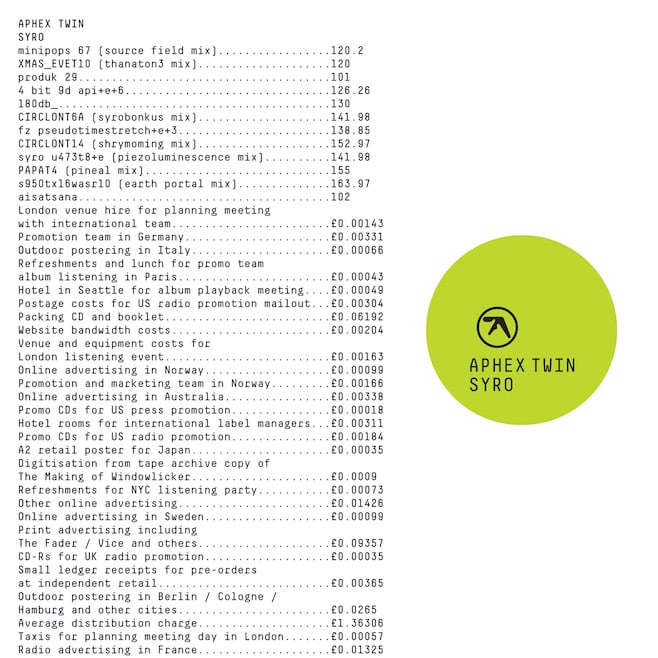 Yes, the electronic music pioneer is from Limerick so his first record in 13 years has been claimed.

“We know now that the contents of Syro is just some of the material recorded in the intervening years in one of James’ many studios. The oldest track stretch back six or seven years, using a massive 138 pieces of musical equipment (all listed in spiral on the artwork).

What appears before it also echoes the heavier side of Druqks but repeated listens reveal new textures, new moods, new avenues explored by James. The trademark eeriness of melody and general cheeky humour is still evident throughout but the greatest part of a new Aphex Twin record is that is truly allows you to get lost in its puzzle, a completely different musical terrain even when there are expected imprints of ambient works, electro, acid, jungle and squiggly funk.

The 10 minute experience of ‘XMAS_EVET10 [120][thanaton3 mix]’ feels different every time with environmental listening experiences changing the focus and feel (headphones, outdoors, late-night) as all the best electronic music can do. Syro still offers much to explore, many repeat listens in.

And that is the key to why Aphex Twin is pored over so minutely, because he goes into such detail in his music. James’ intricate compositional skills remains his biggest asset. While his sounds have been copied over the years, his brain is still peerless.”

“As they describe it, ‘a Zimbabwean Christian and an Irish pagan sit down with a pot of tea’ with the expressed interest of changing the game.

What God Knows, the founding member of the Random Acts Of Kindness collective and Ennis-born mynameisjOhn came up with (along with MuRli) is a game-changer in the way it drags Irish hip-hop into a fully-formed album/mixtape format with a confidence and skill that is unfamiliar in this country’s rap output.

MC God Knows is a fervent presence, an MC with command, as heard on the soulful clip of ‘Standard’, an easy album highlight. MynameisjOhn provides the horn-soul hip-hop backing but doesn’t rest there, the beats bang, the strings stab and God Knows goes double time to the beat slowing to let the soul sample breathe.

The versatility extends to MynameisjOhn too. ‘Throw The Spear’ reminds me of an MF Doom production – Dangerdoom era, meets Machinedrum. ‘Habbahuk’ is more plaintive, ‘Twentyfourseven’ is psychedelic funk and there are hints of a knowledge of electronic subgenres, even African dance on ‘African Shirts’.

Aspects of being an African boy growing up in Ireland seeps through the lyrics in details about being black in an Irish school. He’s Joined by MuRli and Guide on ‘Words Of Our Fathers’, a track which, in the short history of Irish-African rap would have never been made twenty years ago, and serves as an aural document of one small thing that multi-cultural Ireland has given us.”

The electro-rock band’s swansong leaves us stranded on a Mario Kart cloud.

“It’s facile to call the band math-rock or post-rock because there aren’t many of the standard tropes of those genres really left in the Adebisi Shank sound.

Post-rock used a traditional band set up to create something new with the same instruments but Adebisi strive for euphoria through a larger palette of sounds that they’ve incorporated from 80s music and video game soundtracks through vocoders, one of their dad’s saxophone playing, electro synths and Japanese pop culture. This Is The Third Album Of A Band Called Adebisi Shank is a whizz-bang of flag waving exuberance.”

4.We Cut Corners – Think Nothing

The two teachers’ second album rocks out with brevity and lyrical craft.

“The first album from John Duignan and drummer Conall O’Breachain as We Cut Corners clocked in at 27 minutes but packed in more passion, melody and meaning than most manage at twice that length. That brevity is one of the band’s greatest assets, the delivery of short, sharp gut punching tracks that bow to the three-minute rule has become a trademark.

The band’s second album Think Nothing, recorded in Donegal with Villagers’ producer/guitarist Tommy McLaughlin is no different in that regard. Two years in the making no less but running at just 34 seconds extra, it wastes little of that duration. We Cut Corners are not a band made for indulgences.” 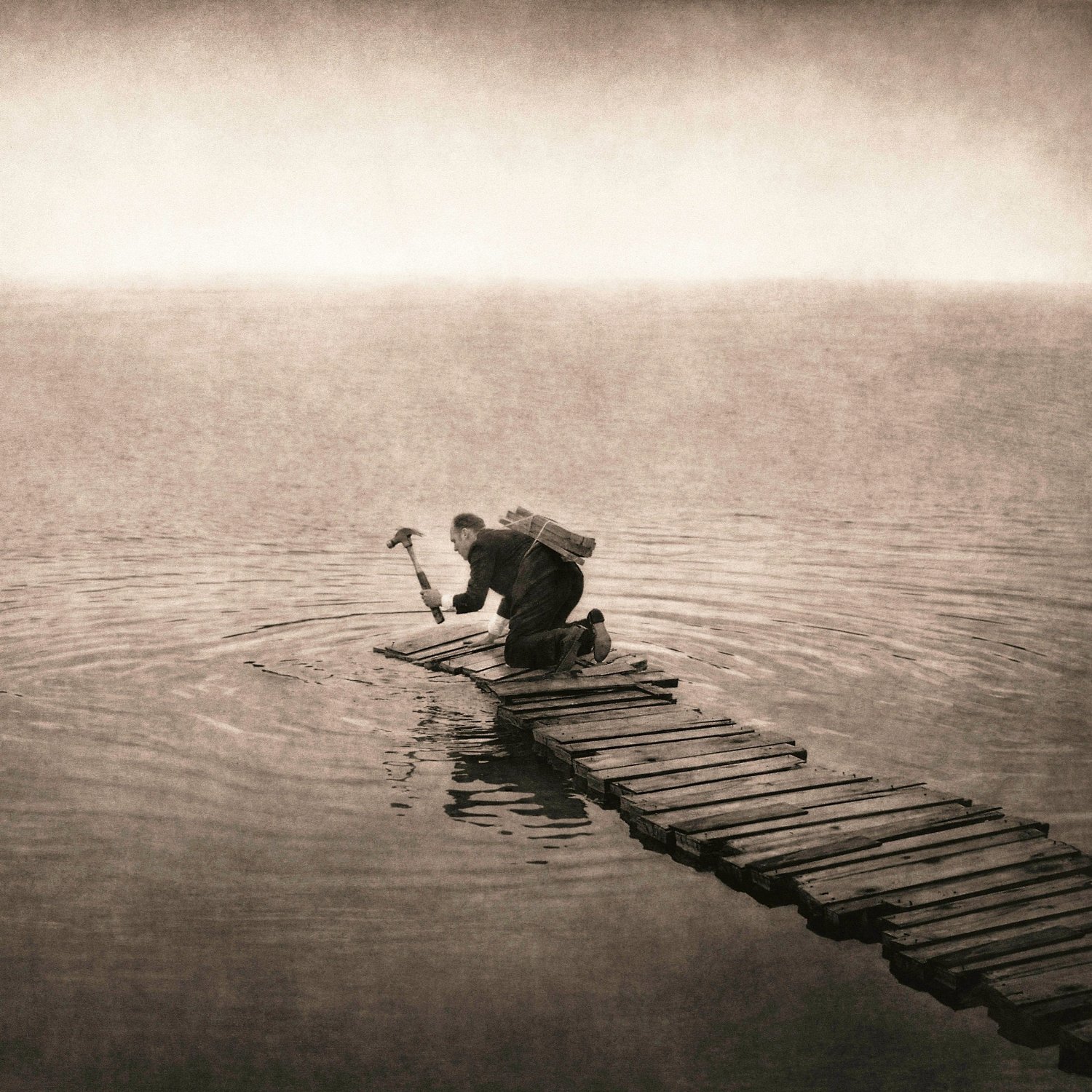 “Those self-imposed challenges over the years lead fiddle player Hayes to to form The Gloaming, a group featuring two other Irishmen: singer Iarla Ó Lionáird, Caoimhin Ó Raghallaigh, playing his hardanger fiddle (a special instrument of Norwegian origin with eight or nine strings rather than four) and two Americans, the guitarist and frequent Hayes collaborator Dennis Cahill and American pianist Thomas Bartlett.

The Gloaming does create new ideas in old ones, by gelling the different experiences of the players. “I don’t recognise the lines that the rest of this band sees,” Bartlett says in a documentary about the band. ‘They’re very happy to go outside of those boundaries, but the fact that I don’t even know the tradition helps make them disappear.’

The Gloaming achieves a spacious temporal glow. Its evocative arrangements let the tunes breathe between the players, using familiar language in what feels like fresh ways. It communicates with the outside world from Cork to Clare to Vermont to Chicago to Norway and beyond. It has a context in that wide open world and does something delicate with the weight of history that informs it.”

The Wicklow bluesy/rock singer was Spotify’s most viral artist of the year and defied expectation. My, how he’s grown.

“The Wicklow man’s debut album’s 13 songs reveal an assured lyricist, a powerful singer and dedicated blues guitarist that is a stern reminder, despite his growing ubiquity, of exactly why the dude is only going to get more visible.”

“Taken all together in album format, it’s the howl, the voice that keeps drawing you back. Hozier-Byrne proves he knows how to write a good song or 13, and he knows how to use his Bill Withers bellow to memorable effect. Hozier has the confidence where it matters – in the tunes. Everything else is already on the cards.”

The Dubliner transitions from the folk tag to something much more effervescent.

McMorrow revels in defying those tags here. Recorded largely by himself, possibly all of the instruments and all of the layered harmonies which are also his, in a studio on a pecan farm in Texas on the Mexico border, Post Tropical is all about keeping away from the obvious.

It’s worth stating again, that the album is the work of one talented man’s intense schedule in isolation. It’s a towering achievement in that case but even without knowing that fact, Post Tropical stands up as a less-immediate release to its predecessor. It’s an emphatically unconventional yet rewarding album and a considerable achievement for its creator.”

Listen to the Nialler9 albums of 2014 special TXFM show