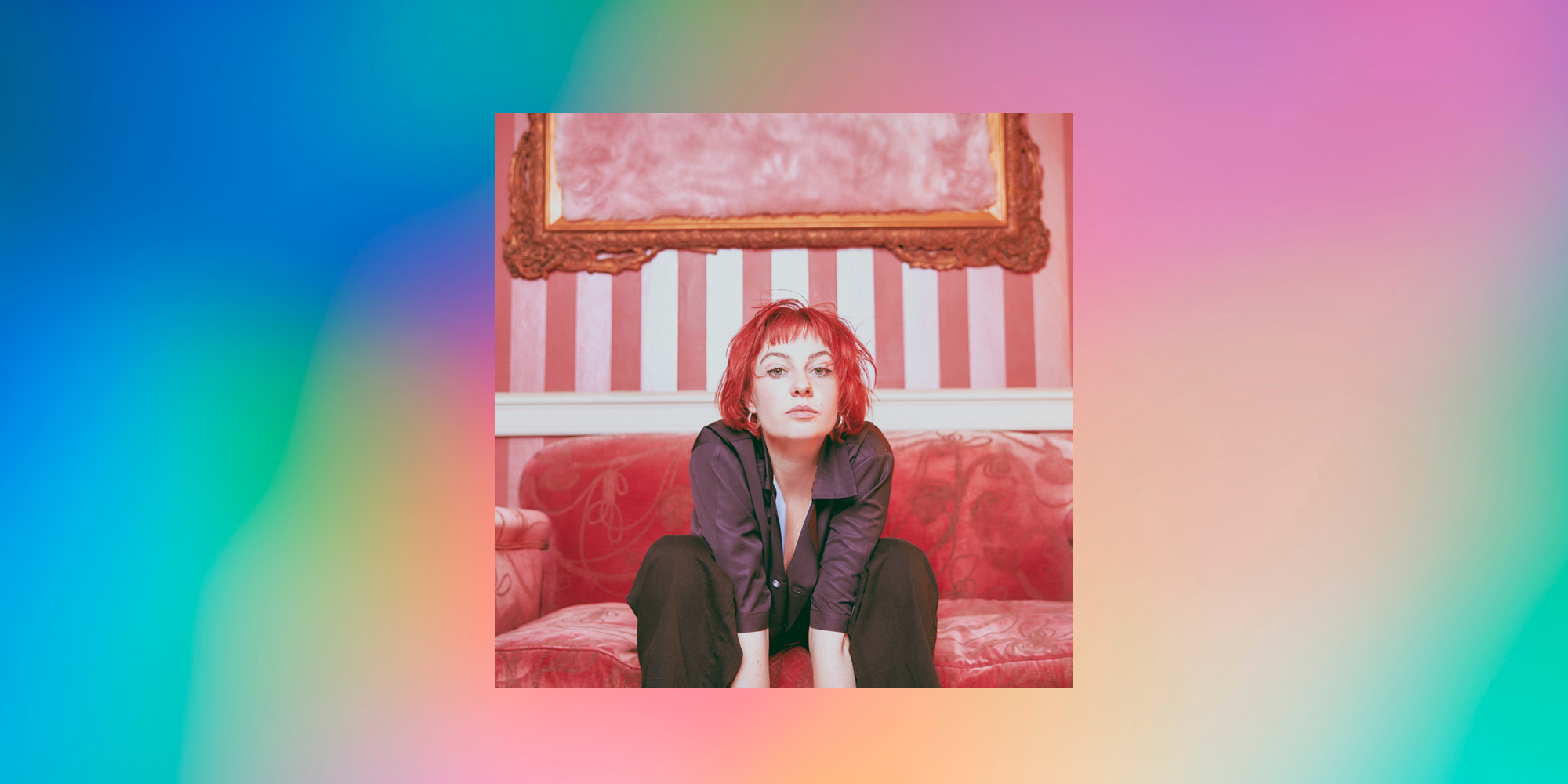 Biig Piig keeps coming correct this year, while moving away from her jazz rap roots. ‘Feels Right’ is a big tune – one that moves between anthemic pop and a funk dance banger. It seems 2021 could be a breakout year for the Irish/Spanish artist. This is like a low-key Future Nostalgia off-cut.

The South London four-piece Dry Cleaning have cultivated a spoken word and guitar rock combo that is more engaging than most when they try to make it their own. For the band’s first release on 4AD, they may have just released the best song of their discography so far – ‘Scratchcard Lanyard’ is a triumph of Florence Shaw’s streaming monologue set to the band’s music that rather than add dissonance, underscores her sentiments beautifully. The ingenious Rottingdean Bazaar video also elevates the experience of the song.

This song from the Korean/American artist started playing after Tierra Whack on Youtube and has become a repeat play all November.

The Limerick rap artist Strange Boy is one of the most unique and talented voices in rap and beyond in the country of Ireland at the moment.

Having featured on the South West All Stars remix, crushed it with various PX Music heads and collaborated on Delush’s ‘It’s Alright’ lately, Strange Boy’s newest solo song is really something else.

‘The Pope’ uses an acoustic guitar and bodhrán backing for Strange Boy’s raps about aspiration of an unusual nature – the song is “written from the perspective of a twelve year old child whose dream is to attain the perks of being the biggest rockstar on the planet, while denouncing all that is sacred and holy.”

London artist Oscar #Worldpeace drops a short 10–minute EP called His And Hers, of short and sweet atmospheric beat rap productions, that leads with this memorable track.

If We Make It Through December

Not content with a charity cover of the Goo Goo Dolls’ ‘Iris’ and Copycat Killer, an orchestral EP of songs from her 2020 album Punisher, Phoebe Bridgers also released a Christmas cover in November.

It is a cover of Merle Haggard’s ‘If We Make It Through December’, of which proceeds from sales and streams will go directly to Downtown Women’s Center, an organisation in Los Angeles focused exclusively on serving and empowering women experiencing homelessness and formerly homeless women.

Don’t sleep on this modern disco record from The Vision. As reviewed on the podcast.

It’s no secret Madlib is my musical hero. I wrote this almost 2 years ago, but at first had trouble with clearing the sample and thought it would never see the light of day.

“It’s really just about what it is to be black and white, in a world where you pretty much have to be one or the other.

“I hope that soon this song is nothing more than a reminder of a different time, and collectively we’re able to move forward to a time of more respect, acceptance and understanding.”

Jafaris came through with a new EP I Love You But I’m In A Bad​.​.​.​.​Mood last month and ‘Beggar’ is a fine example of the Irish rapper’s high bar in releasing a tune. The brass on the outro gives this tune a lift but the melodies and hook are always strong with Uncle Jafa.

A gentle song that typifies the under-your-skin nature of Adrienne Lenker’s music, either solo or with Big Thief.

James Vincent McMorrow followed up the Kenny Beats co-produced song ‘I Should Go’ and ‘Headlights’ with ‘Gone’ a track co-produced by Paul Epworth and Moon Willis.

‘Gone’ continues that song’s rhythmic sway with reggaeton-lite beats (much like the recent song he produced featuring Denise Chaila, Sorcha Richardson, God Knows, and MuRli) which swirls into a larger synth-assisted chorus.

The New Jersey artist Fousheé arrived in the summer with ‘Deep End’ , a track that SZA and Noname were vibing along to picking up a Spotify Viral top 50 global placement thanks to a freestyle Tik Tok video featuring the vocals that took off.

Now signed to Trackmasters/RCA Records, ‘Single AF’ is the kind of cool debut solo single that marks a one to watch for 2021.

After the Robyn and Channel Tres-featuring ‘Impact’, SG Lewis offers up a slice of smooth silky dance funk from his forthcoming album.

“I took a bit of time off to recalibrate but I came out just as angry and probably more annoyed that even though I’ve ran around the country like a mad man for 2 years, to my own discontent I haven’t amassed the capability to get my mother a new home. Our one we grew up in is an 80s council cottage, its always been cramped but full of memories. I’d like to buy it at some stage to own it and get my mother a new house with a bigger kitchen in Kilkenny because she thinks it’s lovely. This is why I rap now. And this is for all my council families.”

My highlight from JYellowL’s 2020 D|VISION album features production from Chris Kabs that reminds of the early Neptunes. And JyellowL showcases his flow over that beat nicely.

Dubliner Malaki re-imagines a Van Morrison song in his own style. From his Chrysalis LP. As seen on the Late Late.

I Don’t Recognise You

The Galway band NewDad are going from strength to strength with Steve Lamacq and a BBC 6 Music session already under their belt. ‘I Don’t Recognise You’ is just the latest quality song from the 2020 debutantes.

Ross Turner has released a full-length of electronic compositions under the name The Din called Digress and the title track is wobbly slice of shadowy vocals and motorik rhythms that I very much enjoy.

Ride On My Own

Here, the artist strikes out on her own with this upbeat track ‘Ride On My Own’ a song that distills a message of nuance into a poppy bop, reminiscent of the R&B electronic of Banks

The lyrics “represent a girl who has found strength and a second wind in her step through a traumatic suppressive relationship that put her in a weak position by an archaic idea that supports female compliance.”

Dip into Max Cooper’s discography and you’ll always find something of interest is how I think of the Northern Irish producer’s music these days. Cooper is consistently releasing textured, varied and imaginative music paired with beautiful visuals. Case in point – ‘Spike’ from the Earth EP with a video by Yoshi Sodeoka.

I’m loving this floaty take on Elaine Malone’s ‘You’ from fellow Cork musician 1000 Beasts, one of our top 40 best new Irish acts of 2020.

Katy J Pearson is a solo artist formerly of Ardyn, who we were fans of around here, who released a debut album in November called Return. Whereas that album is more of a retro folk vibe, Pearson’s Stevie Nicks-esque voice works wonderfully in an upbeat dance setting as per this remix.

12 new songs from Irish artists you should hear this week